We're back with a bite-sized discussion of two fascinating food history and science stories that have crossed our paths in the last couple of weeks. This time, co-host Nicky spends a week living on Soylent, the Silicon Valley-spawned food replacement-drink, and then we learn about the weird world of fruit detectives, who hunt down America's long-lost apples with the help of watercolor illustrations drawn by 19th-century USDA artists. In one short, sweet conversation, we go from the recurring futuristic fantasy of the meal-in-a-pill to the unintentionally disastrous impact of Prohibition on America's apple diversity.

Here are links to the stories and books we discuss in this bite-sized episode—all worth checking out.

Nicky's article takes Soylent as the starting point to explore the implications of opting out of food, in terms of human physiology, the family meal, female labor force participation, and more. You can read it in full here. 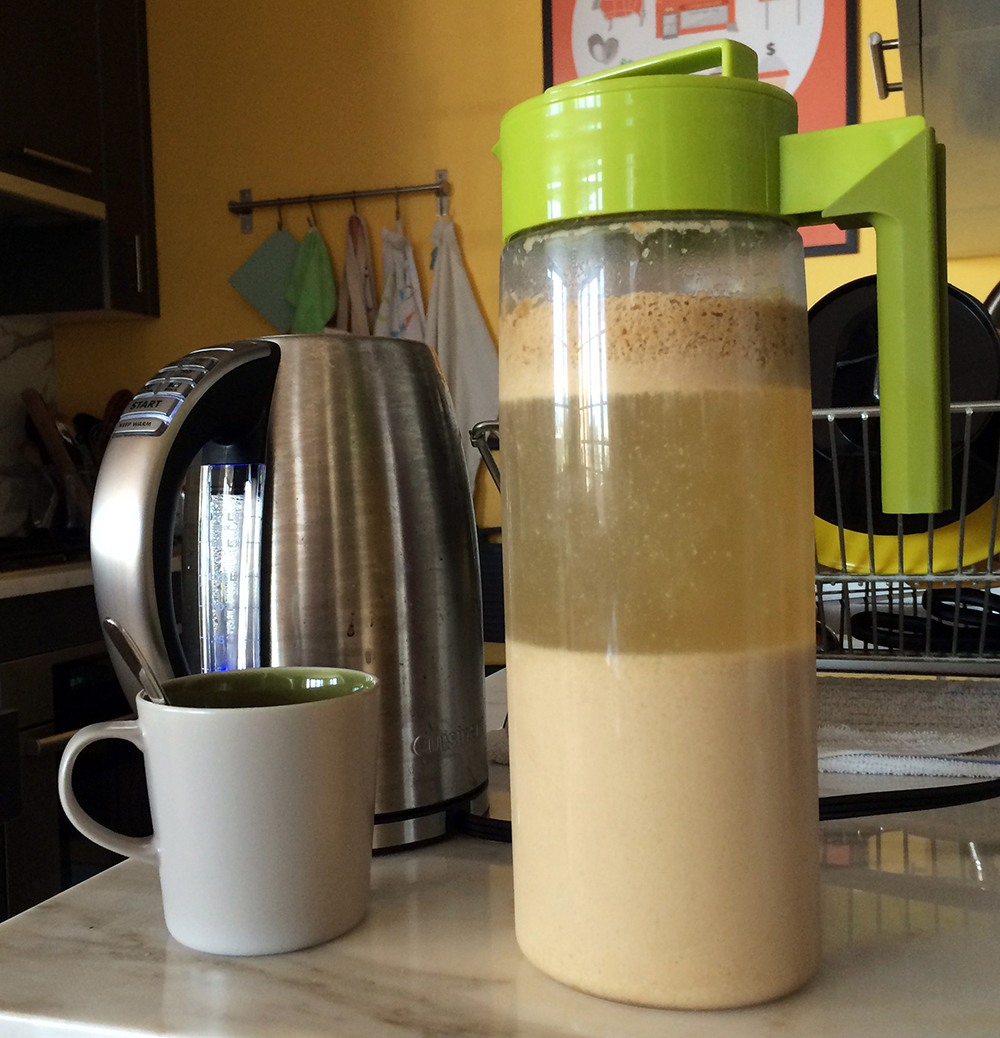 A day's-worth of Soylent in a jug awaits consumption in Nicky's otherwise abandoned kitchen.

Meals to Come: A History of the Future of Food, Warren Belasco

Historian Warren Belasco's survey of how Americans in the past have imagined the future of food demonstrates that there is indeed nothing new under the sun—our ancestors were also split between techno-Utopians, fantasizing about meals in pill form, and skeptics who regarded any and all changes in food and farming with alarm. Well worth a read, not only to put current debates in context but also to marvel at such curiosities as the Electrified Farm of the 1939 World's Fair, Gail Borden's "meat biscuit," and Stanford's doomed attempts to produce "plankton soup."

"An Apple a Day, for 47 Years," Michael Tortorello, The New York Times

This recent article in The New York Times profiles Dan Bussey and his epic, seven-volume, nearly 3,000-page encyclopedia, The Illustrated History of Apples in North America, which is to be published starting in January 2015. Bussey, whose day job is in the restaurant supply business, started work on the manuscript in 1983, tracking down records and, in some cases, living specimens, of all 17,000 apple varieties known to have grown in America between the years 1623 and 2000.

The majority of this extraordinary collection of watercolor paintings, line drawings, and wax models was created between 1894 and 1916, by 21 artists employed by the United States Department of Agriculture to document new fruit varieties. It's housed at the National Agricultural Library in Beltsville, Maryland. Many of these images will be published for the first time in Dan Bussey's forthcoming book, The Illustrated History of Apples in North America, but you can browse digital versions online here.

"How to Trademark a Fruit," Daniel J. Kevles, Smithsonian Magazine

Daniel Kevles, a Yale historian working on a book about intellectual property and living organisms, recently wrote about the significance of the USDA's Pomological Watercolor Collection as an early attempt by breeders to protect new fruit cultivars as intellectual property—and its replacement by the Plant Patent Act of 1930. Read his story in full here.

Nicky is a firm Cox's Orange Pippin fan—this is her benchmark for apple-ness. It's a pretty orangey-reddish-green, with some russeting. It's usually on the small side (a very good thing), crisp, sweet, and beyond delicious. Best of all, in England, it's a normal supermarket apple, not a fancy heirloom, so she grew up eating and loving it. Cynthia is less obsessive about eating apples, but she's a big fan of the new wave of artisanal hard ciders. The one in her fridge right now is the Urban Farm Fermentory's "Hopped Cidah," which has a funky grapefruit note that she loves.

Let us know your apple picks in the comments, and, if you've tried Soylent, we'd love to hear your thoughts on that too!