DNA: it's the genetic information that makes plants and animals what we are. Most of the time when you hear about it in the context of food, it's to do with breeding. But in this short episode, we bring you two DNA detective stories that show how genetic analysis can rewrite the history of agriculture and fight food fraud—at least some of the time.

Listen now to hear how preserved DNA from an underwater site off the coast of Britain is helping paint a picture of how hunter gatherers in Northern Europe might first have experienced the wonders of agriculture, by trading kernels of exotic, domesticated Near Eastern wheat over long distances. We'll also explore DNA's role in some controversial accusations of food fraud and introduce you to the mysterious publication that defines the official standards of identity for food ingredients. And, finally, we squeeze in a short trip to Dublin's Science Gallery, to talk to chef Clare Anne O'Keefe about a dish that was entirely inspired by Gastropod!

Listen to Cynthia's mini-podcast for Scientific American on the surprising results from DNA testing of an underwater archaeological site in the English Channel, as reported in the paper "Sedimentary DNA from a submerged site reveals wheat in the British Isles 8000 years ago," published in the journal Science. In a blog post reviewing the findings, archaeobotanist Dorian Fuller speculates that these early grains "would have been symbolically charged as exotica much like spices in much later times."

"Waiter, I'll have the Gastropod special!"

To accompany Nicky's recent public event—a conversation with Ross Golden-Bannon at the Science Gallery, Dublin, called "A Plateful of Food Culture"—chef Clare Anne O'Keefe created a special dish to serve in the Science Gallery cafeteria, incorporating a variety of ideas and foods we've featured on Gastropod! She used potatoes, seaweed, and subnatural foods, and mixed history and science on the plate. Listen to our episode to hear Clare Anne describe the meal. 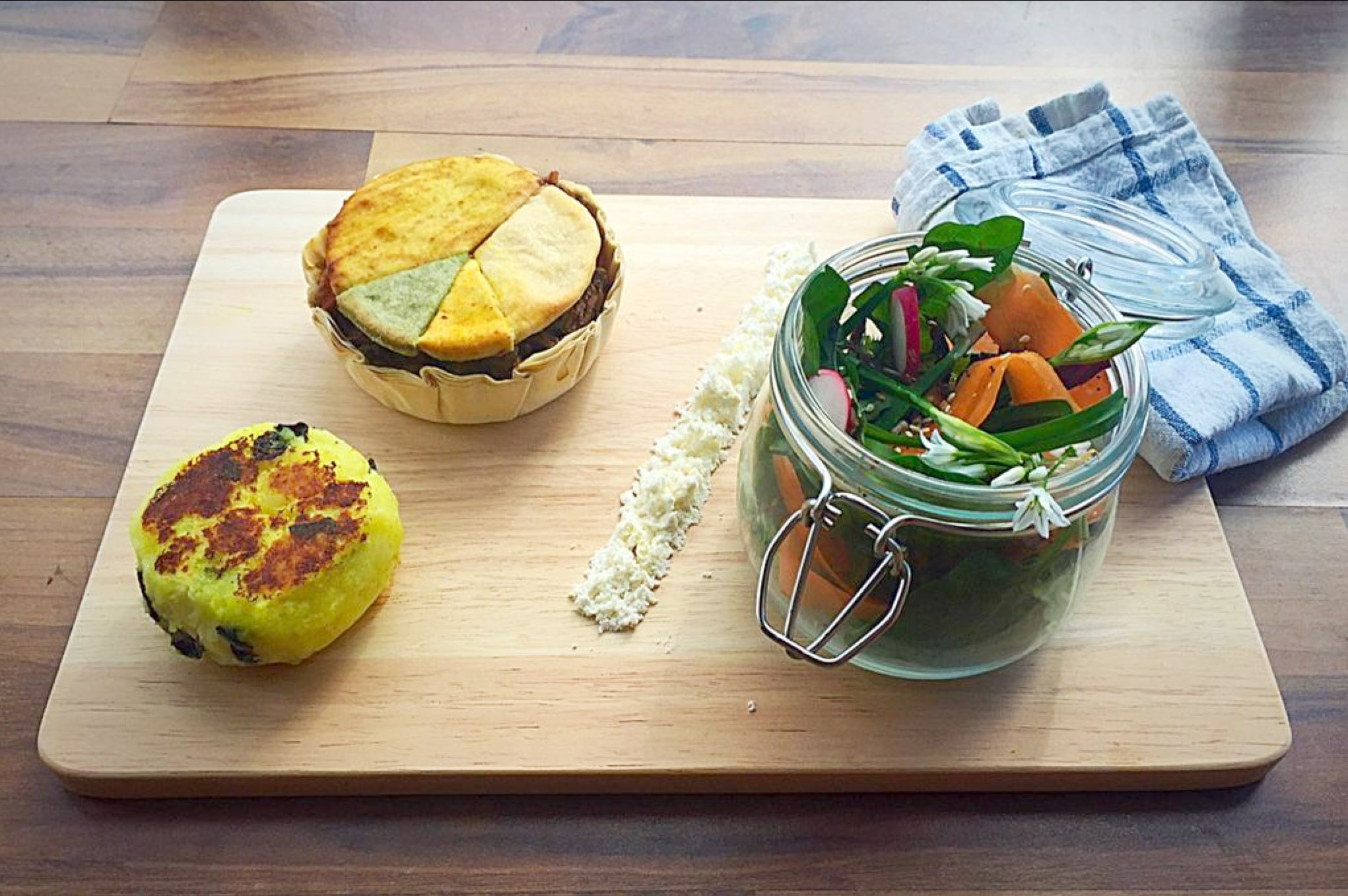 "How Not to Test a Dietary Supplement"

Check out Nicky's piece for The New Yorker's Elements blog for more on the New York State Attorney General's attempt to crack down on alleged dietary supplement fraud, the International Barcode of Life database, the United States Pharmacopeial Convention, and why this particular case of DNA detective work is likely to be an ongoing story...