Step away from the French fries—and even from that bag of pre-washed mixed greens lurking in the crisper drawer. It's time to reconsider the potato and up your salad game.

In this episode, Cynthia and Nicky talk to science writer Ferris Jabr about the chestnut-flavored, gemstone-hued potatoes he discovered in Peru, as well as the plant breeders working to expand American potato choices beyond the Russet Burbank and Yukon Gold. Plus we meet wild gardener Stephen Barstow, whose gorgeous megasalads include 537 different plants, to talk about ancient Norwegian rooftop onion gardens and the weedy origins of borscht. If you thought you knew your veggies, think again—and listen in! 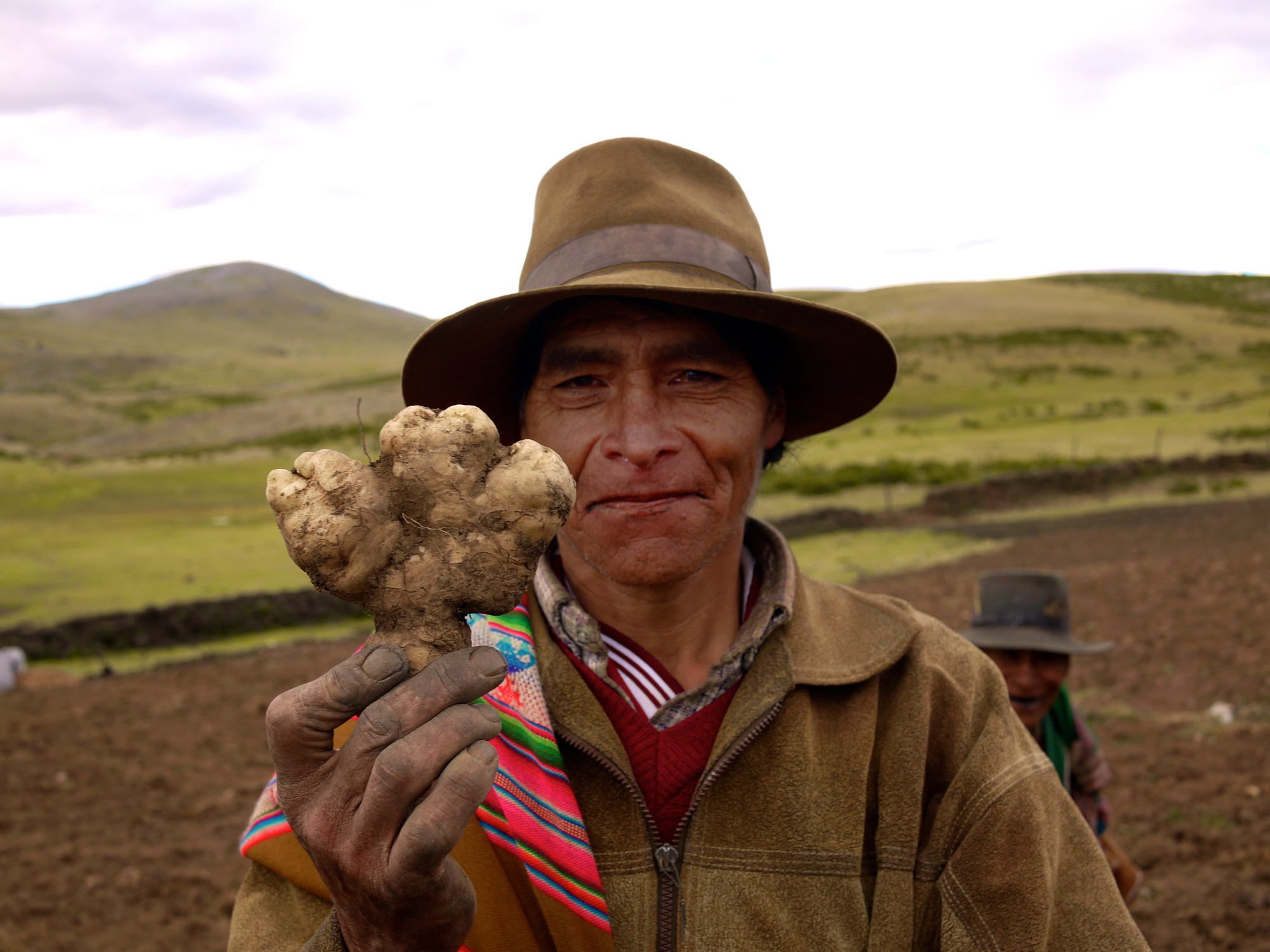 A farmer holds up a potato in Peru. Photograph by Cynthia Graber.

Lots of different kinds of potatoes and tubers for sale at a market in Peru. Photograph by Cynthia Graber.

Ferris Jabr is a freelance science journalist based in New York City. This article, written with the support of the UC Berkeley-11th Hour Food & Farming Journalism Fellowship, introduces readers to an alien universe of potatoes with pink flesh and dark blue skin, curved like croissants or knobbly like a pine cone—potatoes that taste like buttercream and caramelized beets, and that turn out to be pretty good for you, too. Read it and drool. 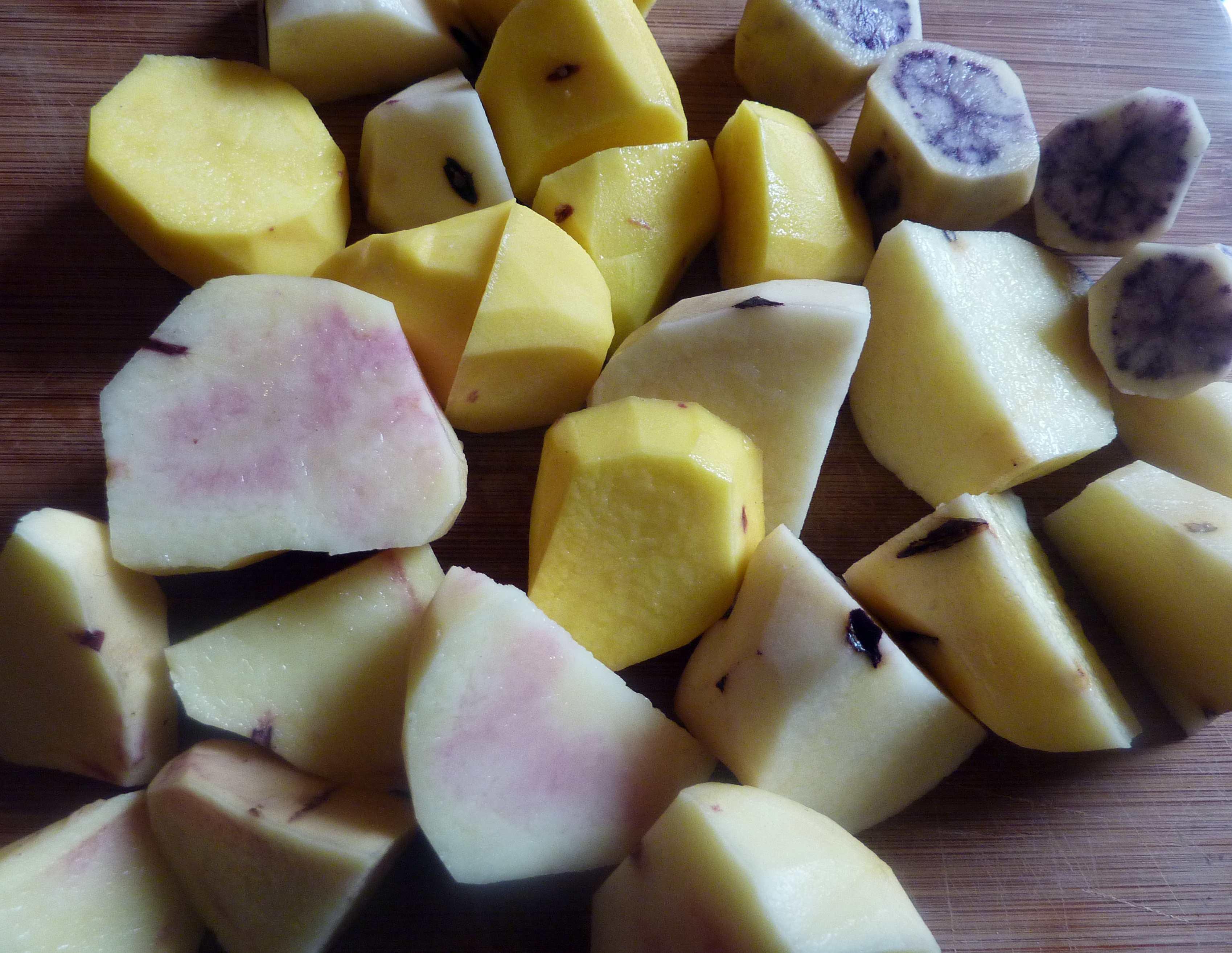 Ferris Jabr's purchases from the Mistura food festival, chopped and ready to be cooked. Photograph by Ferris Jabr. 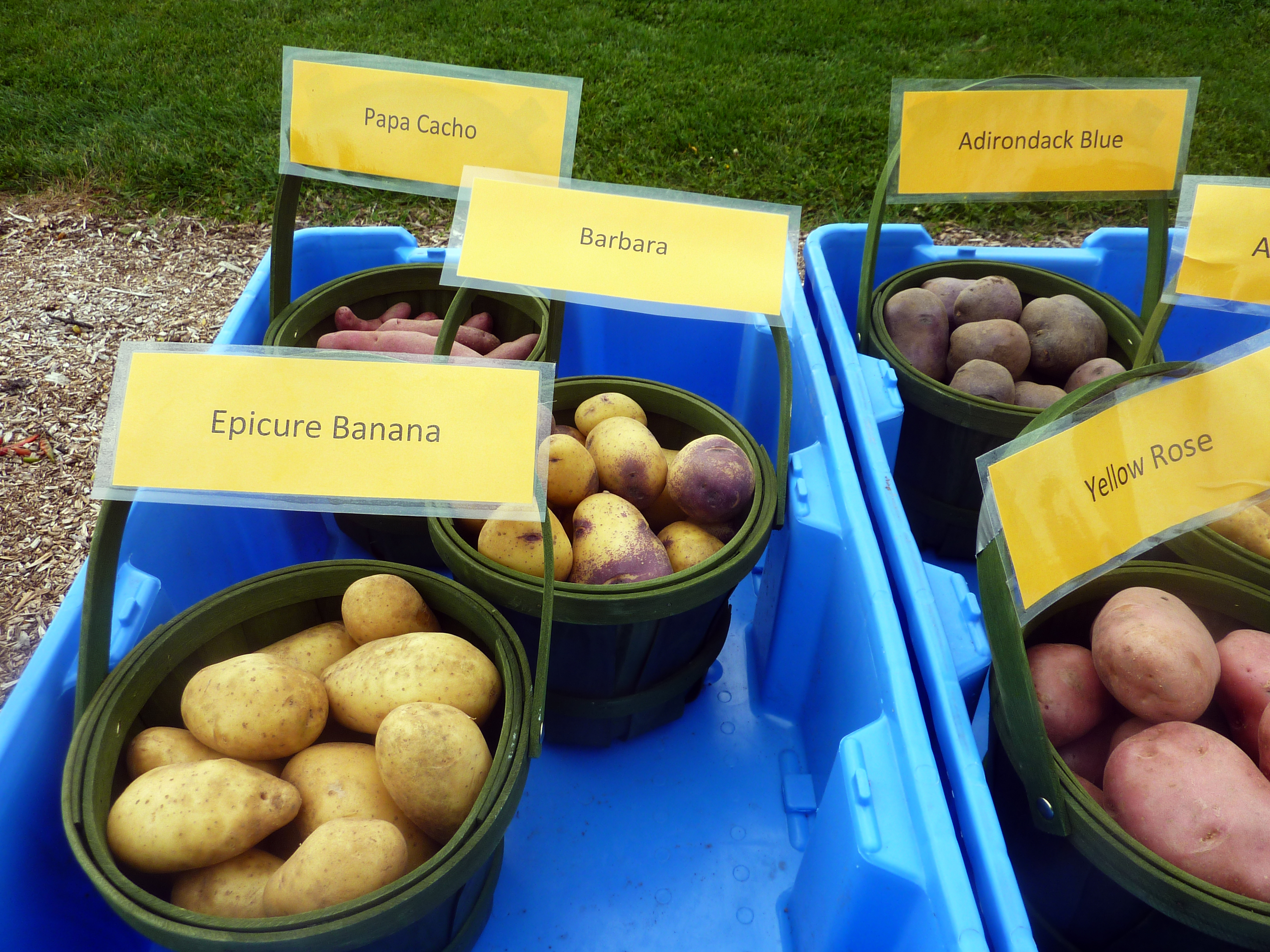 Potato varieties grown by Shelly Jansky, potato breeder and flavor expert at the University of Wisconsin. Photograph by Ferris Jabr.

Stephen Barstow's Around the World in 80 Plants

Multi-species salad, via Stephen Barstow.
This is a gardener's guide to the stories behind Barstow's favorite edible perennials, from rock samphire, a cliff-dwelling leafy green used to make the most popular pickle in Shakespeare's London, to the unexpected deliciousness of the invasive Japanese knotweed. Recipes included! 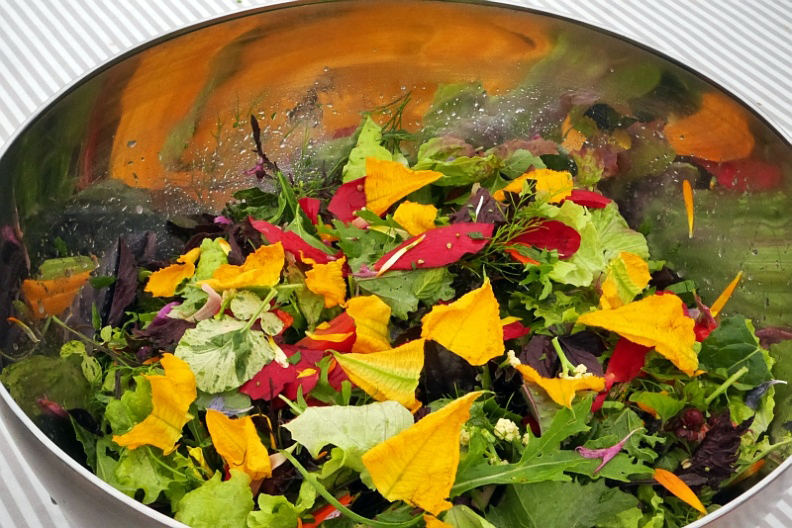 Our sponsor for this episode is Hampton Creek, a technology company that is pioneering the food space. You can find their (very tasty, egg-free) products at your local Whole Foods, Target, or Walmart. For more on their project to build the world's largest database of plant compounds, check out this Fast Company story, "Google Maps' Former Lead Data Scientist Is Now Building The World's Largest Plant Library," from August 2014.