Gastropod in your earbuds or on your stereo is great; Gastropod live is all that, plus the chance to ask questions and interact with Cynthia, Nicky, and their special guests. We even bring the snacks (venue permitting)! 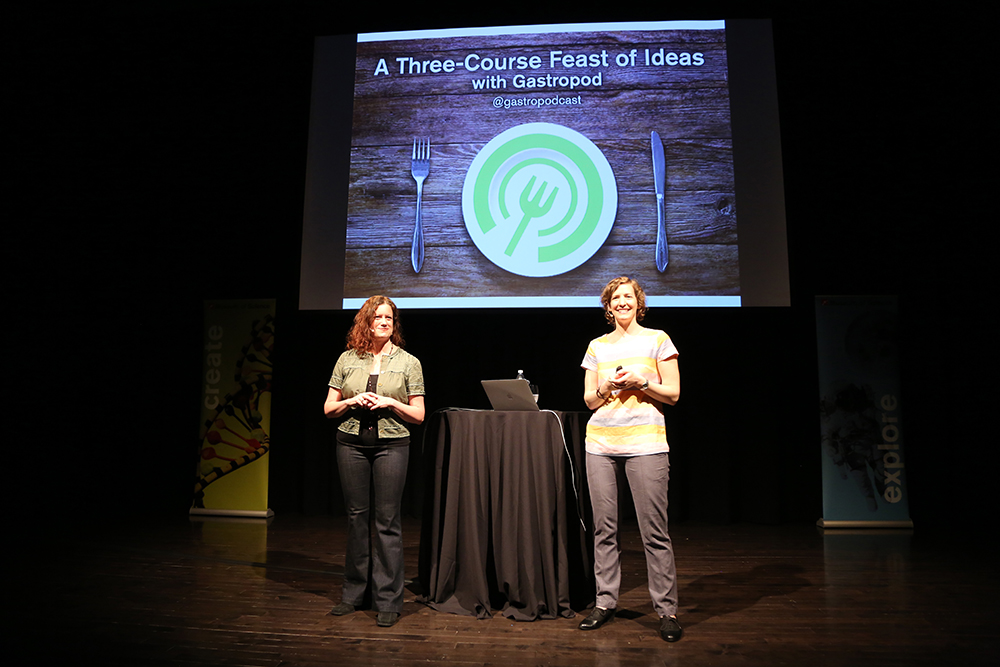 What do chocolate, asparagus, and foods that make you fart all have in common? Why do men have taste receptors in their testicles? And what tastes like a tropical mango crossed with a banana, but grows wild in the woods of Ohio? In this special live performance of the podcast Gastropod, co-hosts Cynthia Graber and Nicola Twilley will serve up a three-course feast for your eyes and ears. The evening will combine live experiments, interactive tastings, and a very special guest—Chris Chmiel of Integration Acres, the world’s largest pawpaw processor—to reveal the history and science behind the food we eat every day.

The show will begin at 7:30pm on Monday, February 11, in Baker University Center Ballroom. The performance is part of Ohio University’s Frontiers in Science series. It’s free and open to the public, and doors open at 6:30pm. Find more details on the Ohio University website.

Gastropod at The Franklin Institute in Philadelphia, Friday, November 16, 2018

We performed in front of a full house at The Franklin Institute, and were joined on stage by special guest Monell Center olfactory expert Pamela Dalton, who told us how smell and memory work together to create flavor—and revealed how she created the most disgusting smell in the world.

Gastropod at the Wisconsin Science Festival in Madison, Saturday, October 13, 2018

We headlined the 2018 Wisconsin Science Festival with this sold-out show, including special guest Irwin Goldman, University of Wisconsin-Madison carrot guru.

Gastropod at the Frost Museum of Science in Miami, Wednesday, August 1, 2018

We performed this sold-out show at the Frost Museum of Science in Miami, on August 1, 2018. We were joined on stage by special guest Ricardo Trillos of Cao Chocolates, who told us all about his new project: the first chocolate made from beans grown on the mainland U.S.

Gastropod at the Boston Museum of Science, Wednesday, February 7, 2018

How do microbes create the flavor of your favorite cheese? Are you sure that your hamburger is really made of beef? And how does music affect the taste of chocolate? Special guests at this live performance included cheese geek Jeanne Carpenter, founder and executive director of Wisconsin Cheese Originals, and Barry Levenson, a professor of food law at the University of Wisconsin as well as the founder of the Mustard Museum. This event was brought to you as part of the 2017 International Public Science Events Conference.

Gastropod at the Boston Museum of Science, Wednesday April 26, 2017

Who invented the chocolate brownie? What’s the horrifying history of toxic additives behind today’s food fraud laws? How did seltzer get its fizz, and what on Earth does a unicorn kiss taste like? Special guests for this live performance included Deborah Blum, science writer and author of The Poisoner’s Handbook, Carla Martin, founder and director of the Fine Cacao and Chocolate Institute, and Chris Crowley, of New England’s legendary Polar Seltzer.

We performed this new solo show at Boston’s Museum of Science’s Cahners Theatre on April 26, 2017. The show started at 7:00pm with a reception in the Museum’s special Chocolate exhibition to follow.

What are the chances that your olive oil is fake, or that your yellowtail sushi roll is really escolar instead? How did seltzer get its fizz, and what are those bubbles doing to your taste buds? And what’s the story behind your Hershey kiss or your high-end, artisanal chocolate bar? Special guests for this live performance included John Spink, founder and director of the Food Fraud Initiative at Michigan State University, and Helen Veit, a MSU historian who focuses on food and nutrition.

We’ll premiered this brand-new solo show at Michigan State University’s annual Science Festival, at the Kellogg Hotel and Conference Center Auditorium in East Lansing, Michigan. Doors opened at 6:30pm for a 7:00pm start; the show was free to attend, with first-come, first-served seating.

Pop-Up Magazine is a live magazine, performed on stage in front of a live audience. For the Pop-Up Winter 2017 Tour, Gastropod joined a long list of talented writers, musicians, and artists to debut a brand-new story. In late February and early March, we appeared in sold-out venues in Los Angeles, San Francisco, New York City, Austin, Portland, and Seattle. The show is never recorded, so you had to be there to experience it! 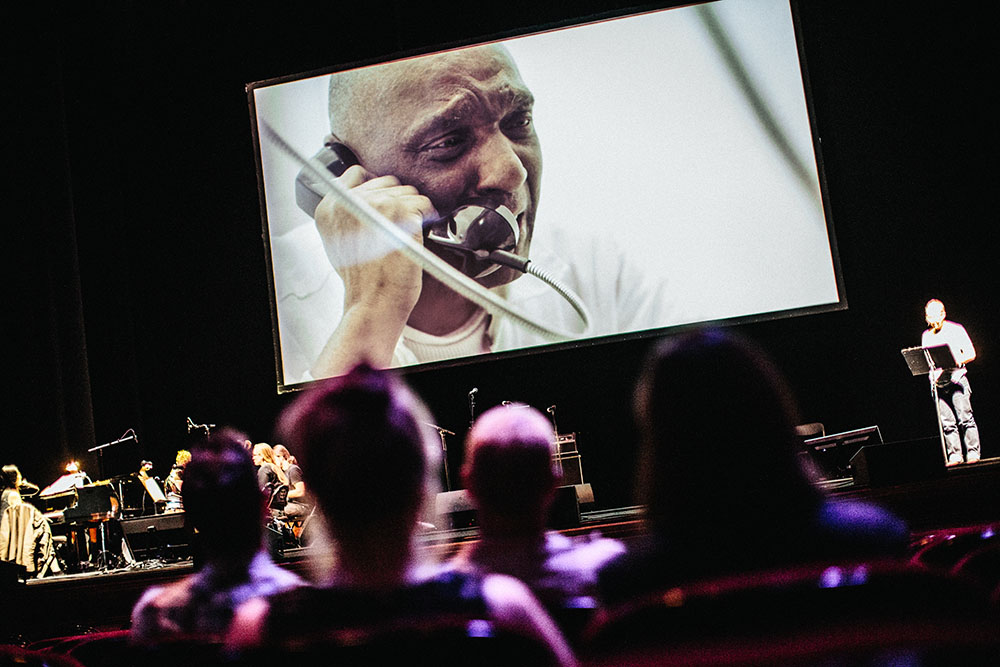 Our first live event took place at the Boston Museum of Science in May 2016, and sold out in minutes. A full house sat down to a three-course performance: live cheese microscopy and tasting with Tufts University professor and Gastropod microbiologist-in-residence, Benjamin Wolfe; a live interview with seaweed farming pioneer and Buckminster Fuller Challenge winner, Bren Smith; a surprise condiment course on the secrets of sriracha’s success with author and food historian Sarah Lohman; and, for dessert, an interactive chocolate-and-music pairing experiment, inspired by the work of Oxford University’s Charles Spence.

Thanks to the museum’s fabulous A/V team, you can re-live the evening (minus the samples) by watching the video above. If you’d like to be the first to know about future live events, sign up for our mailing list here. If your institution or event would like to host its own Gastropod live event, we’d love to talk with you: the best way to reach us is by email at contact at gastropod.com.