This week, we are taking on one of the universe’s great mysteries: how many fish are in the sea? If you stop to think about it, it seems almost impossible to figure out how many fish there are—after all, they’re basically invisible, not to mention constantly moving. But how else are we to know how many we should take out to eat? Join us as we set sail to figure out how we count fish—and why it matters.

You've seen the headlines: fish stocks have plummeted. According to some estimates, populations of some commercial species have declined by almost three quarters since the 1970s. But how do we know? Where do those numbers come from? And how accurate are they? 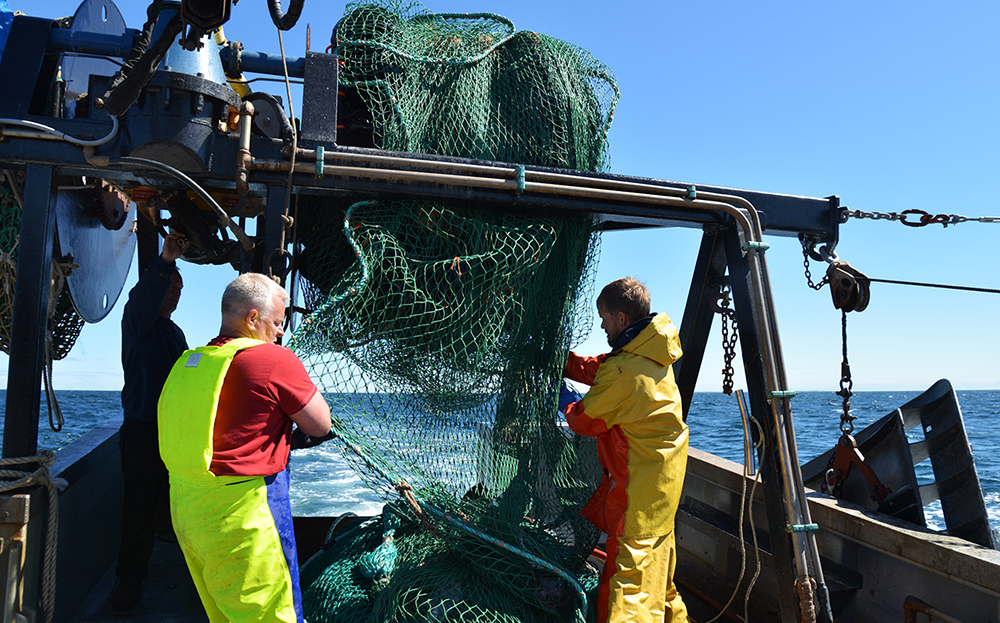 Hauling in the trawl net aboard the Miss Emily.

The implications are huge, both for the fish and for the people who depend on them. In this episode, we go out to sea to experience how fish stocks are surveyed today, and then meet with the scientists, engineers, and spotter pilots trying to figure out how fish might be counted in the future. From drones to robotic submarines, fish counting is undergoing something of a revolution right now. Can these new technologies help us make sure there will always be plenty more fish in the sea? 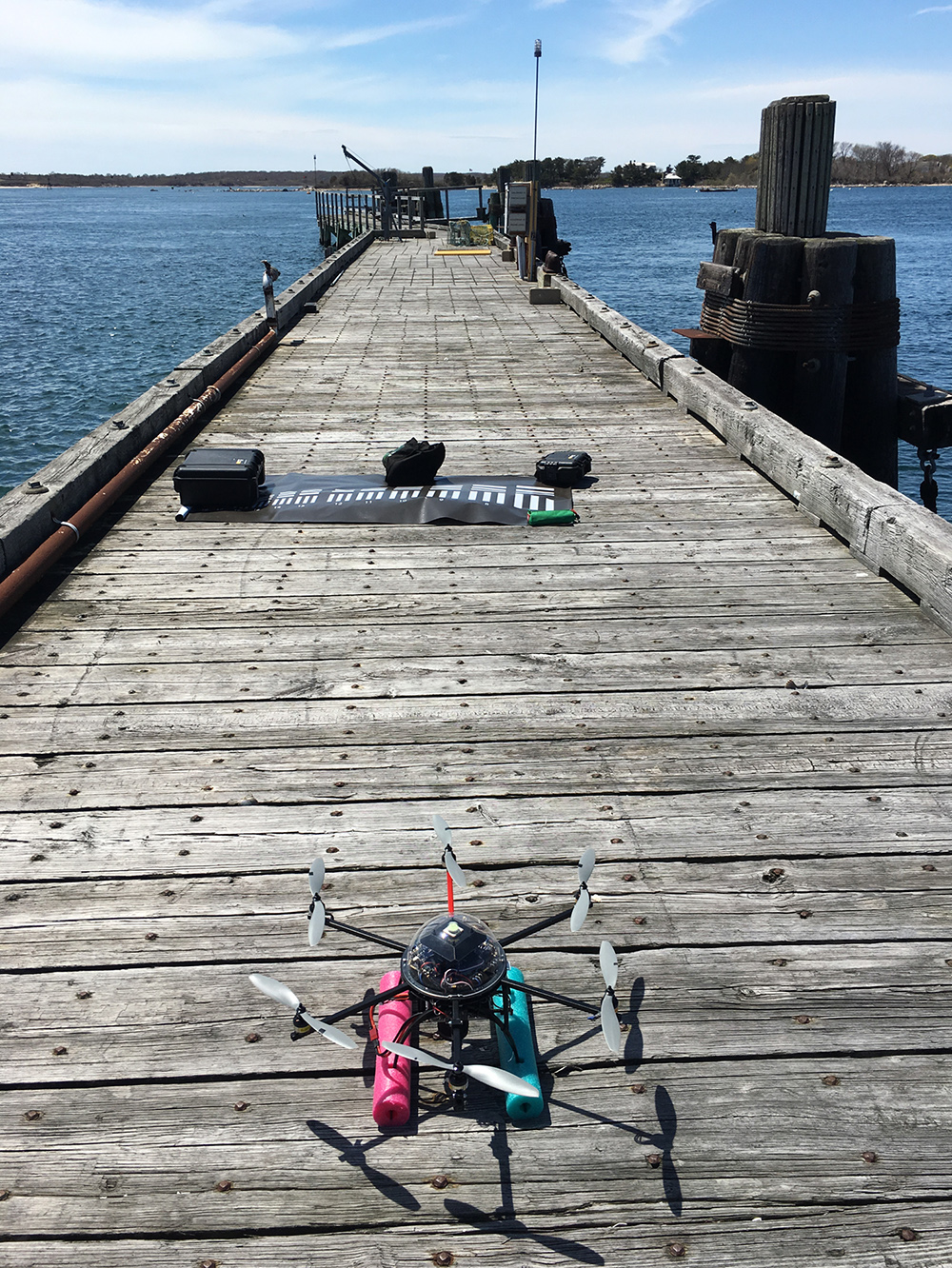 Ginger the Drone about to take off and hover above the calibration chart.

Check out the story we've written to accompany this episode, published in bioGraphic, the new multimedia magazine powered by the California Academy of Sciences. It includes lots more details, data, and photos from our reporting, and it sits alongside lots of other stunning stories and visuals—of the bats that pollinate Mexico and Arizona's agave harvest, the return of the mysterious Eurasian lynx, and the plight of a forgotten native bee. 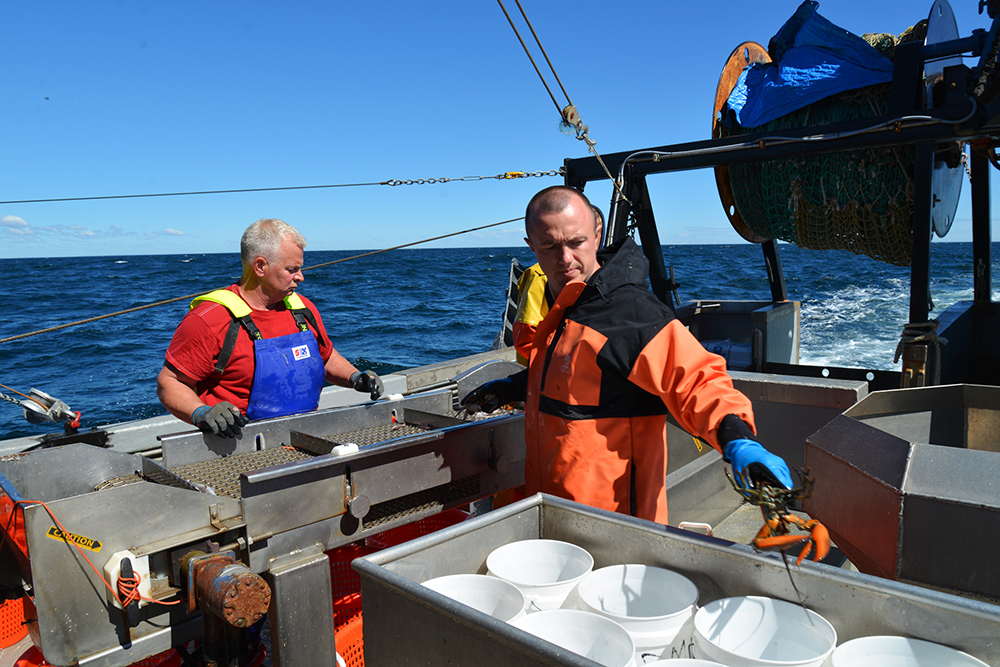 Sorting the catch aboard the Miss Emily.

All the people we spoke to for this episode!

So many scientists, researchers, policy makers, and fishermen shared their expertise and perspectives with us for this story—many more voices than we could squeeze into one episode. (For some more of their insights, you should read our longform story in bioGraphic.) A huge thanks to:

• Biologists William (Bill) Hoffman and Nick Buchan of the Massachusetts Division of Marine Fisheries for taking us out to sea and teaching us the basics of fish sampling;

• Captain Kevin Norton and the crew of the Miss Emily for allowing us to spend a day trawling Massachusetts Bay with them (and feeding us fresh fish at the end of it!); 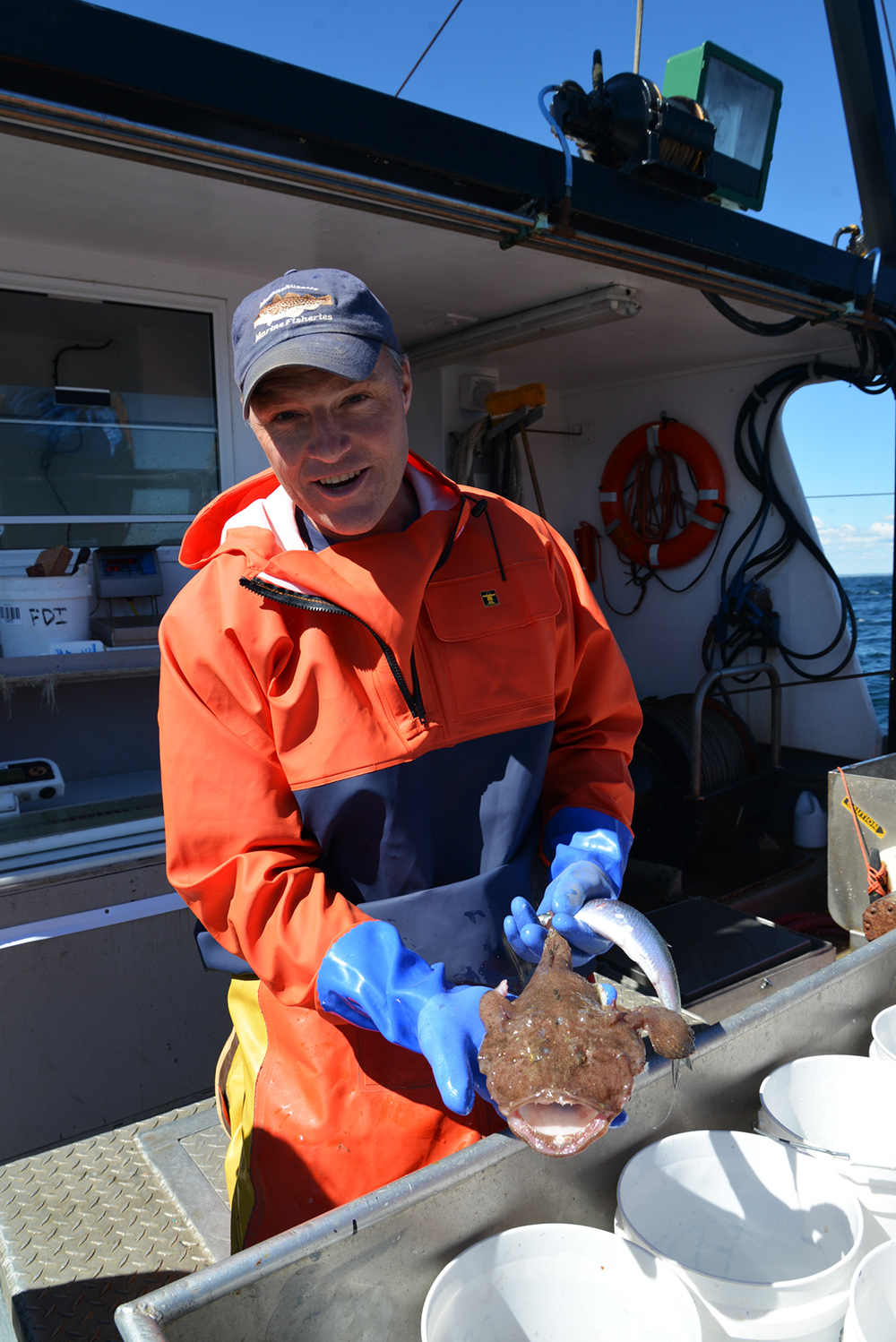 Bill Hoffman showing off a monkfish.

• Shelley Dawicki of NOAA/NEFSC Research Communications, who put us in touch with Bill and set up countless interviews to make sure we had the material we needed;

• Hanumant Singh, who works on underwater robotics and imaging for WHOI; 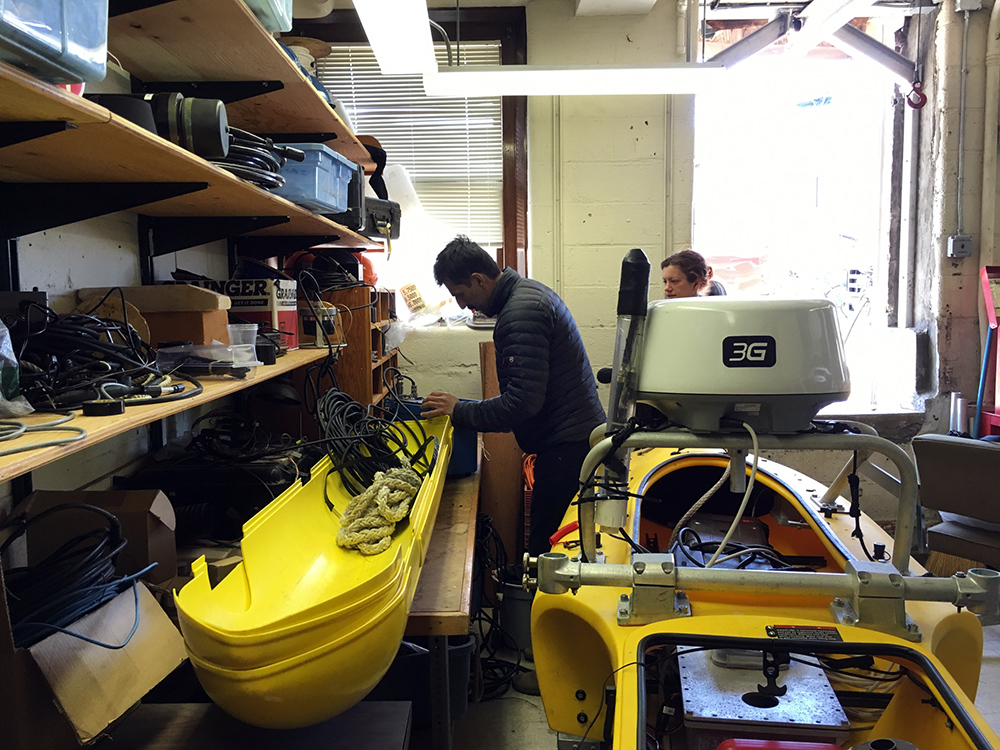 Hanu Singh with his AUV at Woods Hole.

• Andrew Rosenberg, director of the Center for Science and Democracy at the Union of Concerned Scientists and author of a landmark study of historical resource depletion in the Gulf of Maine;

• Andrew Pershing, Chief Scientific Officer at the Gulf of Maine Research Institute and author of a major study examining the impact of climate change on Gulf of Maine cod populations;

Nick Buchan (left) and Bill Hoffman (right) counting and measuring fish. Hoffman's right hand is marking the fish length on the magnetic board as Buchan prepares to slide him the next fish. 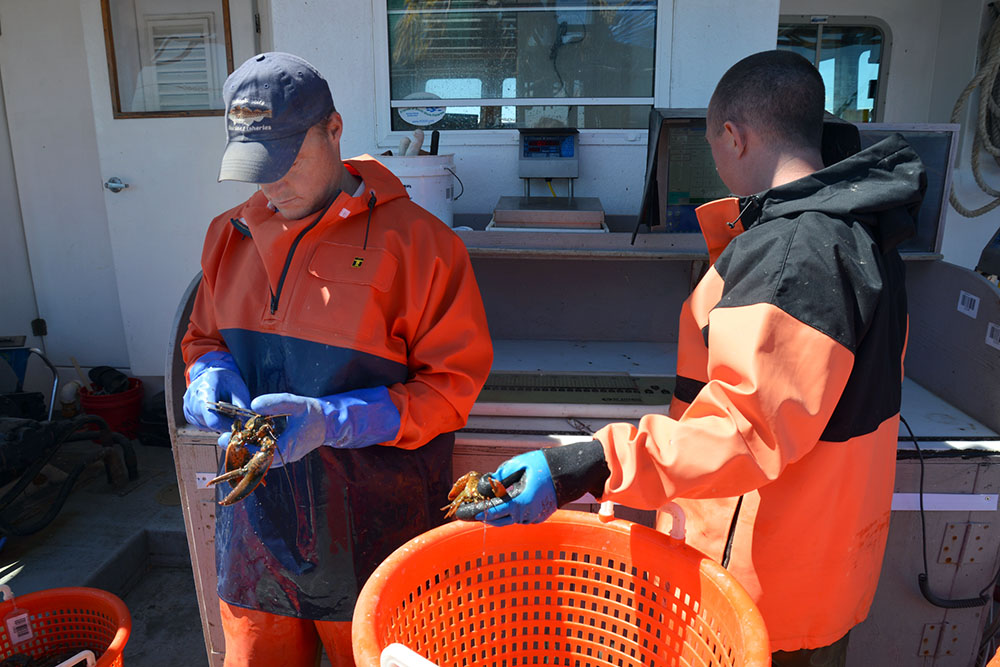 • Tim Stanton, scientist emeritus at WHOI, who studies the physics of acoustical scattering; 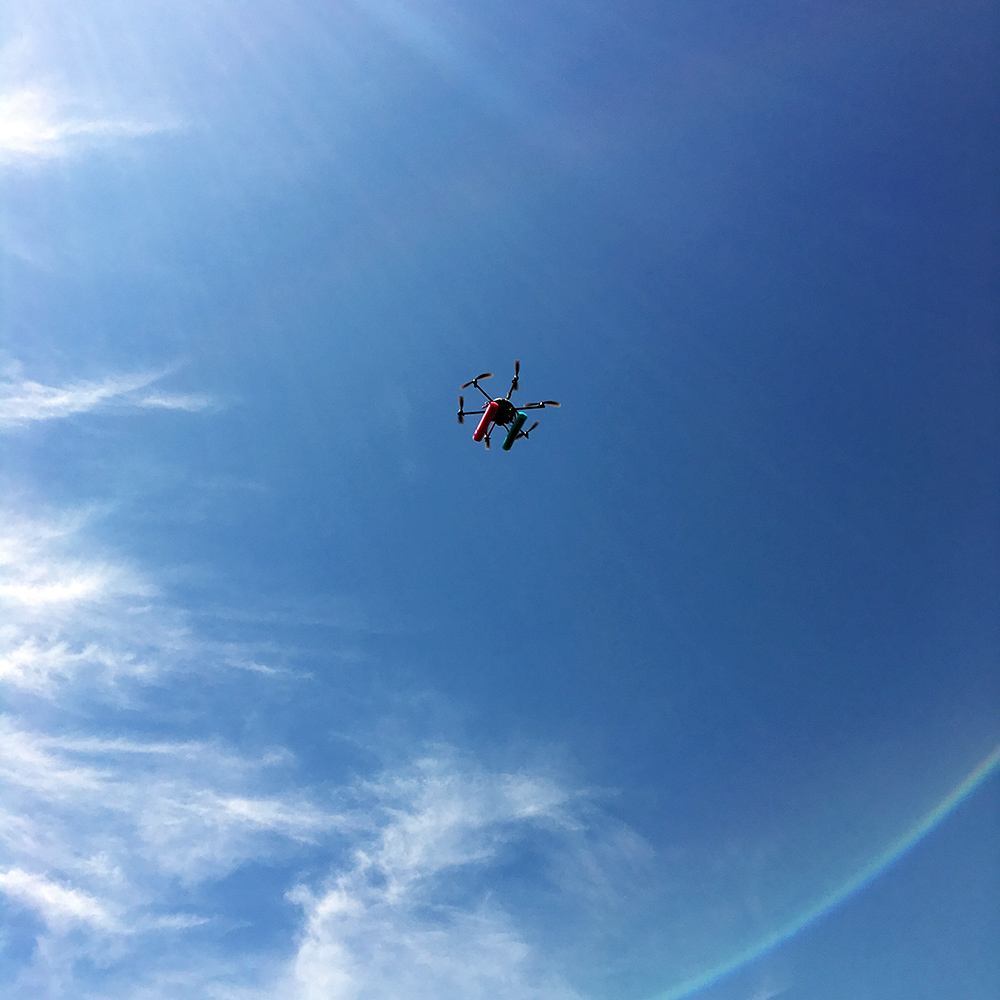 • John Our, a Cape Cod-based fisherman, and Nancy Civetta of the Cape Cod Commercial Fishermen's Alliance. 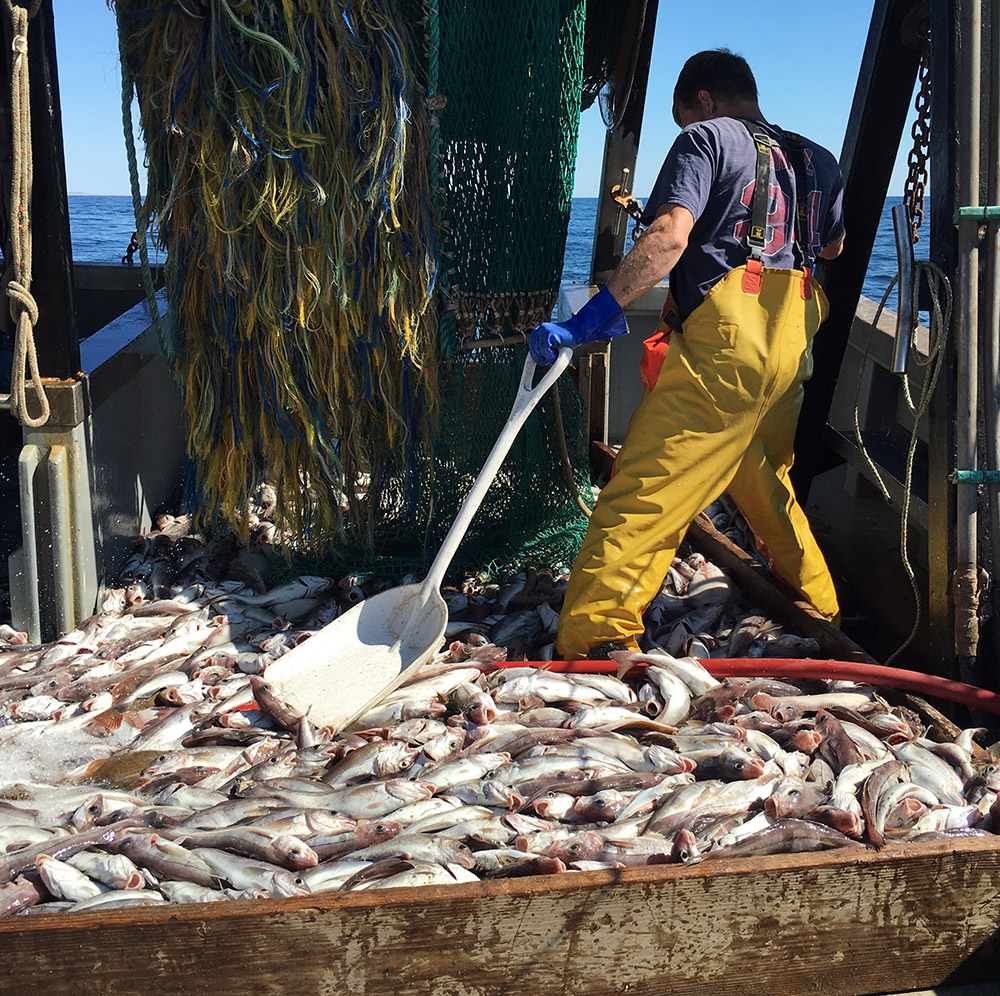 A huge haul of haddock from the final trawl of the day aboard the Miss Emily.