Imagine a summer's day without the jingle of the ice-cream truck, a pizza without its bubbling layer of melted cheesy goodness, or even a bowl of cereal without milk. It’s a shocking prospect, for sure, but the threat to these delights is perhaps even more surprising: The fact that Americans enjoy more than three times their body-weight in dairy products each year is, in no small part, due to a water-hungry plant that’s frequently, if counterintuitively, grown in the desert. That plant is alfalfa, and it makes up at least half of the diet of dairy cows all over the world. So why are we growing alfalfa in the arid American Southwest, and watering it from the Colorado River—both of which, as you may have heard on the news, are becoming drier with every passing day? To find out, Gastropod went on a good old-fashioned road trip for some field reporting (literally, in an alfalfa field) and talked to farmers, economists, plant experts, journalists, and exporters about where this surprisingly important plant fits in to a warming world—and how we can prevent a future lacking in lactose without also drying up the West. 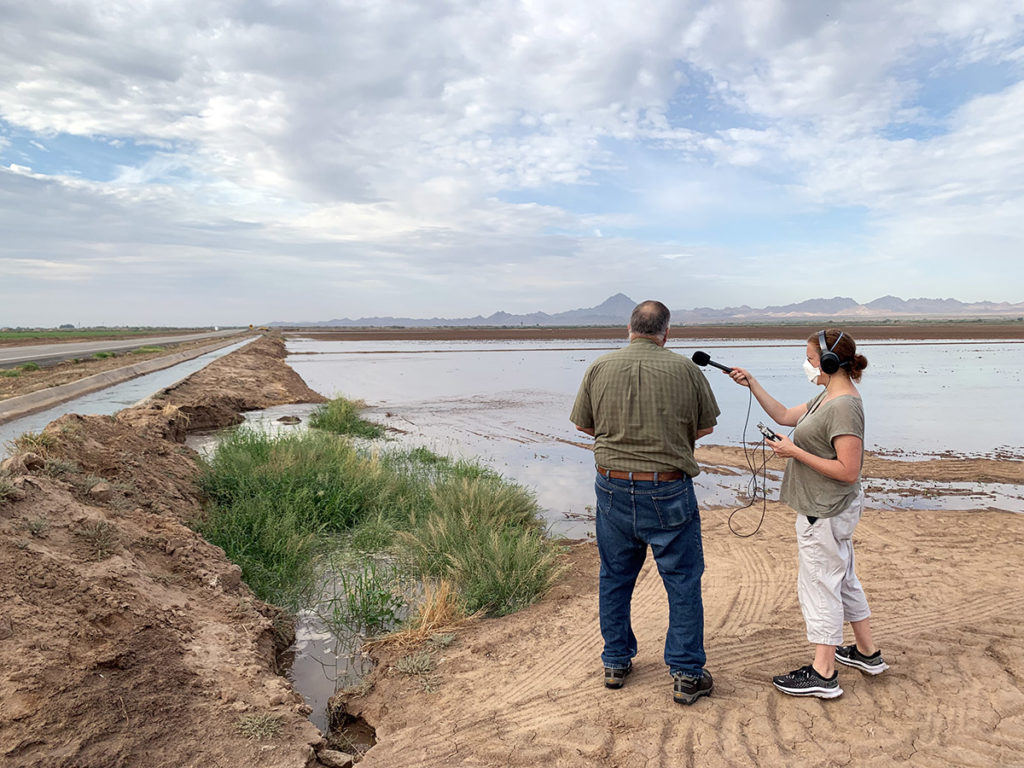 Jack Seiler and Cynthia stand in front of a flooded field. Photo by Nicola Twilley.

This episode was supported by a grant from The Water Desk, an independent journalism initiative based at the University of Colorado Boulder’s Center for Environmental Journalism.

Dan Putnam—aka The Alfalfa Guy—is an agronomist at the University of California-Davis and the state of California's alfalfa and forage extension specialist.

Jack Seiler grows alfalfa and other crops in Blythe, California. He is also the president of the Palo Verde Irrigation District Board of Trustees. 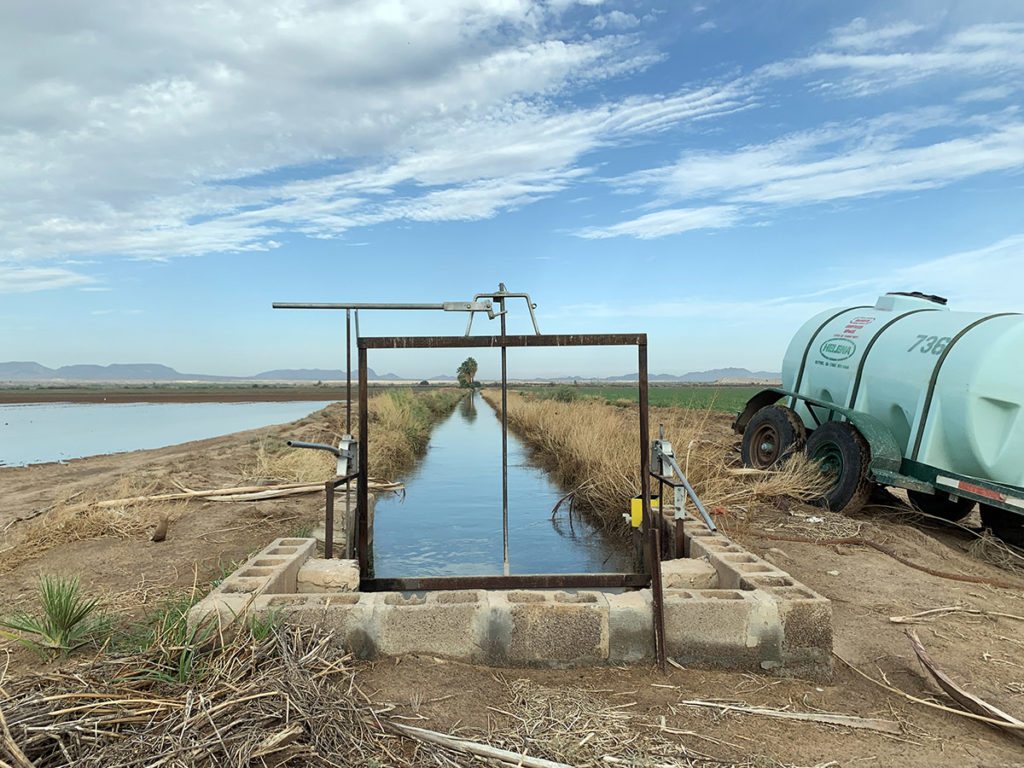 Val Fishman is the chief development officer of Common Good Water, an organization working to introduce new technology and techniques that conserve water in water-stressed areas of the United States and, eventually, around the world. 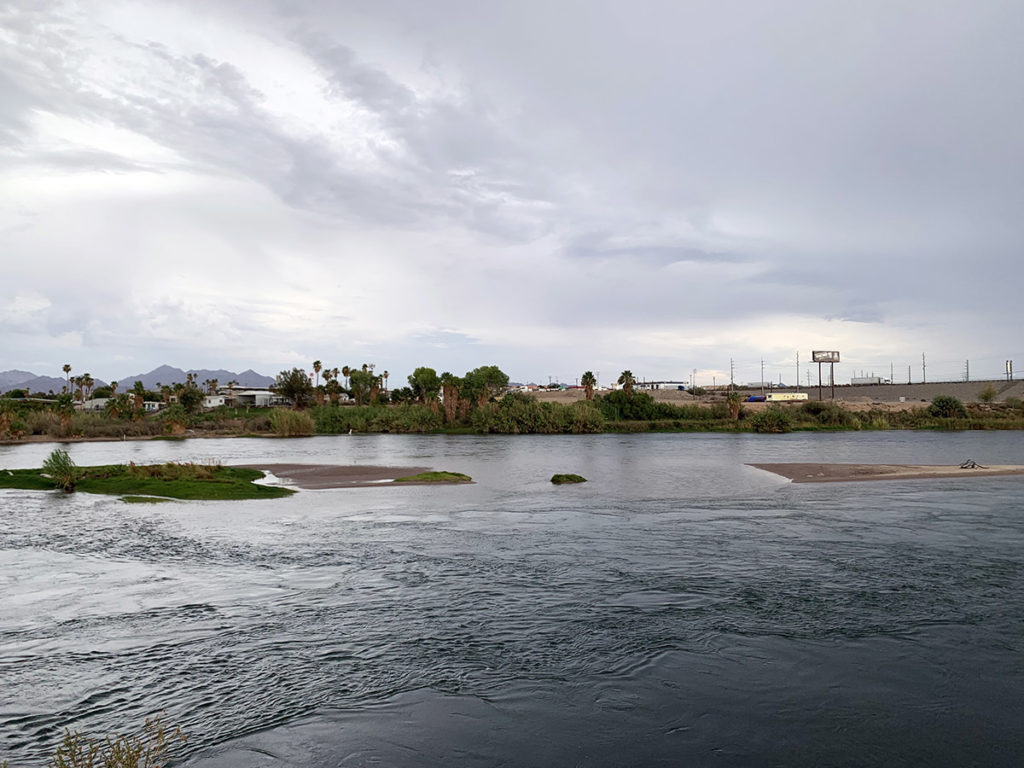 The Colorado River at Blythe. Photo by Nicola Twilley.

John Weisheit is the founder of Living Rivers Colorado Riverkeeper, a foundation focused on restoring the health of the Colorado River.

John Szczepanski is the director of the U.S. Forage Export Council, which represents the trade interests of forage producers in the National Hay Association.

Robert Glennon, an expert on water law and policy, is an emeritus professor at the University of Arizona’s College of Law and the author of Unquenchable: America's Water Crisis And What To Do About It. 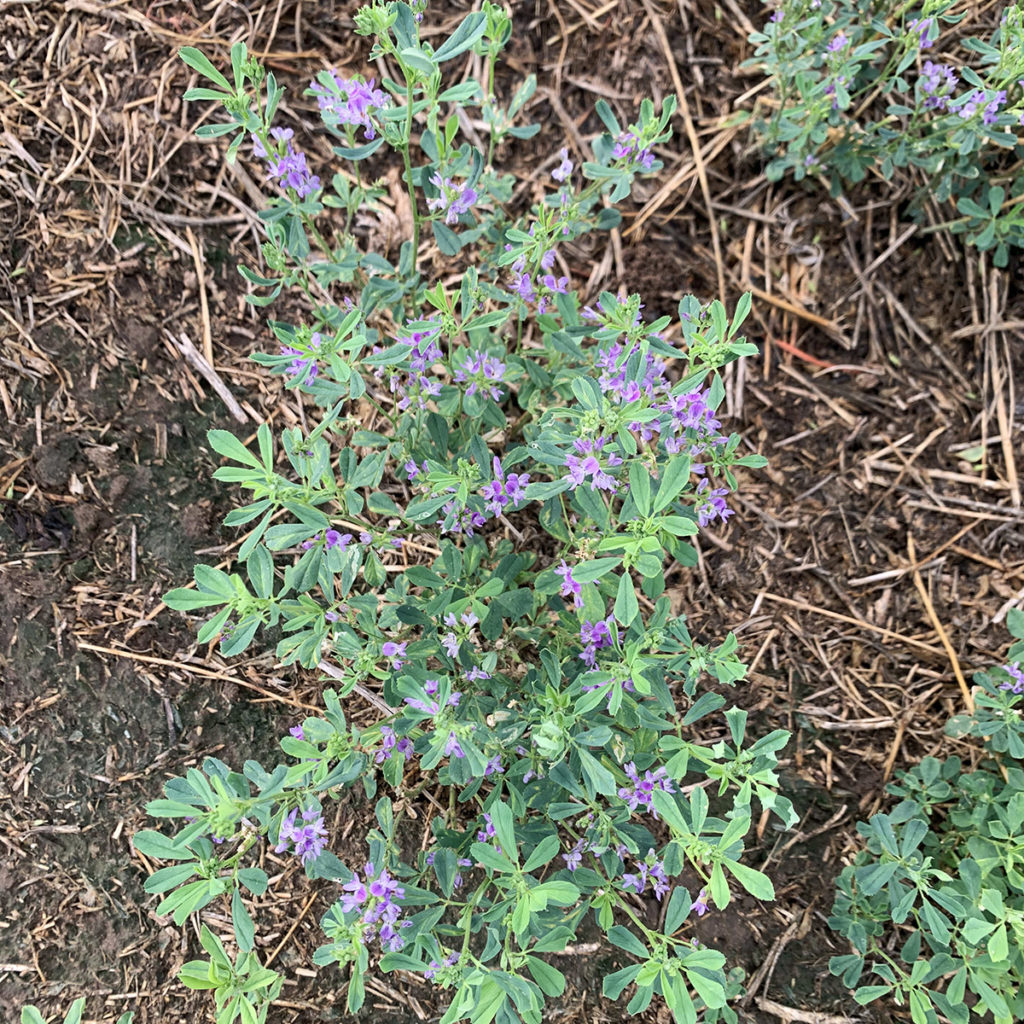 Rob O'Dell is an investigative reporter at the Arizona Republic. His work has included ground-breaking reporting revealing the proliferation of Saudi-owned alfalfa farms in the state of Arizona.

To help us with our research this episode, we also spoke with Isaya Kisekka, an associate professor of agricultural water management and irrigation engineering and associate irrigation engineer at UC-Davis, whose work has explored how to irrigate alfalfa more efficiently.

Dead Pool: Lake Powell, Global Warming, and the Future of Water in the West

If you want to learn more (aka get really depressed) about what we've done to the Colorado River, this book, by James Lawrence Powell, comes highly recommended by Nicky (who read it because it was highly recommended by her husband, Geoff). We've also benefited from Ian James' ongoing reporting on the water crisis in the Los Angeles Times, and from some initial guidance from our bottled water guru, Peter Gleick. 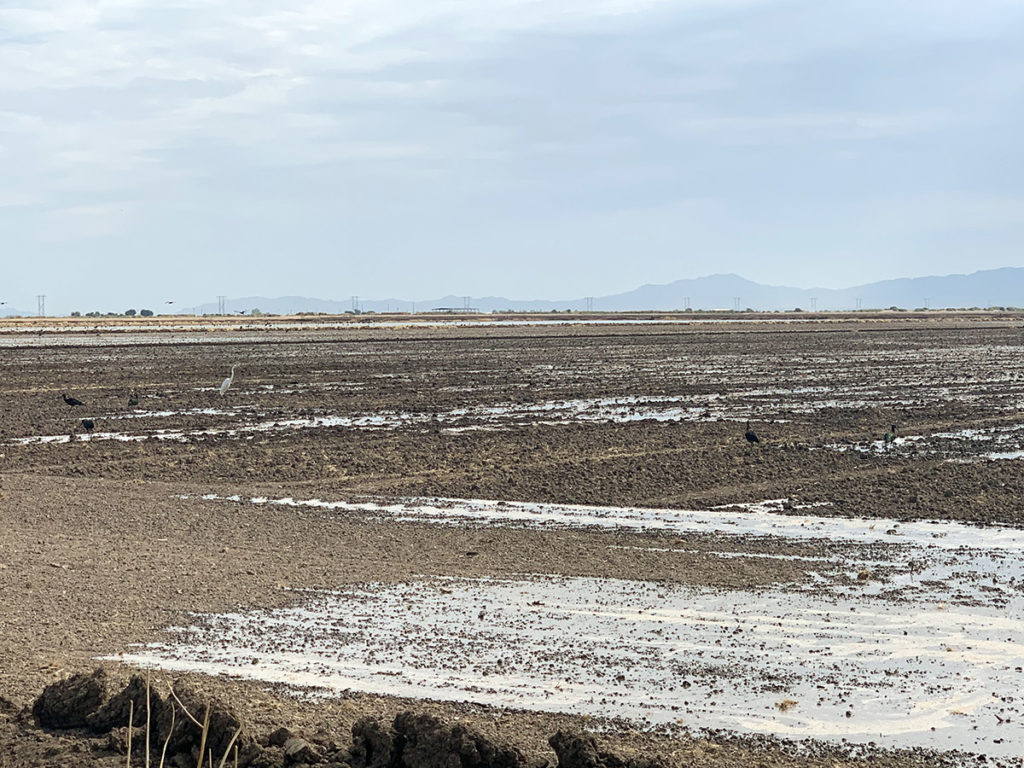