Pull up a bar stool and prepare to open both your mind and your palate: it's time to meet beer before it settled down into the fizzy brown brew we know and love today. The ales in this episode of Gastropod represent the future of flavor, but take their inspiration from the pre-industrial pint. Join us as we meet brewers who are making beer with local herbs, roast chicken, and yeasts scraped off the skin of wild blueberries—and then taste the surprisingly delicious results.

Humans have been drinking beer for at least nine thousand years—and, for almost all that time, beer looked nothing like the industrial lager or hop-heavy craft brews popular today. All across the ancient world, from Egypt to China to South America, our ancestors figured out how to ferment wet grains, and then flavored the buzz-inducing result with whatever they thought might make it more palatable. Though today brewers consider hops a crucial ingredient in beer, it wasn't until medieval Europe that the bitter plant became a popular addition; until then, hops were just "one of the bazillion things you could put in a beer," brewer Butch Heilshorn told Gastropod. 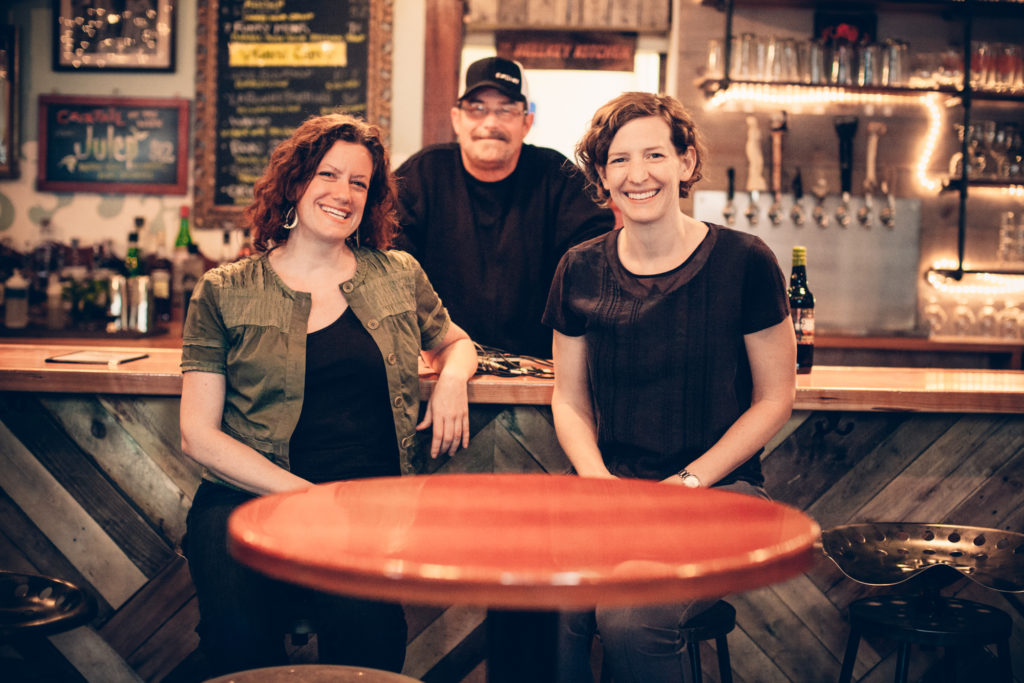 But, five hundred years ago, two Bavarian Dukes passed the Reinheitsgebot: a purity law that stipulated that beer must only contain barley, water, and hops. And while many contemporary craft brewers certainly do include additional ingredients that would violate this purity law, hops have become a foundational ingredient in nearly all beers around the world. Earth Eagle Brewings, the Portsmouth, New Hampshire-based brewery Heilshorn co-founded in 2012, is the exception to the rule. Heilshorn brews a new hop-free "gruit" every week. Just like generations of pre-Reinheitsgebot brewers, Heilshorn relies on a gruit, or blend of herbs, to bitter, preserve, and flavor his brews—the same functions performed by hops, but without the plant's soporific effects. Made with local weeds such as sweet gale and yarrow, the resulting ales taste herbal, earthy, even medicinal—and completely unlike anything most modern drinkers would recognize as beer.

Yeast is another crucial ingredient in beer that's become standardized and industrialized. Before the 1860s, when Louis Pasteur proved that yeast causes fermentation, brewers unwittingly relied on wild local yeasts floating in the air, or cultured their own house yeast through intuition rather than science, re-using barrels or saving the dregs of one batch to inoculate the next, giving each local brew a distinctive taste and aroma. Post-Pasteur, yeast became stabilized, purified, and optimized: today, most brewers simply order one of a few dozen yeast strains—German Ale™, say, or Czech Pils™—from a catalogue. In the second half of this episode, we visit Bryan Greenhagen of Mystic Brewery, who is among a handful of brewers exploring the pre-industrial flavors created by wild and local yeasts. In 2013, Vinland 2, which Greenhagen made using yeast cultured from a Maine wild blueberry, became the first beer fermented solely with indigenous yeast to win a prestigious Gold Medal at the Great American Beer Festival. 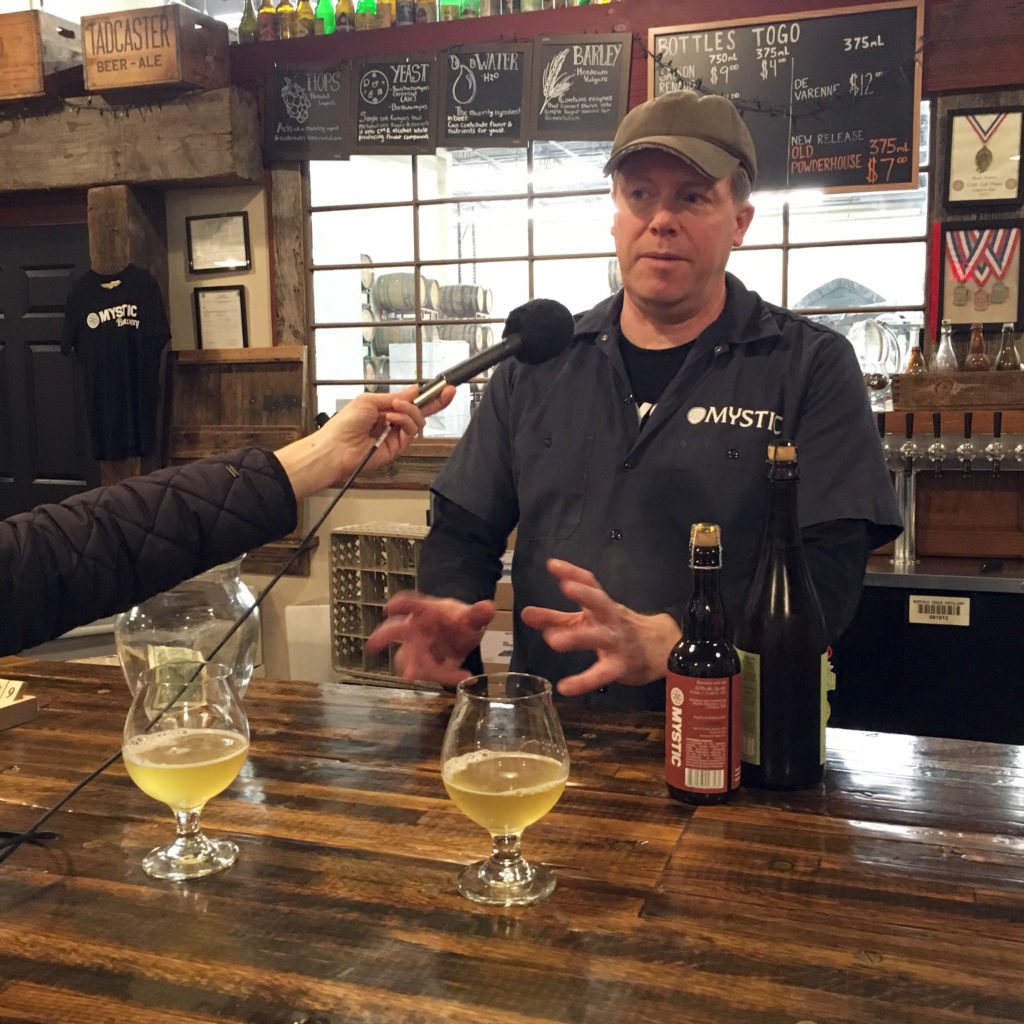 In this episode, we taste contemporary beers made with wild yeasts and herb blends—beers that, in many ways, more closely resemble those our ancestors drank for millennia, before purity laws and scientific advances. But Heilshorn and Greenhagen are not obsessively hewing to historical recipes in an attempt to reconstruct the past; instead, they're part of a new wave of independent brewers who are trying to expand the flavor profile of beer by drawing inspiration from its more creative, less rigid roots. And that's something to which even the most hop-mad, IPA-obsessed craft beer fan can raise a glass.

"Remembering the forgotten (and then drinking it)," Draft Magazine

Writing for Draft Magazine in May 2016, Belgian beer expert Joe Stange noted a recent wave of enthusiasm for pre-industrial ales, offering as evidence a series of recent conferences and events, as well as a new Smithsonian initiative to document American beer history.

A Brief History of Beer

Will Glenn and Trish Parry of Wish Experience present this "one-hour, drinkeractive comedy where the audience travels through time," all the way back to the origins of beer in Ancient Sumeria. They're on tour on the East Coast of the United States right now.

This recent New York Times article marking its anniversary serves as a good introduction to the origins and implications of the five-hundred-year-old Reinheitsgebot. For a deeper dive, check out this piece in All About Beer magazine.

Earth Eagle Brewings is based in Portsmouth, New Hampshire; we spoke with co-founder and co-owner Butch Heilshorn. Here's a link for more on John Josselyn's ale, the first recorded beer recipe from the New World.

Emerson Baker is a professor of history at Salem State University. His most recent book is A Storm of Witchcraft, all about the Salem Witch Trials.

To find a gruit in your neighborhood, check out International Gruit Day, held at bars and breweries around the world every February 1.

Mystic Brewery is in Chelsea, Massachusetts; we spoke to founder Bryan Greenhagen. In 2013, Mystic's Vinland 2 won a gold medal at the Great American Beer Festival, in the "Indigenous" category. Greenhagen is currently preparing Vinland 5 for release.