Do you get butterflies in your stomach when you’re excited? Feel nauseated when you’re nervous? Get a knot in your gut when you're worried something bad is going to happen? Then you’ve experienced what’s called the gut-brain axis: a powerful connection between your brain and your stomach. And, if you’ve been on wellness social media over the last few years, you’ve probably heard that you can hijack this connection to help heal a whole host of mental illnesses, from taking probiotics for PTSD to treating depression with diet. But how much of this is science, and how much is modern-day snake oil? With the help of gastroenterologists, psychologists, and yes, the U.S. military, Gastropod is here to investigate! The answer involves prescription kefir, a trip to an Army base to play video games, and the trials and tribulations of some very melancholy mice—not to mention lots and LOTS of microbes. Listen in for the scoop on how tweaking your gut microbes can change your mind. (But, for your own health, please don’t drink every time we mention our favorite topic during this episode!) 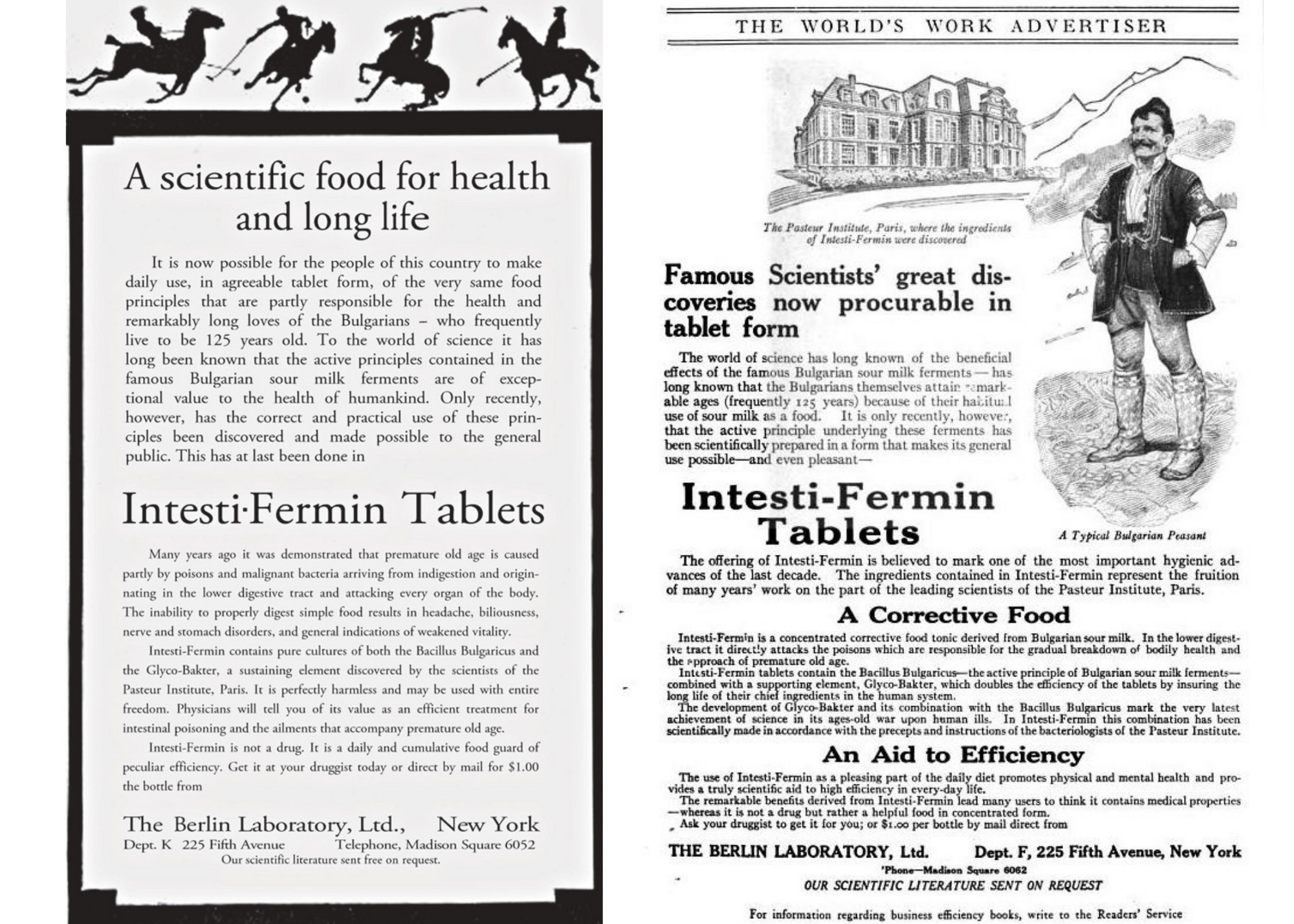 Advertisements for Intesti-Fermin, an early 20th-century tablet made from sour milk that claimed to treat both digestive problems and mental health, based on the idea—now supported by modern science—that consuming fermented foods can influence brain function. These tablets cannot, however, guarantee that you live to be 125 years old.

John Cryan is a professor of anatomy and neuroscience at the University College Cork in Ireland. His book, co-authored with his research collaborator Ted Dinan and writer Scott Anderson, is The Psychobiotic Revolution: Mood, Food, and the New Science of the Gut-Brain Connection.

Uma Naidoo is a nutritional psychiatrist at Harvard University. She's also the author of This Is Your Brain On Food: An Indispensable Guide to the Surprising Foods That Fight Depression, Anxiety, PTSD, OCD, ADHD, and More.

Ian Miller is a medical historian at Ulster University, in Northern Ireland, focusing food and hunger in 19th- and 20th-century Britain, America, and Ireland. He is the author of A Modern History of the Stomach.

Stefanie Malan-Müller is a postdoctoral researcher at Spain's Universidad Complutense de Madrid, where her work is focused on the links between the gut microbiome and psychiatric disorders.

Phil Karl is a nutrition scientist in the Military Nutrition Division at the Army Research Institute of Environmental Medicine in Natick, Massachusetts. Grace Giles, a research psychologist at the institute, is his collaborator in their project studying the effect of gut interventions on the stress levels of soldiers. You can read about Phil Karl's earlier work testing the impact of MREs on gut health here.