The food of the South is one of the most complicated, complex, contradictory cuisines in the U.S. This is the region where a monumental mixing of crops and culinary traditions gave way to one of the most punishing, damaging monocultures in the country; where food born in violence and slavery led to delicious, nutritious dishes. It's also the region that laid the tablecloth for seasonal, farm-to-table dining, as well as drive-through fast food. In this episode, authors Michael Twitty and John T. Edge, two of the nation's leading voices on Southern food, take listeners on a tour through their shared history.

Chef Michael Twitty, author of the forthcoming The Cooking Gene: A Journey through African-American Culinary History in the Old South, describes the South in the first centuries after Europeans arrived as a "dazzling new foodscape"—one that could not have existed before 1502, the first documented account of an enslaved African transported to North America by Europeans. Along the southeastern seaboard, Native Americans, with their indigenous plants and culinary traditions, mixed with Europeans, who had brought crops from home, and slaves from across West Africa who, even shackled, smuggled seeds across the ocean. It was those Africans who, as enslaved farmers and chefs, blended their own diverse culinary and agricultural traditions with those of the people around them to create an entirely new cuisine—one that "people had to invent a whole new language" to describe, Twitty told us.

While Twitty explores the deeply rooted legacy of slavery in the South in shaping America's foods, John T. Edge, director of the Southern Foodways Alliance and author of the new book The Potlikker Papers: A Food History of the Modern South, brings the recent history of Southern food into sharp focus. Edge recounts stories of the Southern innovation and entrepreneurship that led to modern fast food, as well as the Southern creativity—led, once again, by African-Americans—that paved the way for today's food sovereignty movements, as well as for the style of seasonal, chef-driven fine dining often referred to as "New American." As Edge points out, Alice Waters, often considered the mother of such cuisine, found her inspiration in Edna Lewis, a 1970s chef raised in rural Virginia. "We too often hear from the likes of Paula Deen [the TV personality known for deep-fried macaroni and cheese, among other such dishes], and not often enough hear from the likes of Edna Lewis," said Edge.

In this episode, Twitty and Edge help right that wrong, by telling a story that explores the connection between King Cotton and today's food deserts, and ranges from famed voting rights activist Fannie Lou Hamer's Pig Bank to the aspirational pages of Southern Living magazine. Listen in to learn why the history of Southern food is far more complex than today's stereotypes of biscuits and gravy would have you believe—and why its future should matter to us all. 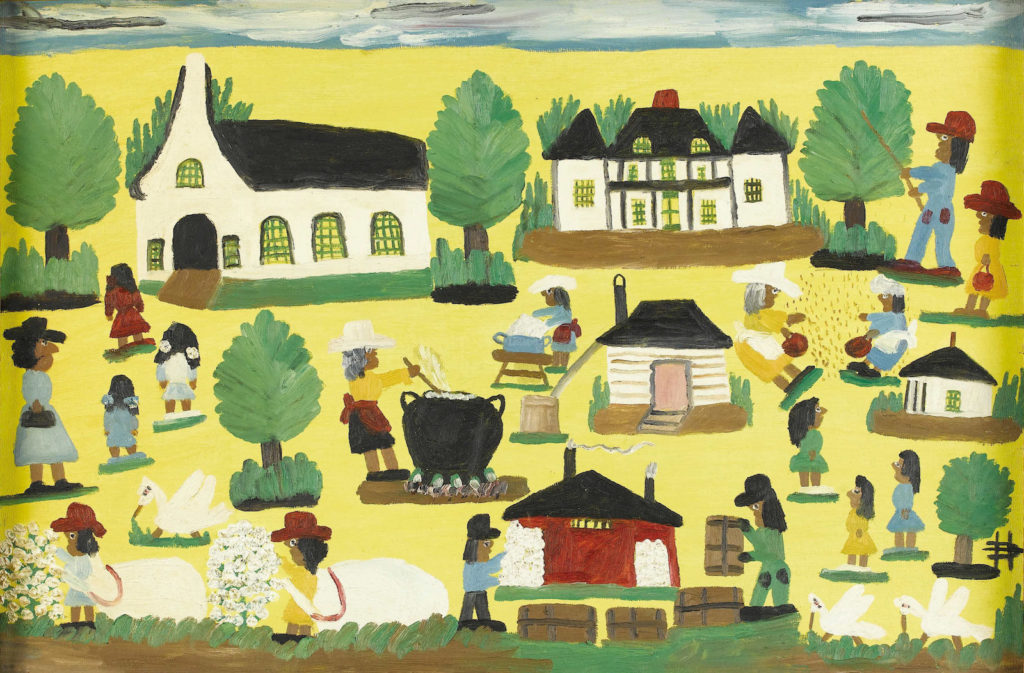 The Cooking Gene: A Journey through African-American Culinary History in the Old South

Michael Twitty's new book, The Cooking Gene, takes listeners on both a culinary journey and a genetic one, as Michael teases out his ancestry and that of the South, as well as the complicated DNA and origin story of Southern food. You can also read Michael's writings on his blog Afroculinaria and follow him on Twitter @koshersoul.

The Potlikker Papers: A Food History of the Modern South

John T. Edge, director of the Southern Foodways Alliance, has written many books about Southern food, but he tells us that his new book, The Potlikker Papers, is the one he's wanted to write for more than fifteen years. While Michael delves into the South's past, John T. traces the region's food through the most recent decades. He's on Twitter @johntedge.

The cover art for this week's episode is a painting by Black folk artist Clementine Hunter, who lived and worked on Melrose Plantation in Louisiana. Hunter was the granddaughter of enslaved parents and spent much of her own life picking cotton. She attended school for just ten days, and never learned to read or write, but taught herself to paint in her fifties, using supplies discarded by a visiting artist Alberta Kinsey.