Thousands of years ago, in what's now Afghanistan, people unearthed the tangled, gnarled roots of Queen Anne's Lace—a ubiquitous, hairy-stemmed plant with a spray of tiny white flowers. These fibrous, twisted roots were white and bitter-tasting, but they had an appealing spicy, pine-y, earthy aroma. This was the unpromising ancestor of one of America's most popular root vegetables (second only to the mighty potato): today, it's mostly consumed in the form of two-inch orange slugs, marketed under the label "baby carrots." So how did this white, woody root become orange, as well as purple and yellow and even red? Listen in now to find out—and hear the story of the invention of the baby carrot.

To anyone who's tasted the root of Queen Anne's Lace, a ubiquitous weed found by roadsides all over the world, the fact that our ancestors bothered to eat it at all is somewhat perplexing. But that's just one of carrot's many mysteries—perhaps just as perplexing is the carrot's contemporary color. After all, as University of Wisconsin carrot breeder Irwin Goldman told us, the existence of anything but a white carrot is a genetic mistake that, from a biological perspective, makes no sense. The orange color in a carrot comes from a chemical that's found in plant leaves. We don't usually see it, because it's masked by the green chlorophyll, but when autumn comes and the chlorophyll fades, the same pigment is responsible for fall's glorious displays of yellows, oranges, and reds. In leaves, that orange chemical functions as a sunscreen, protecting the plant from UV damage. So what in the world is it doing brightening a root, deep underground?

This episode, we tell the story of how the carrot became orange—and how, hundreds of years earlier, it first became purple and yellow. In a tale that involves art history, farmers' markets, and antioxidants, Goldman and his colleague Philipp Simon unravel clues about the carrot's history, bust carrot myths, and preview the carrot of the future. Is one color better for your health than another? Can carrots really help you see in the dark? Finally, what the heck is a baby carrot, and how did they take over, to the point that they now represent 70 percent of all carrots eaten in the U.S.? We talk to Tiffany Rolfe, the women who stole Doritos' tactics to get baby carrots out of the vegetable drawers and into the snack zone. Listen in now for all these stories and more!

Elements of the CPG "Eat 'Em Like Junk Food" campaign for baby carrots.

Irwin Goldman is a horticulturalist and vegetable breeder—he works on beets and onions as well as carrots—at the University of Wisconsin-Madison.

Philipp Simon is a USDA horticulturalist and carrot breeder based at the University of Wisconsin-Madison. 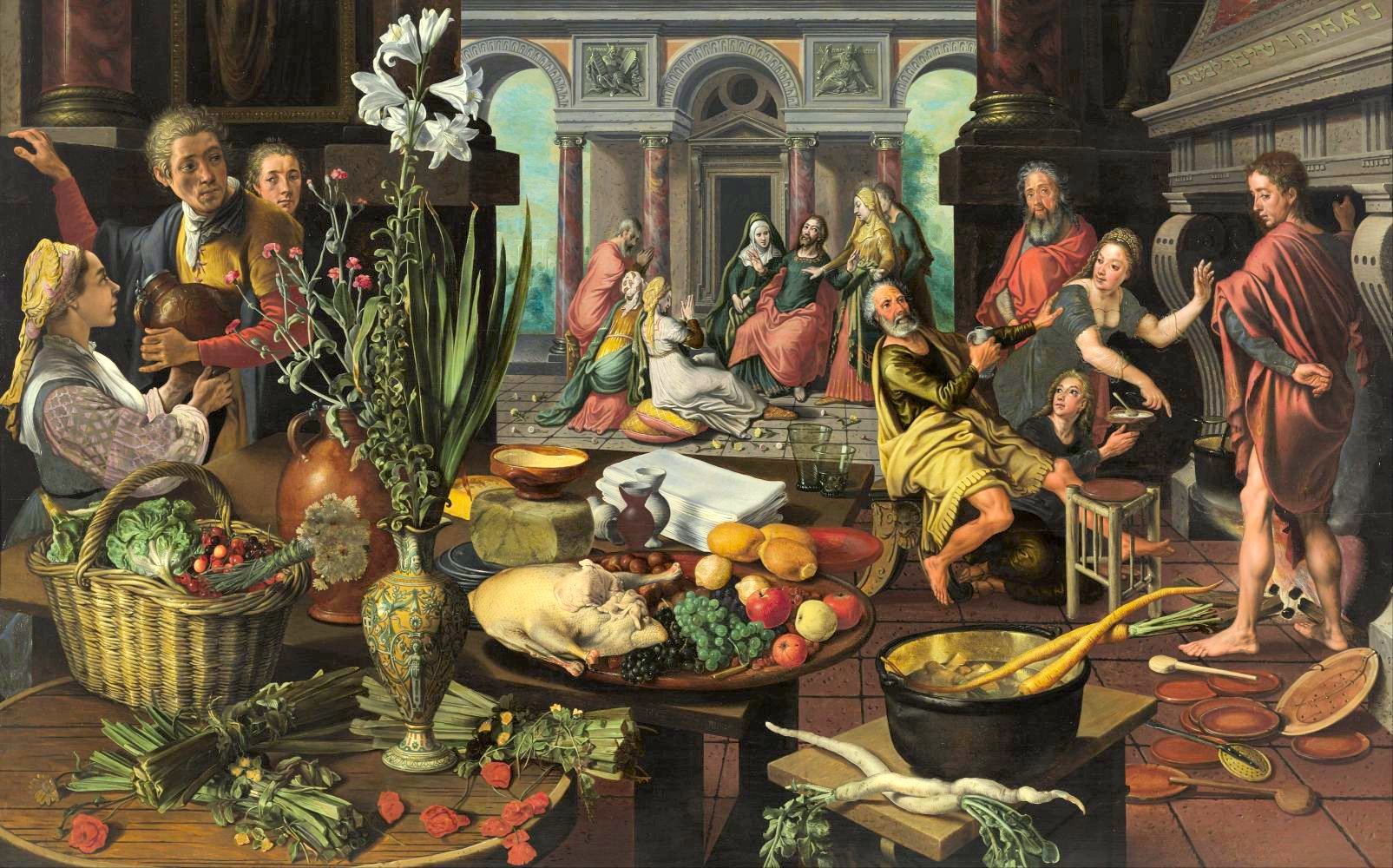 "Christ in the Home of Mary and Martha" by Pieter Aertsen, 1553, (oil on panel), Museum Boijmans Van Beuningen, Rotterdam, via the World Carrot Museum. This painting is one of the earliest depictions of an orange carrot in a work of art. Agronomist Otto Banga's original paper tracing the appearance of orange-colored carrots to The Netherlands can be found online here; this more recent paper advances the theory that orange carrots actually originated in southern Europe.

Tiffany Rolfe is partner and chief creative officer at Co-collective. In 2011, as group creative director at Crispin Porter + Bogusky, she developed the "Eat 'Em Like Junk Food" campaign for baby carrots.

How Baby Carrots are Made