If you haven't tasted kombucha yet, you probably will soon. The sour-sweet, fizzy, fermented tea is becoming ubiquitous in trendy cafes, workplaces, and health food stores across America. Where did it come from, and how did it get so popular? And what in the world is the slimy, beige blob that produces it? From German POWs to Lindsey Lohan to a kombucha zoo at Tufts University, this episode explores the history and science of summer's hottest drink.

Kombucha's origins—like almost everything about the drink—are a combination of myth and mystery. According to Tufts University microbiologist Ben Wolfe, all we know is "it was originally produced in parts of China, as well as what is now Russia." Other countries, including Korea and Tibet, have their own kombucha creation stories. Though the exact date and location in which it was first brewed remains obscure, it seems clear that kombucha arose in the Far East, where tea has been popular for thousands of years.

That doesn't explain how kombucha traveled west. But, by translating a little-known paper published in the Deutscher Apotheker Verlag (a German scientific journal) in 1930, Gastropod managed to trace the arrival of the "Indian tea fungus," as the author called it, to Europe following World War I, when it was brought home by German POWs who had been held in Russia. Still, it wasn't until 1990s Los Angeles that kombucha became a commercial success in the U.S., fueled first by the AIDS epidemic, and later by a growing interest in probiotics and gut health.

In the episode, listeners meet The Blob (also known as a SCOBY or mother): a fibrous, slippery mat of yeast and bacteria that ferments sugary tea into kombucha. Gastropod co-hosts Cynthia and Nicky bring segments of their own home-brew blobs to Wolfe's lab, contributing to what may well be the world's largest collection of kombucha cultures. (Wolfe created his kombucha zoo by scouring Etsy for samples from around the United States.) The hosts' cultures go head-to-head, competing under the microscope and under the scientists' noses for the healthiest, most fragrant, and all-round best kombucha. Along the way, Wolfe explores the fascinating microbiology behind each culture's unique flavor and behavior. 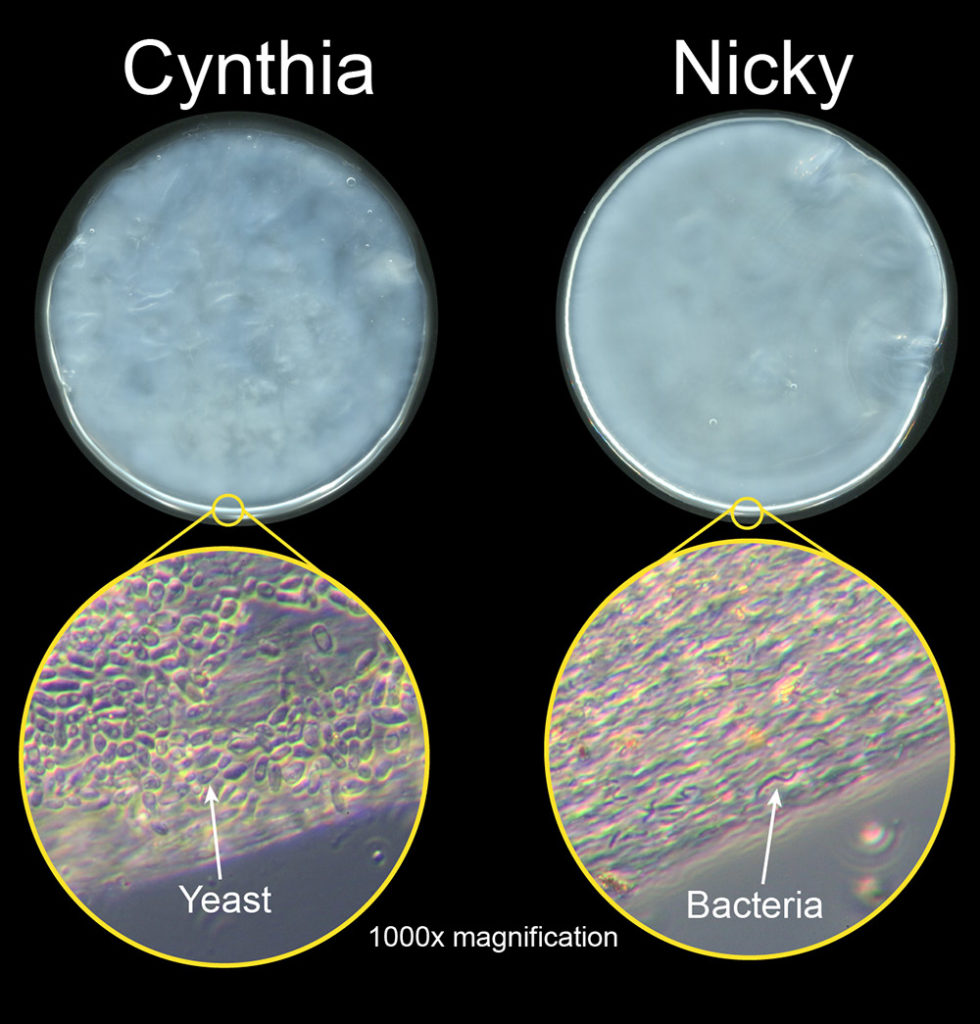 Nicky and Cynthia's blobs under the microscope. Courtesy The Wolfe Lab.

While kombucha fans have long promoted the drink as a cure-all, listeners may be disappointed to learn that there's little science supporting such health claims, though Wolfe does suggest a potential mechanism through which fermented tea might have a positive impact on the gut microbiome. But, even though it likely doesn't hold the secret to eternal life, Wolfe is hoping his kombucha collection will help answer much more fundamental questions about microbial life. Along the way, he may even discover how to engineer the perfect blob. 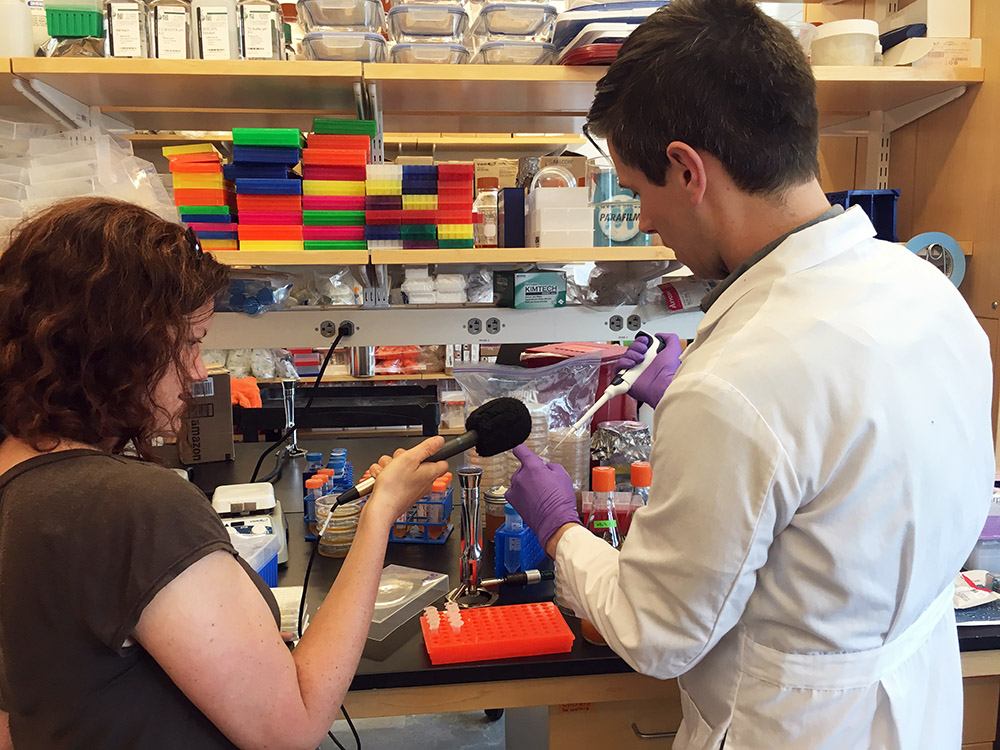 Listen in now to discover the bizarre history and fascinating science of kombucha, as well to find out whether Nicky or Cynthia's blob won the Great Gastropod Co-Host Kombucha Smackdown.

You can find our microbiologist-in-residence Ben Wolfe at Tufts University, where he heads the Wolfe Lab, as well as on Twitter @lupolabs.

We have a special reward—a private newsletter crammed with extra snippets, recipes, and stories from each episode—for those of you who support Gastropod with a gift of $5 or more per episode on Patreon or $9 per month through our donation page. Don’t miss out!