Mangoes inspire passion, particularly in India, which is home to hundreds of varieties of the fruit. They are celebrated in Indian music, poetry, and art; they are mentioned in Hindu and Buddhist religious texts as well as the Kama Sutra; and Indian expats will even pay hundreds of dollars for a single, air-freighted box of their favorite variety. But while the average red-skinned mango in the American grocery store is certainly pretty, they're disappointingly bland and crunchy. This episode, we embark on a mango quest to discover how a mango should taste, why the American mango lost its flavor, and how it might just get it back. This is a story that involves a dentist from New Jersey, George W. Bush, and some Harley Davidsons, as well as a full-on mango orgy—so listen in!

Our episode begins with an American student in London. Having tasted the aromatic, creamy flesh of an imported Alphonso mango at the luxury department store, Harrods, journalist Myles Karp resolved to never again settle for the insipid supermarket specimens of his American youth. But Indian mangoes, including the Alphonso, were simply not available in the U.S.: for years, it was forbidden to bring them into the country for quarantine reasons. To help us understand what we were missing, we called mango obsessives Sohail Hashmi and Rhitu Chatterjee, who thrilled us with tales of all-day mango orgies in the orchards outside Delhi and exquisite dishes that showcase each variety's unique charms. 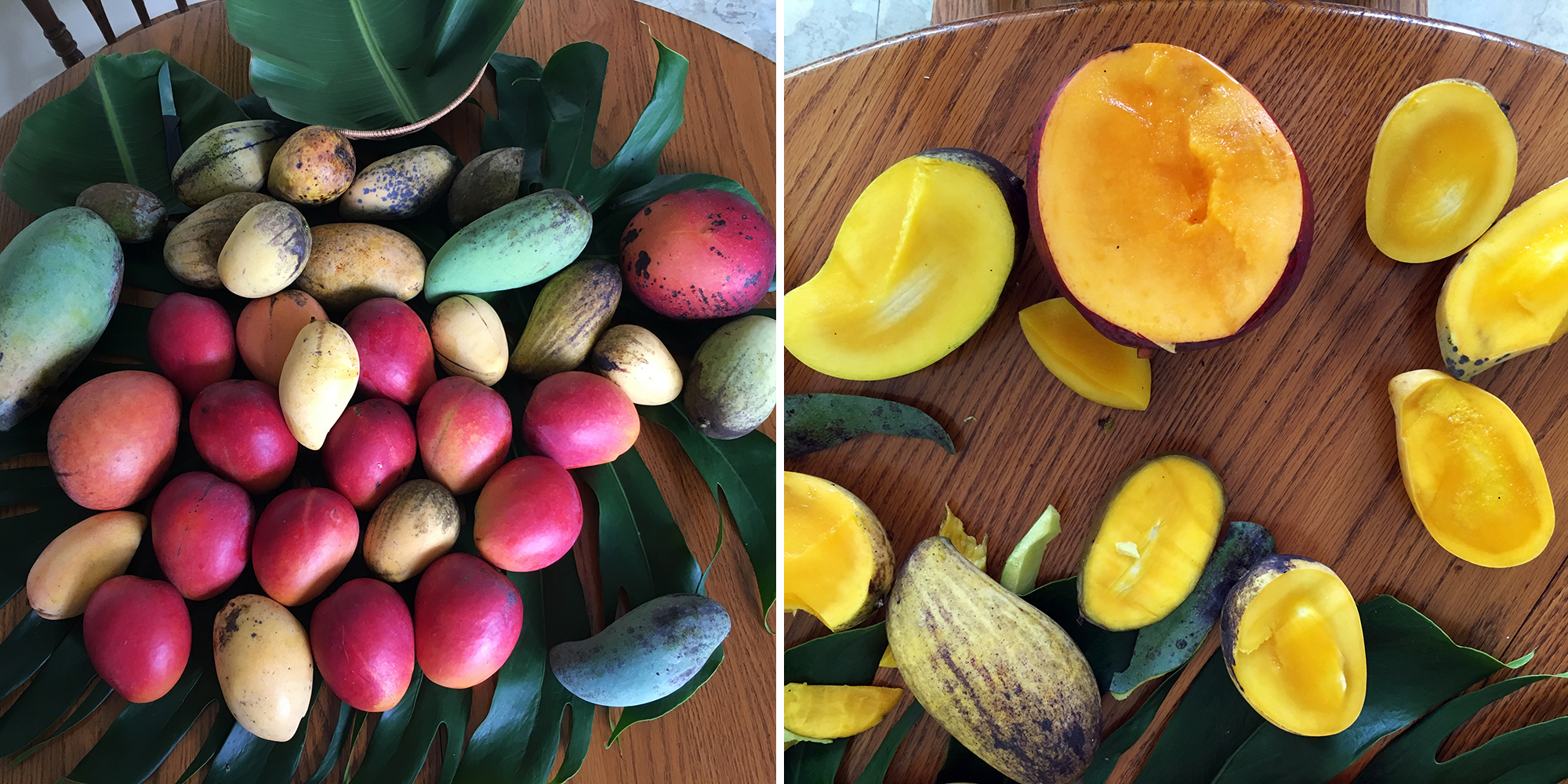 Mangoes from around the world at the Fairchild Tropical Botanic Garden. Photo by Nicola Twilley.

As it happens, the American ban on Indian mangoes was lifted in 2007, after a saga that involved a failed mango smuggling incident, as well a complicated trade agreement between the U.S. and India that ended with George W. Bush swapping Harleys for mangoes. But the country has hardly been flooded with delicious Indian mangoes. Why not—and why are the ones we do import from Mexico, Peru, and Brazil such pale imitations of the real thing? 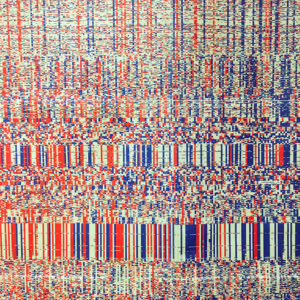 Finally, our mango quest takes us to Florida, where USDA scientists David Kuhn and Barbara Freeman described the bottlenecks that led to a single hardy but tasteless variety, the Tommy Atkins, dominating U.S. supermarket shelves. Over the past couple of years, they've been hard at work mapping the mango genome, in order to breed a better mango for America—and they think they're close. Meanwhile, down the road at the Fairchild Tropical Botanic Garden, horticulturalist Noris Ledesma has accumulated a collection of some six hundred varieties from all over the world. With her, we indulged in a mango orgy of our very own, tasting our way across South-East Asia, from the garlicky notes of the domestic mango's wild relatives in Borneo to the coconut delights of the Burmese Shwe Hintha. Ledesma is determined to create a new nation of mango maniacs right here in the U.S., by breeding the perfect purple mango. Will the American mango ever inspire poetry of its own? Listen in now to find out.

Myles Karp is a journalist on the fruit beat. Earlier this year, he wrote about the Alphonso ban and its repeal for Munchies: "We Were Promised the World's Most Delicious Mangoes. They Never Came." The dentist Bhaskar Savani, who successfully lobbied to be able to import Indian mangoes to the U.S., sells Alphonsos and more online at SavaniFarms.com; other importers include Mangozz.

Rhitu Chatterjee is a reporter and editor on NPR's Science Desk, as well as a lifelong mango maniac. 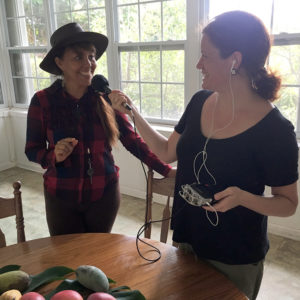 Noris Ledesma is curator of tropical fruit at the Fairchild Tropical Botanic Garden in Coral Gables, Florida. She collects mango species (and other fruits) from around the world for the Garden and is trying to create the perfect mango; she tweets about her mango adventures at @Floridamangos. Every July, Ledesma organizes a Mango Festival at the Fairchild, at which you can taste some of the hundreds of varieties grown at the garden, and much more besides. You can hear our entire episode on David Fairchild, for whom the garden is named, here.

David Kuhn is a molecular biologist and Barbara (Barbie) Freeman is a research technician at the USDA  Subtropical Horticulture Research facility in Miami, Florida. Kuhn's paper, "Genetic map of mango: a tool for mango breeding," was published in Frontiers in Plant Science in 2017. The new and improved mango that they've bred will be called the Tondo.