A slice of lime in your cocktail, a lunchbox clementine, or a glass of OJ at breakfast: citrus is so common today that most of us have at least one lurking on the kitchen counter or in the back of the fridge. But don't be fooled: not only were these fruits so precious that they inspired both museums and the Mafia, they are also under attack by an incurable immune disease that is decimating citrus harvests around the world. Join us on a historical and scientific adventure, starting with a visit to the ark of citrus—a magical grove in California that contains hundreds of varieties you've never heard of, from the rose-scented yellow goo of a bael fruit to the Pop Rocks-sensation of a caviar lime. You'll see that lemon you're about to squeeze in a whole new light.

The citrus fruits we find in the grocery store today are all descended from four highly promiscuous ancestors: the citron, the pomelo, the pepeda, and the mandarin. From their origins in northern India, southwestern China, and Malaysia, these prized golden fruits accompanied travelers along the Silk Road, migrating to the Middle East and, eventually, Europe and the Americas. Over time, citrus colonized the world, transforming local cuisines in the process: the citron was incorporated into Jewish religious ritual; sour oranges became the dominant flavor of medieval European cuisine; and orange trees laid the foundation for California's second gold rush. 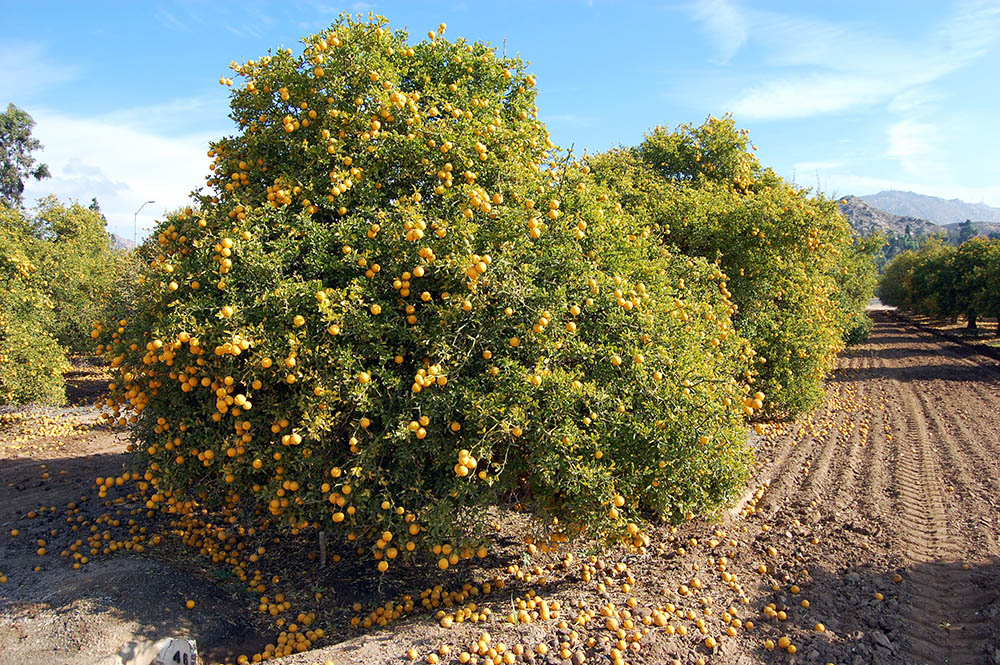 The Citrus Variety Collection at UC Riverside. Photo by Nicky for Venue.

To explore the astonishing flavors of citrus, we visit the University of California Riverside's Citrus Variety Collection, which boasts more than a thousand different kinds of fruit trees. Pomelos and blood oranges were in season when we visited, and the air in the grove was filled with the intoxicating scent of orange blossoms. We're joined by Helena Attlee, author of The Land Where Lemons Grow, for a ramble through the fruit's checkered history. Along the way, Atlee explains how the discovery of the life-saving powers of lemons, which staved off scurvy at sea, inadvertently led to the birth of the Mafia in Sicily’s Conca D’Oro. Finally, we talk with scientist Wenbo Ma, who is racing to find a cure for citrus greening disease, an incurable bacterial infection that is wiping out groves all around the world.

Australian finger lime in the Citrus Variety Collection. Photo by Nicky for Venue. 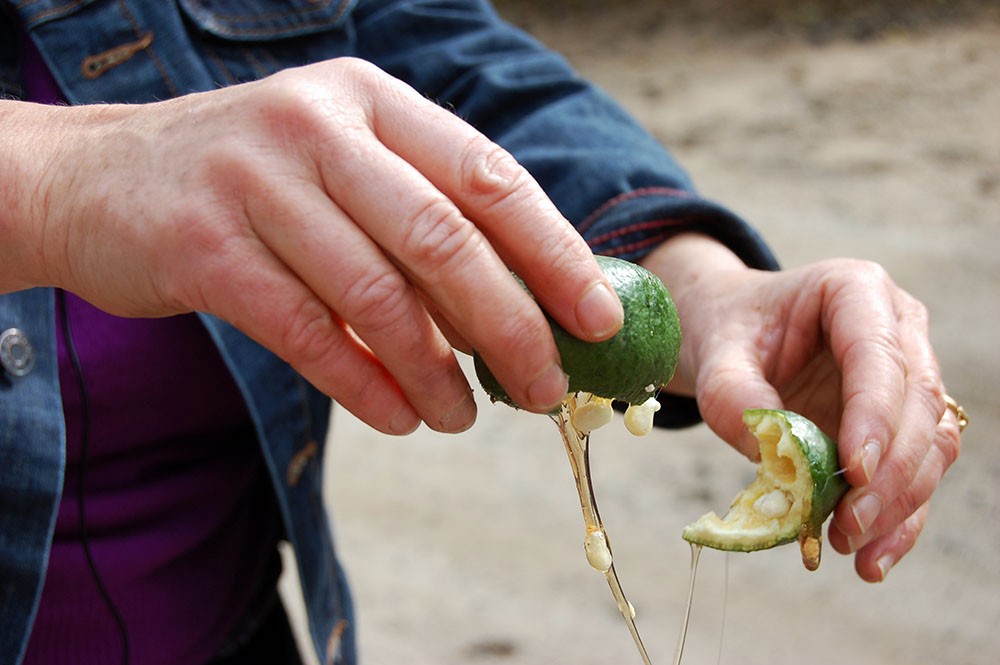 Special thanks this episode to Givaudan, the 200-year-old fragrance and flavor company. A decade ago, they began a collaboration with the UC Riverside Citrus Variety Collection, and they’ve been supporting the scientific research there while gaining inspiration from the collection's intense flavors ever since. This year, in honor of the tenth anniversary of the collaboration, they invested one million dollars to endow a chair at the UCR's research program. As part of the celebration, Givaudan flew Cynthia out to participate in a group tour of the citrus collection. For more insight into how Givaudan's flavor creation process works, we recommend listening to our Savor Flavor episode featuring flavorist Michelle Hagen.

Tracy Kahn is curator of UCR’s Citrus Variety Collection, one of the world’s most diverse living collections of citrus and related types, with approximately 1,000 different varieties. Founded in 1910, as part of the U.S. Department of Agriculture's Riverside Citrus Experiment Station, its mission is to conserve citrus and citrus relatives as well as to provide a resource of citrus genetic diversity for research. 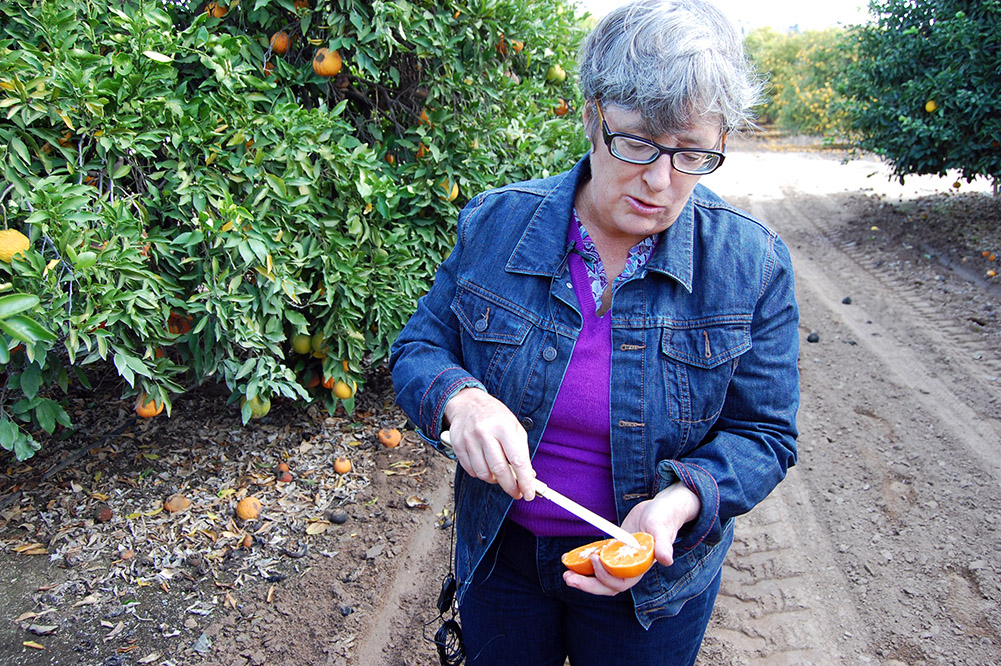 Helena Attlee is a writer with a particular expertise in the gardens of Italy, where she also leads tours. Her recent book, The Land Where Lemons Grow, is an utterly delightful meander through the history of citrus in Italy, complete with mouth-watering recipes. We highly recommend it.

Wenbo Ma is an associate professor and plant pathologist at UC Riverside. She and her colleagues recently received a $4 million grant from the U.S. Department of Agriculture as part of an enormous effort to fight citrus greening disease, or huanglongbing. For more information about the disease, check out journalist Amy Harmon's article, "A Race to Save the Orange by Altering its DNA" in The New York Times.

We have a special new reward—a private newsletter crammed with extra snippets, recipes, and stories from each episode—for those of you who support Gastropod with a gift of $5 or more per episode ($9 per month). Don't miss out!