Seaweed farming is booming: the global harvest has doubled in the past decade, according to a new report from the United Nations University, and it's now worth more than all the world's lemons and limes. Most of that seaweed ends up in our food, though there is a growing market in seaweed-based cosmetics and drugs. So what does a seaweed farm look like? How does it help restore the ocean? And what can you do with kelp in the kitchen, other than wrap sushi? Join us for a conversation with Bren Smith, fisherman-turned-seaweed farmer, for the answers to these questions and more.

In this special episode, we're airing an excerpt from our first-ever live show, held in front of a sold-out crowd at Boston's Museum of Science on May 4, 2016. Bren Smith, director of Thimble Island Ocean Farm and an environmental nonprofit called GreenWave, as well as winner of the 2015 Buckminster Fuller Challenge Award for ecological design, joined us on stage to talk about his journey from industrial fishing to 3D ocean farming. He's an inspiring advocate for seaweed's potential to restore both ocean and human health, as well as stop cows from farting and improve your sex life.

By the end of the conversation, you'll be dying to try a plate of kelp noodles, and maybe even contemplating a career switch into seaweed farming (as we were). We've said it before, and we'll say it again: kelp is the new kale. Listen in and find out why. 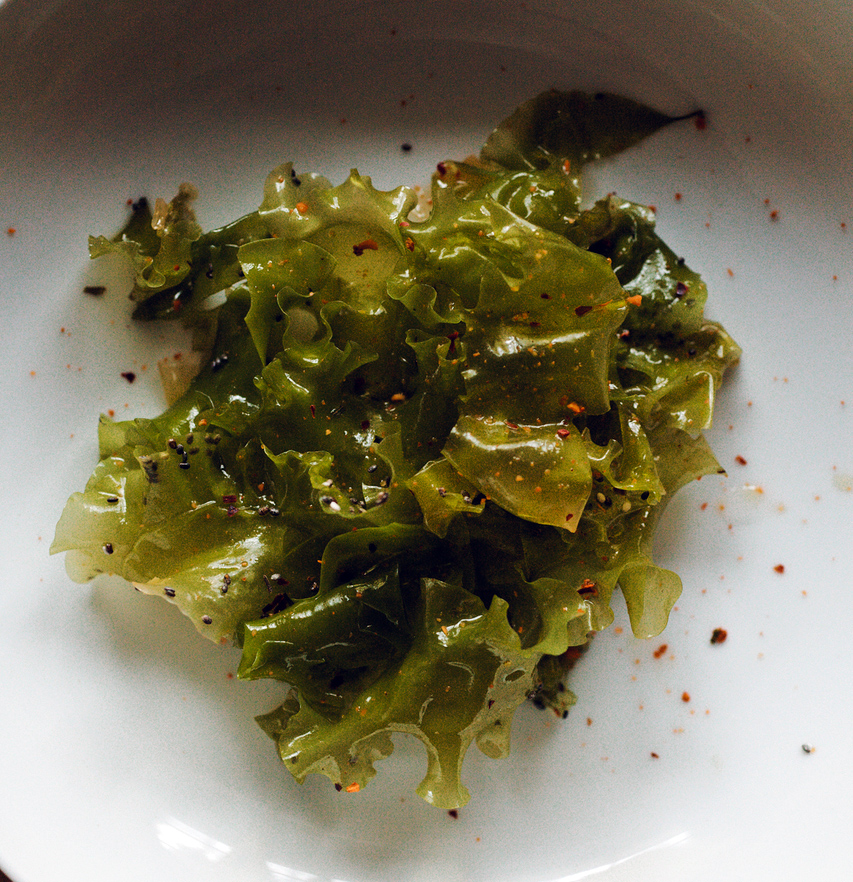 Bren Smith and his Seaweed

More information about Bren Smith's 3D ocean farming design, his kelp noodles, and pretty much everything else he talks about can be found at his sites: Thimble Island Ocean Farm and GreenWave.

Our first live event took place at the Boston Museum of Science in May 2016, and sold out in minutes. You can watch the video of the entire event here—and then invite us to your institution or event to do another show!

"Safeguarding the future of the global seaweed aquaculture industry," a new policy brief jointly authored by the UN University's Canadian-based Institute for Water, Environment and Health, and the Scottish Association for Marine Science, a UNU associate institute, was published earlier this month.