Shoestring, waffle, curly, or thick-cut: however you slice it, nearly everyone loves a deep-fried, golden brown piece of potato. But that's where the agreement ends and the battles begin. While Americans call their fries "French," Belgians claim that they, not the French, invented the perfect fry. Who's right? This episode, we take you right into the heart of the battle that continues to be waged over who owns the fry—who invented it, who perfected it, who loves it the most? And then we take you behind the scenes into another epic fight: the struggle for the perfect fry. Can food scientists create a fry with the ultimate crispy shell and soft inside, one that can stay that way while your delivery driver is stuck in traffic? Plus, the condiment wars: does mayo really have the edge over ketchup? Listen in now to find out!

Potatoes were domesticated in what's now Peru approximately ten thousand years ago, but fries—sticks of potato cooked in oil so that a crispy shell surrounds a creamy potato interior—are a European invention. Exactly where and when these crispy delights evolved, however, remains a matter of debate. The Spanish brought potatoes to Europe from their South American colonies in the 1500s, but, although they undoubtedly fried pieces of potato in olive oil, the results wouldn't have been fries as we know them. It took Northern Europeans, with their animal fat-based deep frying, to create the true fry. But which Northern Europeans: the Belgians or the French?

To get to the bottom of this mystery, we travel to Belgium to both visit the world's largest and smallest fry museums—the Frietmuseum, in Bruges, and the Home Frit'Home micro museum, in Brussels. With the help of the museums' founders, Eddy van Belle and Hugues Henri, we examine the evidence—books, engravings, fairground posters, missing letters, and dead journalists—and declare a victor. And then, undaunted, Gastropod wades into another battlefield: the fight for the perfect fry. 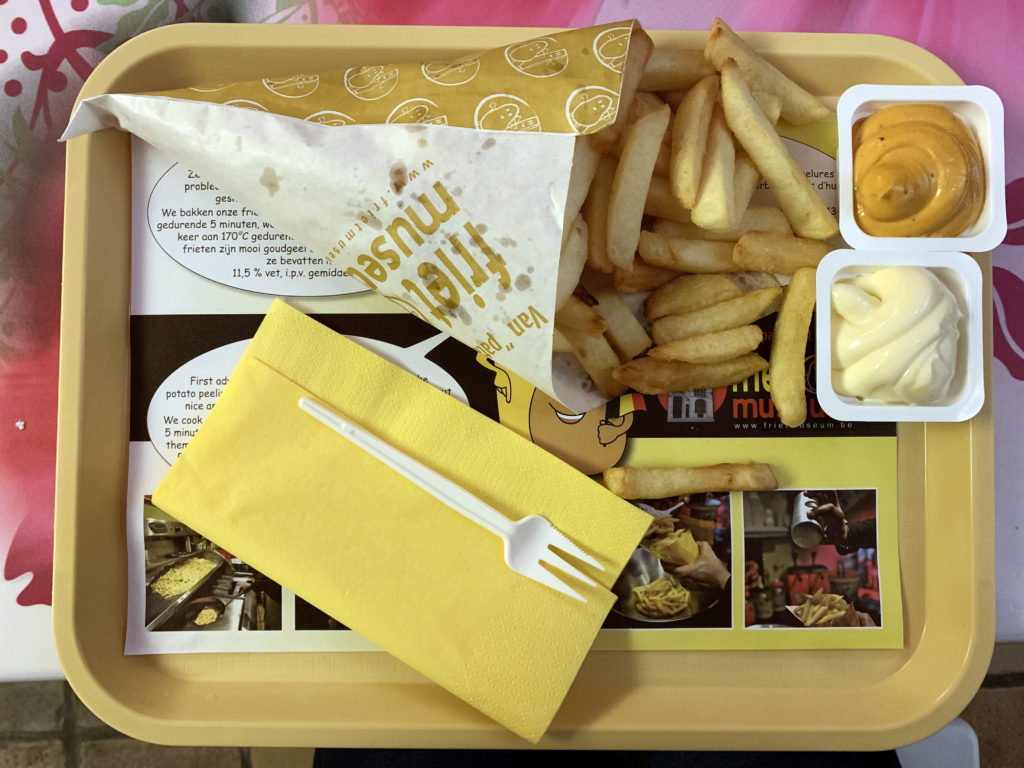 The perfect Belgian fry as served at the Frietmuseum: a Bintje potato fried in beef tallow and served with mayonnaise. Photo by Nicola Twilley.

Thanks to food scientists, this is a battle that has largely been won. "About fifty, sixty years ago, it would be not unusual to walk into a restaurant and eat a fry that was soggy, doughy, mealy, limp, or very hard," Kantha Shelke, principal at Corvus Blue, a food science and research firm, told us. "You don't get that today. Practically every restaurant has fries that are crisp and deliciously and sensually soft inside."

We go behind the scenes with Shelke, as well as Deborah Dihel, vice president of innovation at Lamb Weston, one of the largest producers of frozen french fries in the U.S., to learn the scientific secrets of that success. We also hear about the failures along the way—from Lamb Weston's fry shape graveyard to Shelke's undercover operation to try to make a certain fast-food restaurant's fries match up to those of their competitor. (Shelke wouldn't reveal the name of either restaurant, but we have an educated guess!) 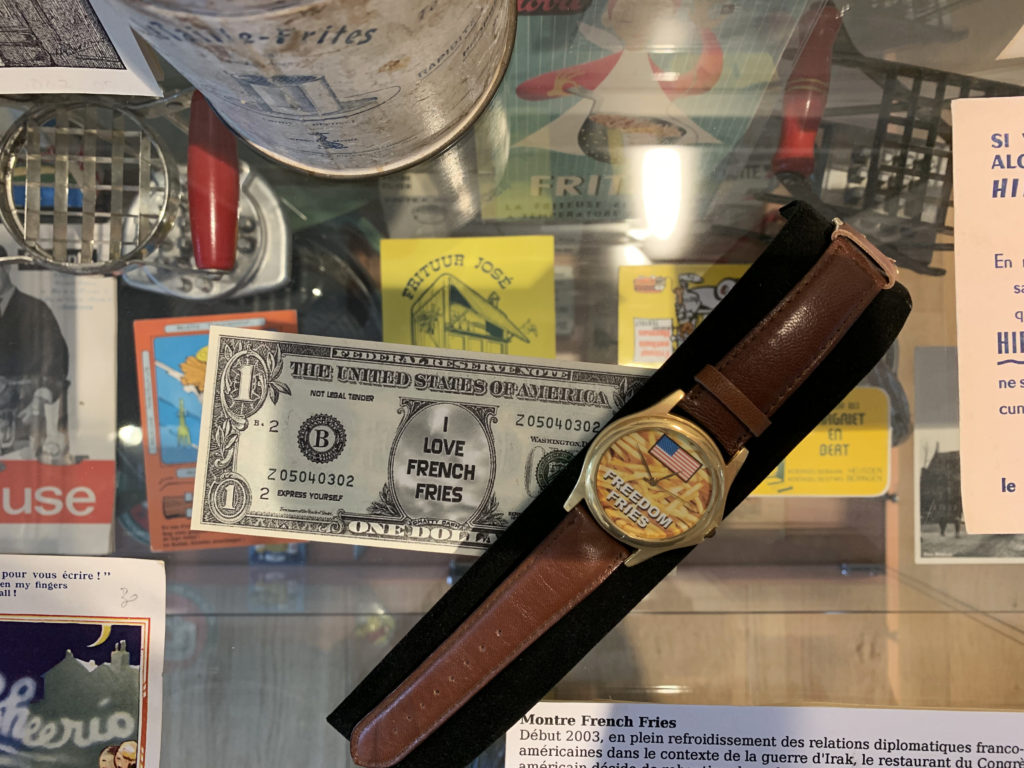 A Freedom Fries watch on display at Home Frit'Home. Photo by Nicola Twilley.

Today, however, there's a new challenge facing fry scientists: the rise of delivery. "When you make fresh French fries and you put them in a closed package, you create a little sauna in there," explained Dihel. Dihel's team has spent years fighting soggy delivery fries—one of her colleagues even signed up to be an Uber Eats driver, to better understand the challenge facing fries. Can they deliver a fry that stays crispy all the way from the restaurant to your front door? Listen in to find out!

Eddy van Belle, and the Frietmuseum 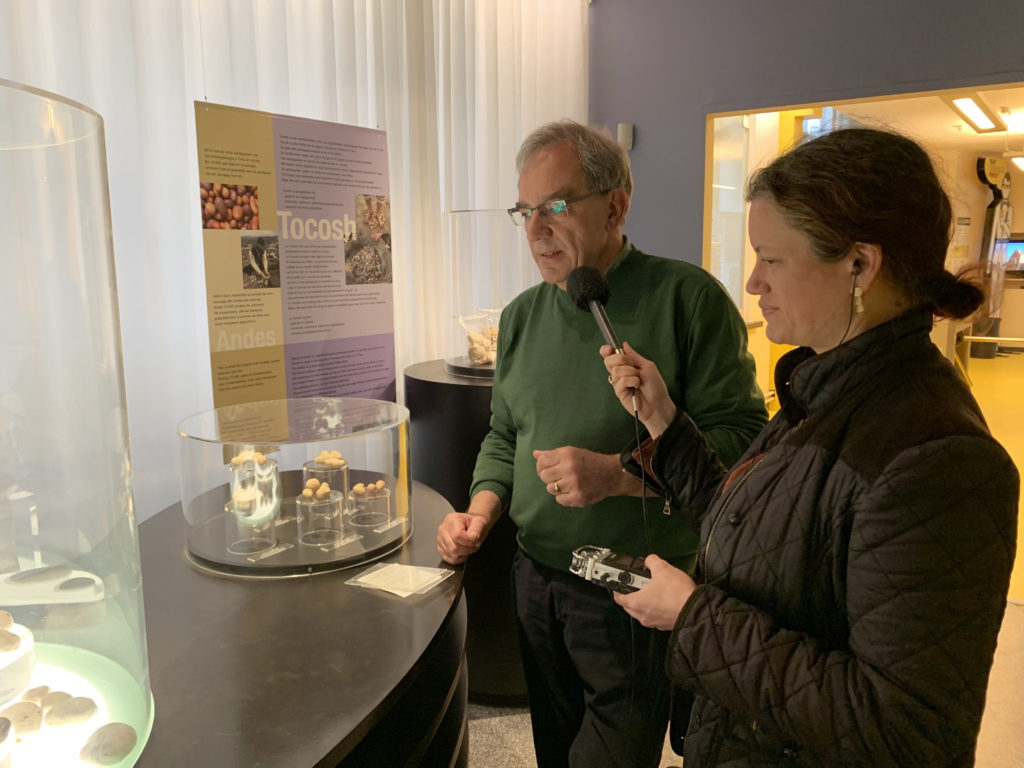 Cynthia and Eddy van Belle at the Frietmuseum, Bruges. Photo by Nicola Twilley.

You can find everything you need to know about Eddy van Belle's Frietmuseum on its website, here. And, if you do get to Bruges for an in-person visit, why not check out van Belle's chocolate museum and lamp collection, too? 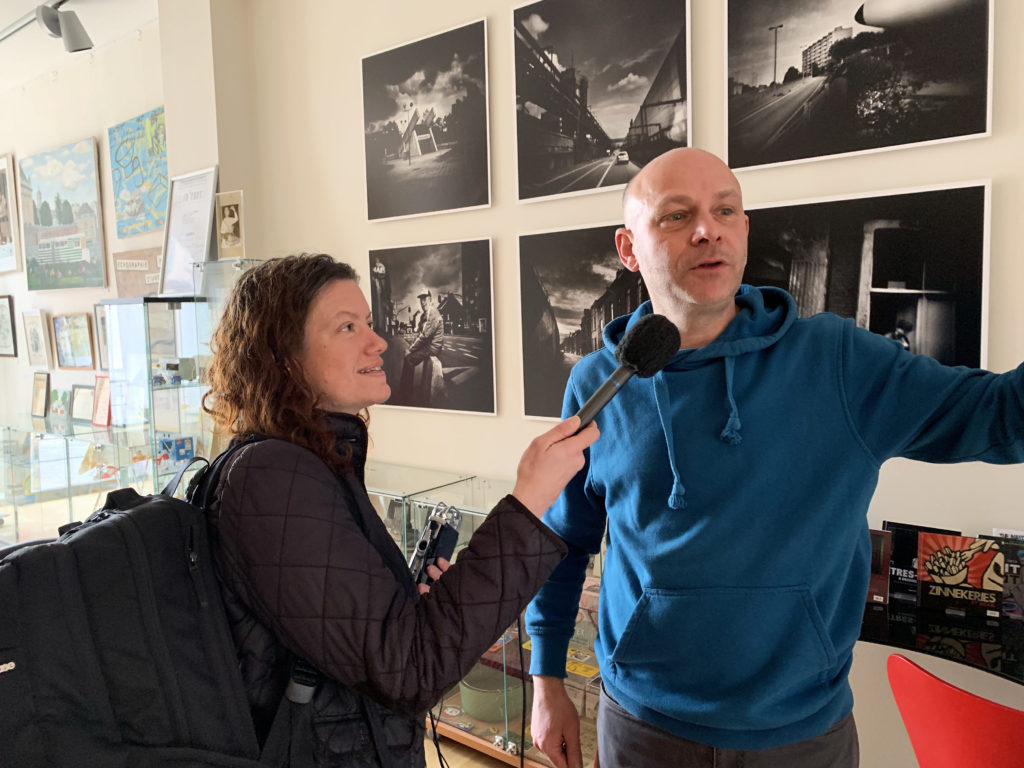 Hugues Henri's fry micro museum is also an Airbnb lodging, should you wish to fully embrace frite culture on your next visit to Brussels.

Kantha Shelke is principal at Corvus Blue, a food science and research firm, and a regular guest on Gastropod: you can hear her talk to us about the science of jelling agents and plant milks in our Watch it Wiggle and Who Faked My Cheese? episodes.

Deborah Dihel is vice president of innovation at frozen potato company Lamb Weston, where her most recent triumph is the "Crispy on Delivery" project.