Just a little over a hundred years ago, eastern forests were studded with what was called "America's perfect tree": 100-foot giants with straight-grained, rot-resistant wood, which filled the woods every fall with delicious, nutritious nuts. This nut—the American chestnut—was a staple in the diet and culture of Indigenous peoples, local wildlife, and colonial Americans. Then, in the early 1900s, disaster struck: a deadly and seemingly unstoppable disease moved in and made the species functionally extinct. But Americans haven’t given up on the chestnut; there’s a movement today to bring back this iconic tree using a variety of ingenious approaches. So what will it take to return the “redwood of the East” to our forests—and its sweet, buttery nut to our plates? Join us this episode as we take a frolic through the chestnut’s forgotten history and the science underpinning its potential return, as well as visit a farm growing hybrid American chestnuts to taste for ourselves why they once drove Americans wild—and might soon do so again.

Left, under-ripe chestnuts in their green burrs on the tree; right, the nuts pop out of a dried burr after it falls to the ground. Photos by Nicola Twilley. 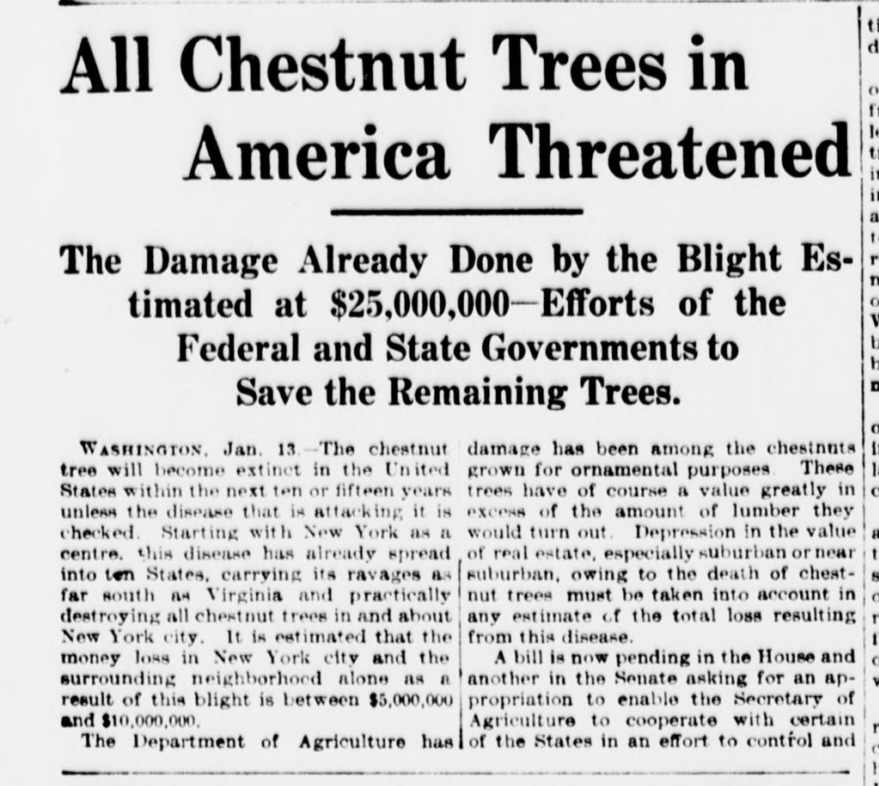 An alarmed article in The Sun, a New York City newspaper, from January 1912, just eight years after the first report of chestnut blight in the United States. Photo courtesy of the Library of Congress.

Kim and David Bryant are the founders of Virginia Chestnuts, a group of three family-run chestnut orchards operated from their home base of Bryant Farm in Shipman, Virginia. You can learn more about the farm and order chestnuts at their website.

Lauren Evoy Davis is a health and science writer as well as Virginia Chestnuts' social media and PR manager, and is a whiz in the kitchen when it comes to chestnut cooking.

Left, scoring chestnuts, made simpler by this special tool, prevents an explosion when they are roasted, as shown to the right. Photos by Nicola Twilley. 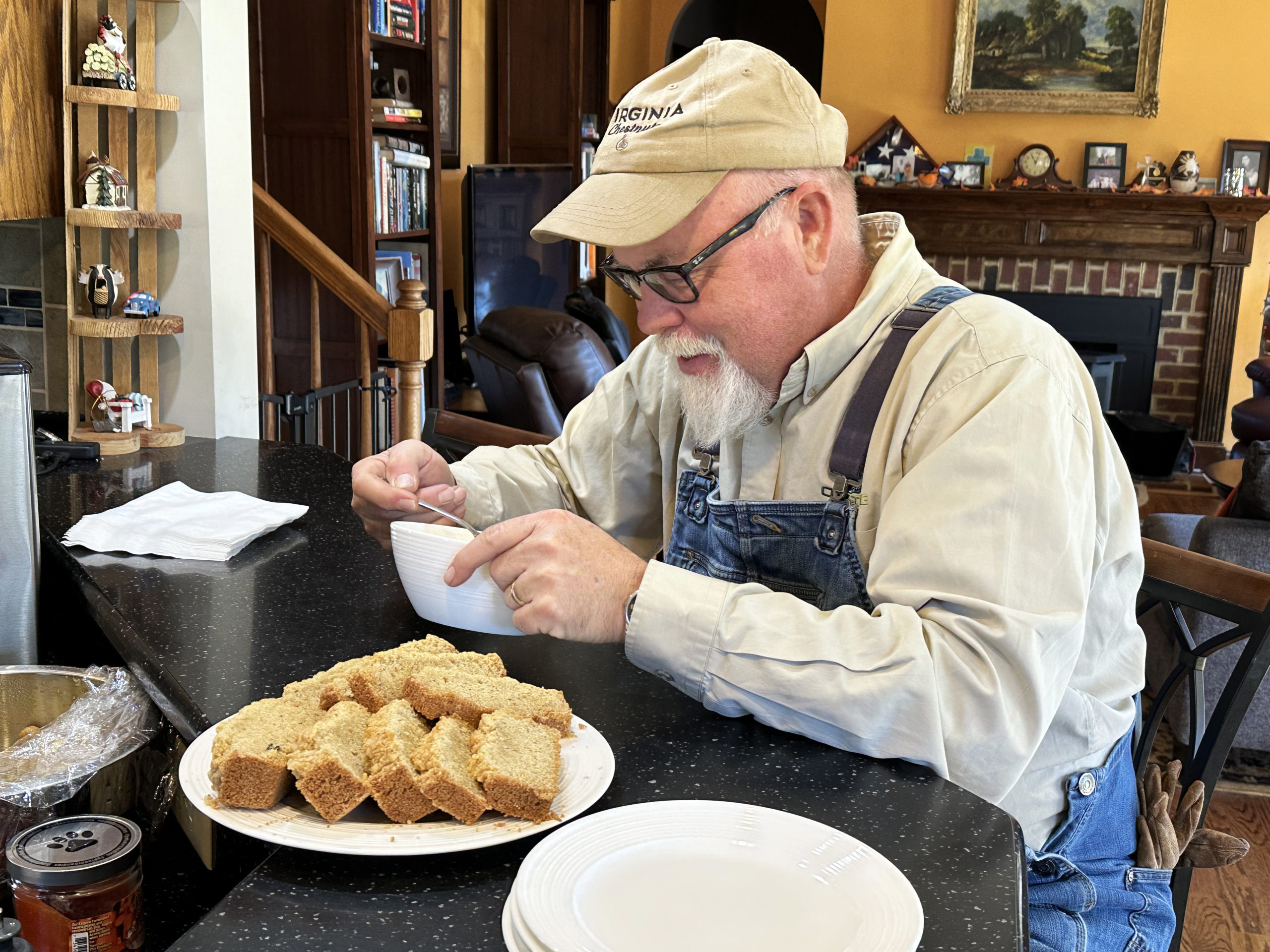 The Alfred P. Sloan Foundation for the Public Understanding of Science, Technology, and Economics

This episode of Gastropod was supported by a generous grant from the Alfred P. Sloan Foundation for the Public Understanding of Science, Technology, and Economics. Check out the other books, movies, shows, podcasts, and more that they support here.