We love eggs scrambled, fried, or poached; we couldn't enjoy a quiche, meringue, or flan without them. But for scientists and archaeologists, these perfect packages are a source of both wonder and curiosity. Why do eggs come in such a spectacular variety of colors, shapes, and sizes? Why are we stuck mostly eating chicken eggs, when our ancestors feasted on emu, ostrich, and guillemot eggs? This episode, we explore the science and history of eggs, from dinosaurs to double-yolkers!

Ornithologist Tim Birkhead is the author of a book about eggs, titled The Most Perfect Thing, and, as a result, people frequently ask him which came first, the chicken or the egg. "Everybody thinks they're asking it for the first time," he said. "And, of course, it's eggs that came first." Dinosaurs laid eggs, long before their descendants, the birds, took flight. In fact, as evolutionary biologist Mary Caswell Stoddard, told us, the hard-shelled egg is the technological revolution that allowed birds to evolve. Leathery dinosaur eggs had to be laid somewhere moist, because they needed external liquid to provide water to the growing baby dino (as most reptile eggs still do today), while the bird egg's solid exterior created a protective wall around the water already inside the egg. And so birds could move away from water to reproduce, because these new hard-shelled eggs could be laid just about anywhere. 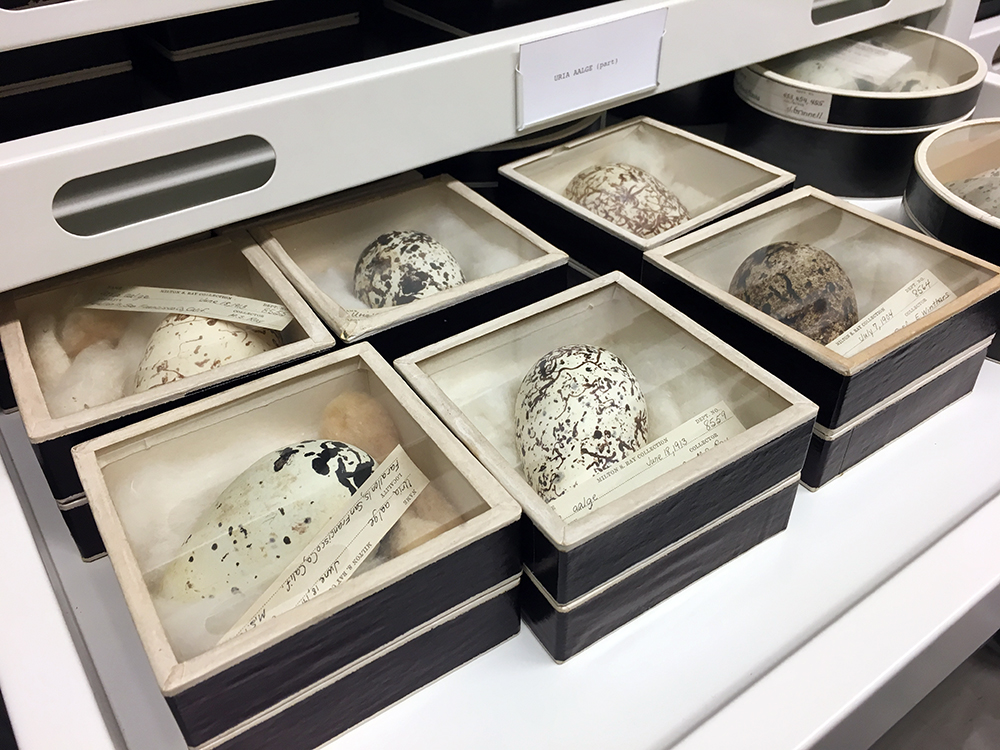 Guillemot eggs in the collection of the Museum of Vertebrate Zoology at the University of California, Berkeley. Photo by Geoff Manaugh.

With the help of Birkhead, Stoddard, and a visit to one of the world's largest collections of eggs, at the Museum of Vertebrate Zoology at the University of California, Berkeley, we explore this perfectly nutritious, endlessly versatile culinary resource that humans across the globe have taken advantage of for millennia. But there are thousands of species of birds, each with their own unique eggs—so when did the chicken egg become synonymous with egg, to the point where most of us have never tasted any other kind? Zooarchaeologist Julia Best and food historian Adele Wessell help us trace the chicken's rise to global domination, from the handful of eggs laid by its wild ancestor yearly to the more than 300 a hen can pump out each year today. Finally, we turn to questions of taste: do different color eggs taste different? Can we tell quail and chicken eggs apart in a blind test? Listen in for the results! 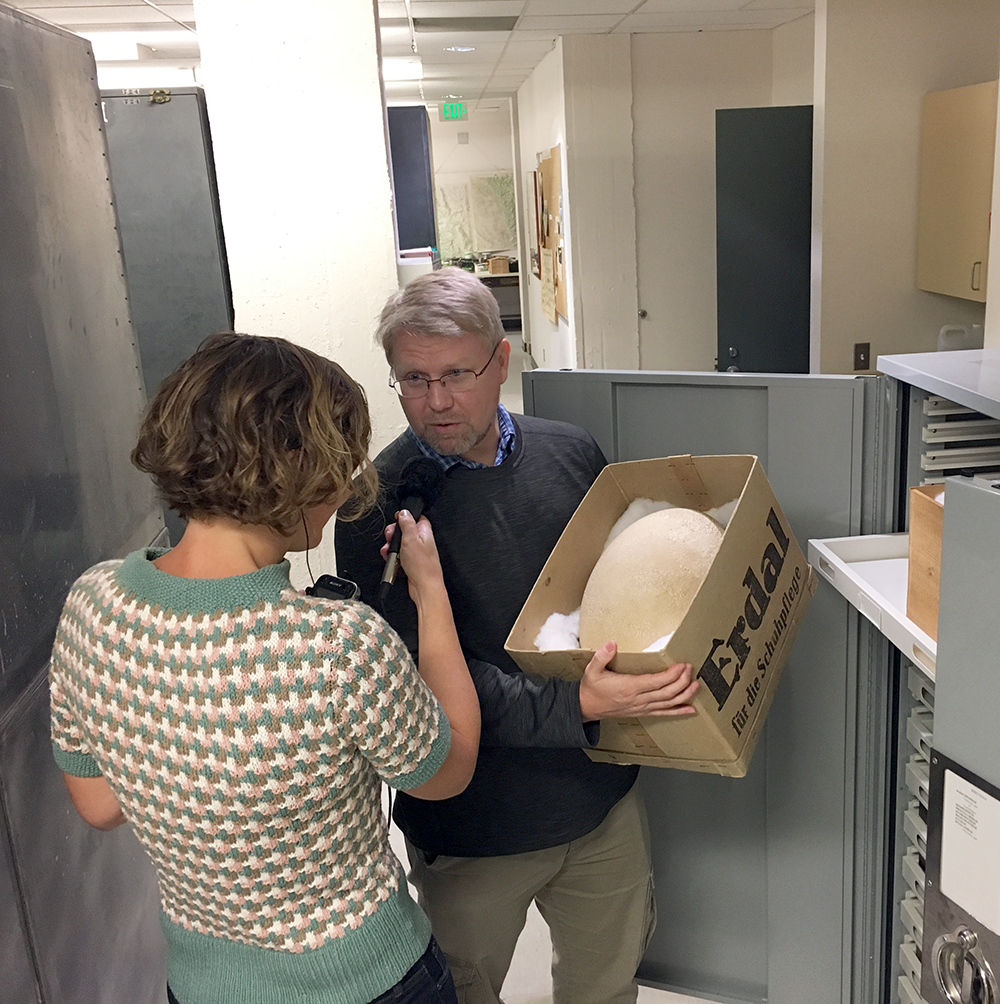 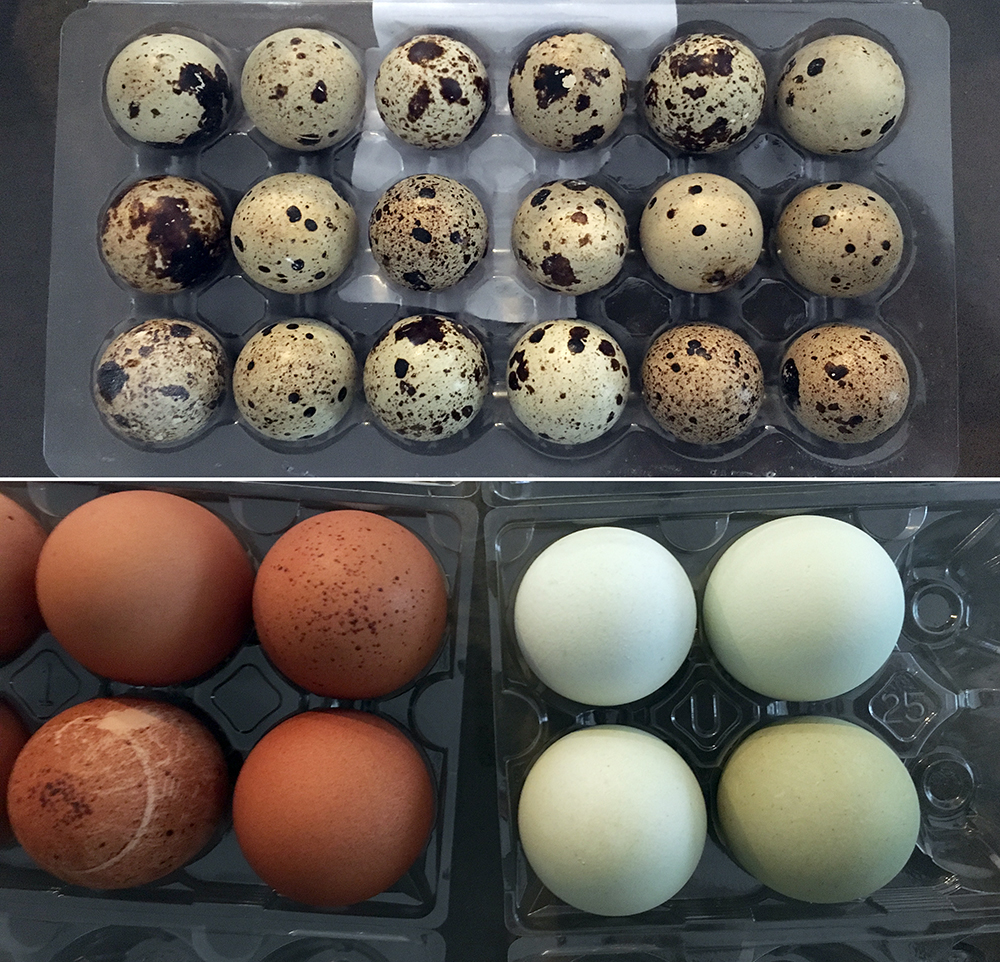 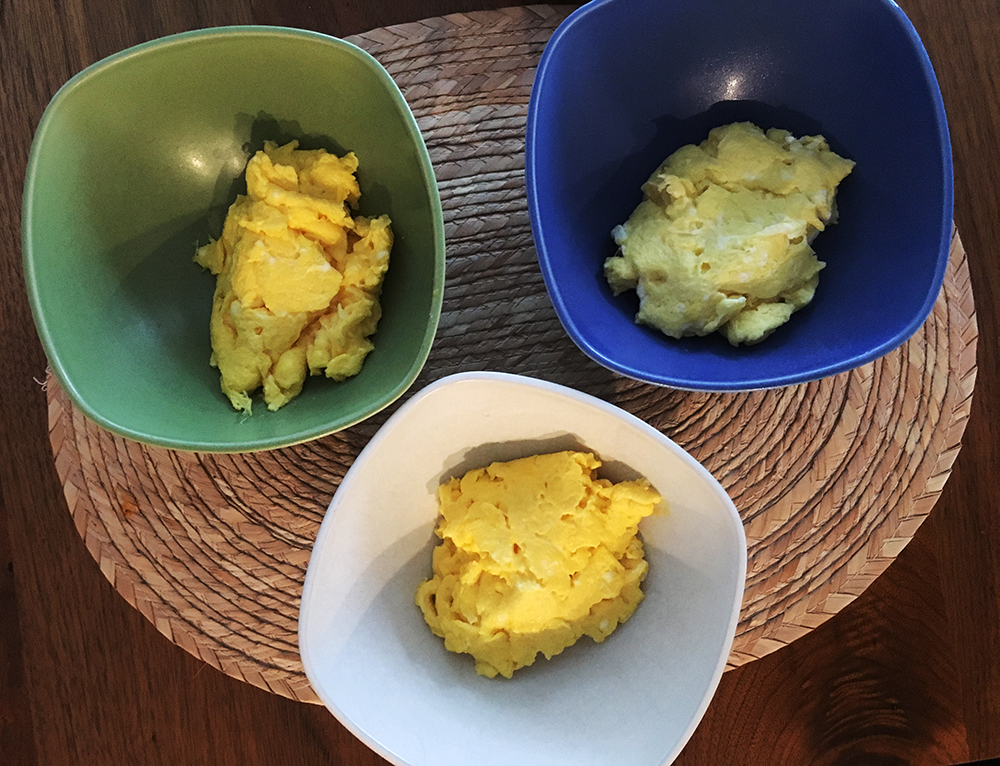 Scrambled: can you spot which is which? Photo by Nicola Twilley. Scrambling by Tim Buntel!

Mary Caswell Stoddard is an evolutionary biologist at Princeton University. Her research explores the mysteries of egg shape, size, structure, and coloring, among other topics. While studying these questions, she's also developed several tools that she makes freely available, including TetraColorSpace, for exploring bird vision, and, of course, the famous EggxTractor.

Tim Birkhead and The Most Perfect Thing

Tim Birkhead is an ornithologist and professor of zoology at the University of Sheffield, whose research has focused on birds and their reproduction. He's the author of Bird Sense: What It's Like to be a Bird, and The Most Perfect Thing: Inside (and Outside) a Bird's Egg.

Rauri Bowie and the Museum of Vertebrate Zoology

Rauri Bowie is curator of birds at the Museum of Vertebrate Zoology at the University of California, Berkeley. He kindly showed us round the museum's incredible egg collection, which has recently been photographed and digitized to make it more accessible to researchers, thanks to a grant from the National Science Foundation.

Some of the variety of egg shape, shell texture, color, and size within the MVZ collection. Photo by Geoff Manaugh. 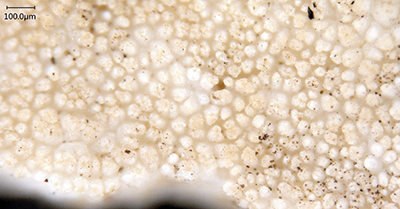 The inside of one the egg shells from the Roman amphitheater in Chester, showing the distinctive features that allowed Julia Best to determine that these were chicken eggs, eaten as eggs rather than hatched. Photo by Julia Best. Material provided by Anthony Wilmott.

Julia Best is a zooarchaeologist based at Bournemouth University in the United Kingdom. She researches the history of chicken egg production and consumption as part of the Cultural & Scientific Perceptions of Human-Chicken Interactions project, alongside Naomi Sykes and Greger Larsen, whom we interviewed for our Why These Animals? episode.

Adele Wessell is a food historian based at Southern Cross University in Australia.

As we heard in the episode, birds are tetrachromats—they have four cones in their eyes, whereas we only have three. This means that birds see up to a hundred times more colors than we do. But it turns out that some humans have a mutation that makes them tetrachromats, too—only women have it, and scientists aren't sure how common it is. Want to know if you're a tetrachromat? Neuroscientist Gabriele Jordan studies tetrochromacy at the University of Newcastle in the U.K.: her website has a little test you can take to learn more. 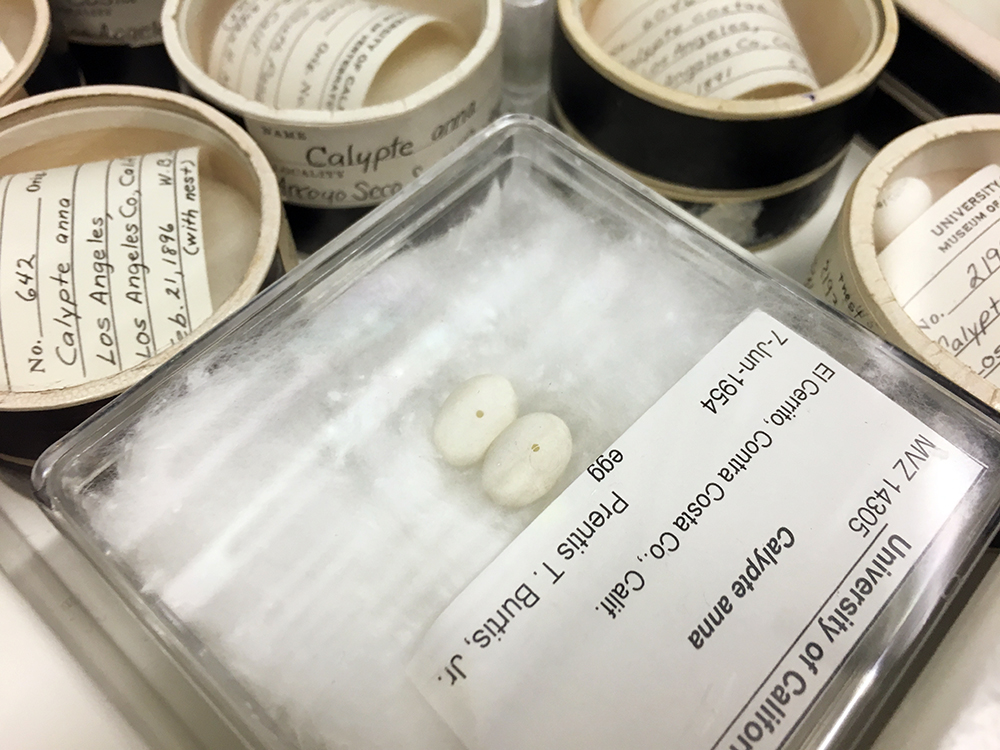 Last and, in fact, least: tiny hummingbird eggs, no bigger than a cannellini bean, in the MVZ collection. The holes are from where the egg was blown. Bowie told us that for the most fragile eggs, collectors would use ants to complete the cleaning process. Photo by Geoff Manaugh.