You could call it the Swiss Army knife of the kitchen: bouillon is a handy ingredient, whether it comes as bottled brown gloop, or a cube wrapped up in shiny foil like a tiny present. Today, cooks around the world rely on this secret ingredient to add depth, flavor, and umami to their cooking. It wasn’t always so; like many of today’s packaged shortcuts, condensed bouillon got its start in the 1800s, when nutrition science was just taking off. How did the (mistaken) discoveries of a German chemist pave the way for these umami bombs—and what is umami anyway? How did bouillon brands like Maggi and Knorr become part of national dishes as far afield as Nigeria, India, and Mexico? And how did the invention of these early "essences of meat" lead to the creation of the love-it-or-hate-it spreads Marmite and Vegemite? Listen in now for all that, plus a matriarchal subterranean master race with electrical superpowers! 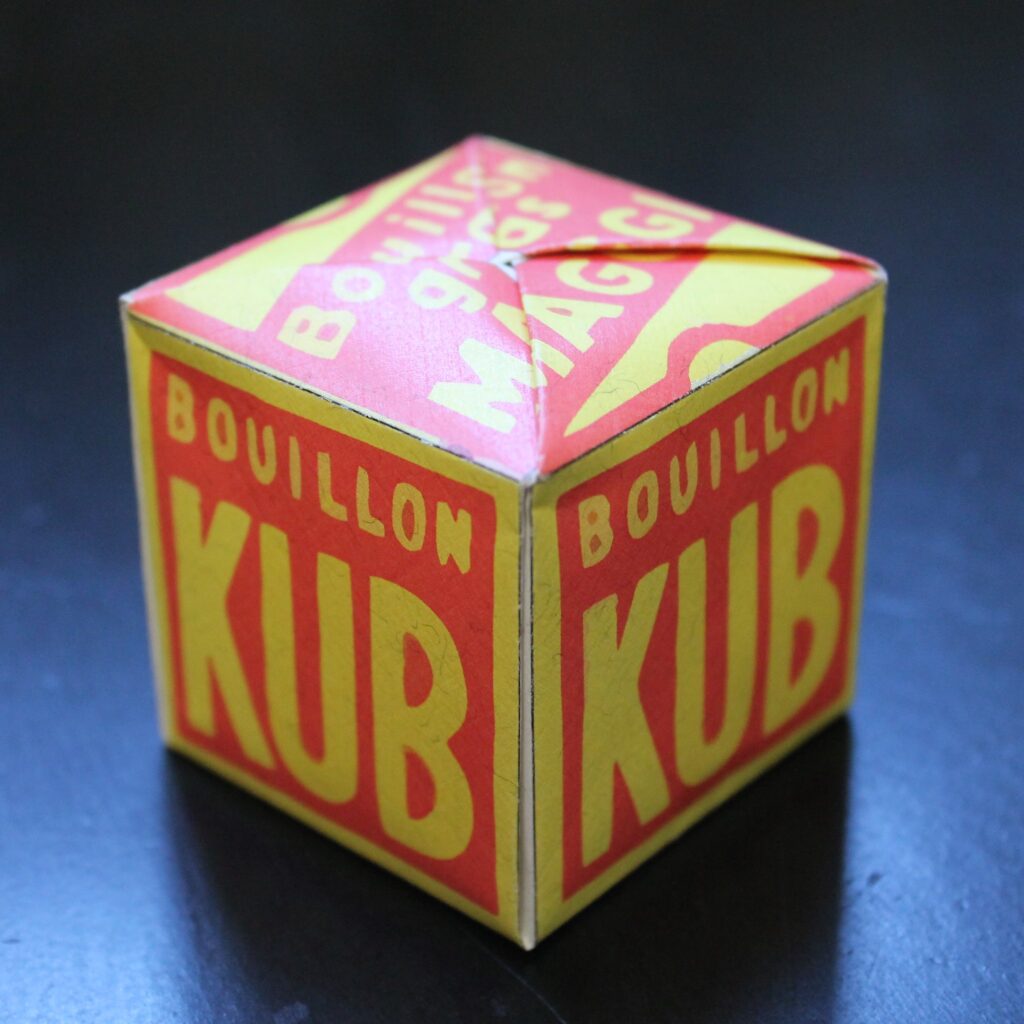 We’re excited to welcome flavor historian Nadia Berenstein back on the show—this year alone, she's already starred in a couple of episodes, telling us all kinds of weird and wonderful things about snacking booty and blue raspberries. Nadia is currently at work on a book whose working title is Flavor: An Artificial History.

Sarah Tracy is a historian who studies the science behind the pleasures and dangers of eating. Her book, Delicious: A History of Monosodium Glutamate and The Fifth Taste, Umami, will be published in fall 2021 by the University of California Press.

Simileoluwa Adebajo is the head chef and owner of Eko Kitchen. In 2019, Simi went viral when she announced that she was quitting her day job as a financial analyst to open San Francisco's first Nigerian restaurant. Right now, she is offering a takeout service on Sunday evenings called Grandma's Sunday Supper, in honor of her maternal grandmother, who taught Simi most of the recipes she now serves and who passed away this year; during the week, the restaurant has been providing between 500 and 600 meals each week to the elderly, the homeless, and people who are COVID-19 positive.

Pierre Thiam is a Senegal-raised, New York City-based chef, author, and restaurateur. He is executive chef of Nok by Alara in Lagos, and executive chef and co-owner of Teranga, a fast-casual chain in New York City. Pierre’s company, Yolélé Foods, advocates for smallholder farmers in the Sahel by opening new markets for crops grown in Africa.

Gabriela Lendo is a food designer and content strategist, and creative director at Wetaca, the biggest meal delivery service in Spain. La Fonda, a pop-up at which she shared flavors from her native Mexico, was featured by VICE Spain. Gabriela collects historical recipes at Los Recetarios.

Nik Sharma and The Flavor Equation

Nik Sharma is a molecular biologist, food writer, photographer, and recipe developer. His San Francisco Chronicle column, “A Brown Kitchen,” and his blog, “A Brown Table,” have both won several awards. Nik’s cookbooks include Season: Big Flavors, Beautiful Food and, most recently, The Flavor Equation: The Science of Great Cooking.

Listener and supporter Jenny Raymond suggested the topic of today's episode. In return, we'd like to suggest that you check out the super cool program she runs, Funny Girls, which uses improv to boost girls' leadership skills.