It's the epitome of summertime: there’s nothing like a cold, juicy slice of red watermelon on a swelteringly hot day. But, once upon a time, watermelons were neither red nor sweet—the wild watermelon has white flesh and a bitter taste. This episode, we scour Egyptian tombs, decaying DNA, and ancient literature in search of watermelon's origins. The quest for tasty watermelon continues into modern times, with the rediscovery of a lost (and legendarily sweet) varietal in South Carolina—and the Nigerian musical secret that might help you pick a ripe one. But the fruit's history has often been the opposite of sweet: watermelons have featured in some of the most ubiquitous anti-Black imagery in U.S. history. So how did the watermelon become the most dangerous—and racist—fruit in America? 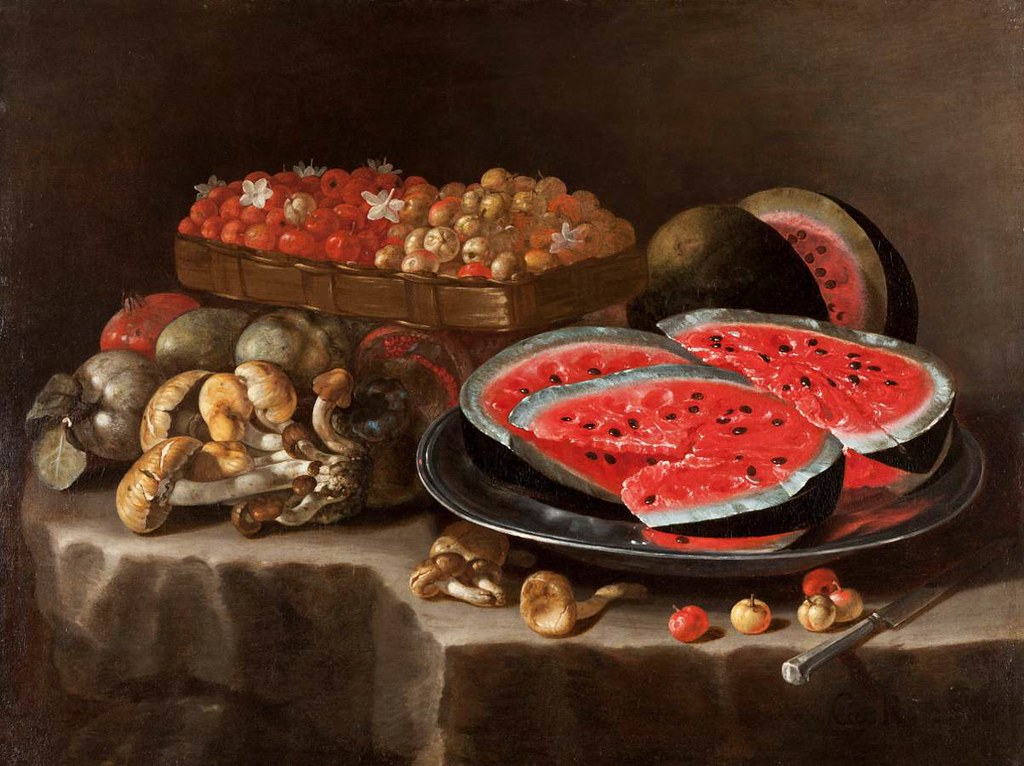 Susanne Renner is a professor of biology at the University of Munich, where she studies the evolution, biogeography, and systematics of flowering plants. Her research into the origins and domestication of Cucurbitaceae crops draws on genetics, archaeology, and the evolutionary history of plant lineages. 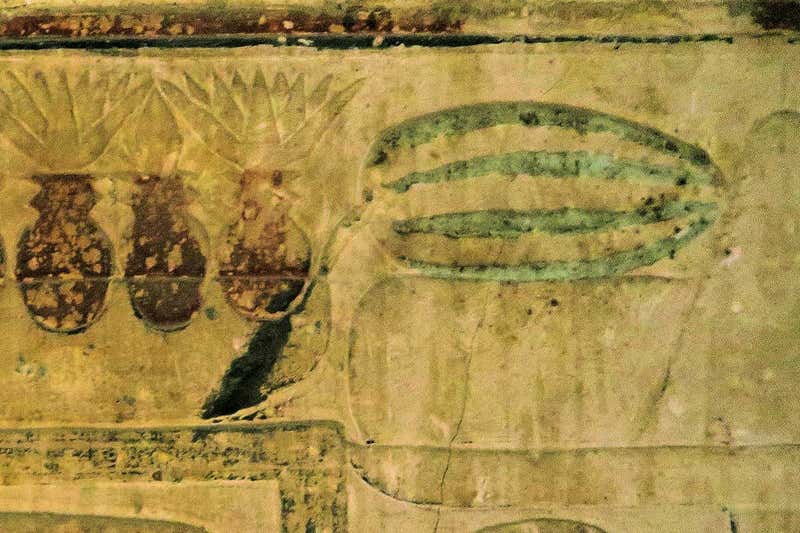 Recently retired, Harry Paris was a senior research scientist at Israel’s Agricultural Research Organization, where he spent 40 years studying the genetics, crop history, and evolution of cucurbits. Harry is also a cucurbit breeder, and he's developed several popular hybrid squash, including the “Goldy” zucchini (1983) and the “Orangetti” spaghetti squash (1986).

Adrian Miller is a lawyer-turned-culinary-historian whose book, Soul Food: The Surprising Story of an American Cuisine, One Plate at a Time, won a 2014 James Beard Award. In addition to his work on African-American foodways, Adrian is also a certified barbecue judge. He is currently working on Black Smoke, a history of African American barbecue culture. You might remember Adrian from our mac and cheese episode.

Shana Klein and The Fruits of Empire

Shana Klein is an assistant professor of art history at Kent State University, where she teaches courses on American painting, photography, and visual and material culture through the lens of race and social politics. Her book, The Fruits of Empire: Art, Food, and the Politics of Race in the Age of American Expansion, is based on her dissertation and explores how representations of food furthered the American empire.

The images below just scratch the surface of racist depictions of watermelon, and are not nearly the most egregious examples. More can be found on the Jim Crow Museum's website, here. 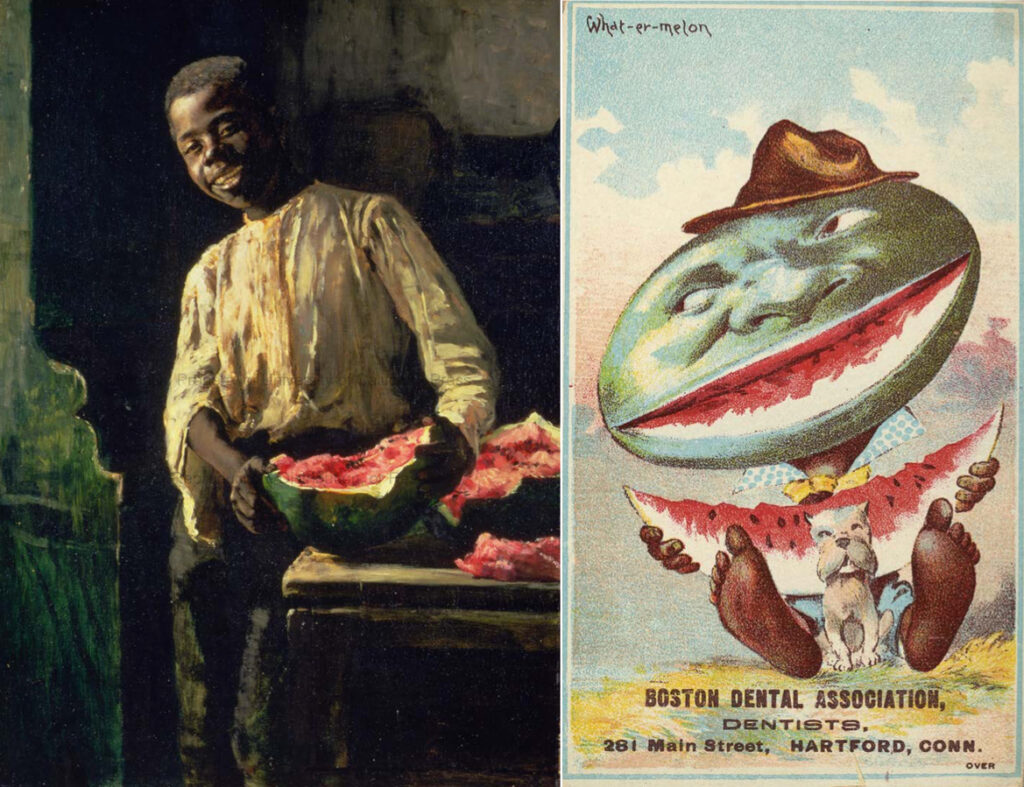 David Shields is a professor in the College of Arts and Sciences at the University of South Carolina. He heads Slow Food’s Ark of Taste for the South, and is author of Southern Provisions: The Creation and Revival of a Cuisine. David’s research has enabled the recovery of many Southern historic crops, including the Bradford Watermelon, Purple Straw Wheat, Seashore Black Seed Rye, Benne, and Carolina Gold Rice.

You, too, can try a Bradford watermelon, though it’s nearly always sold out. You might be able to reserve one from the late-summer crop on the Bradford family website, but you’ll have to pick it up in South Carolina (or content yourself with some watermelon brandy or watermelon molasses, whenever that is back in stock). You can also grow your own! Other watermelon varieties that David recommends include the Crimson Sweet, the Amish Moon & Stars, the Charleston Grey and the Black Spanish. 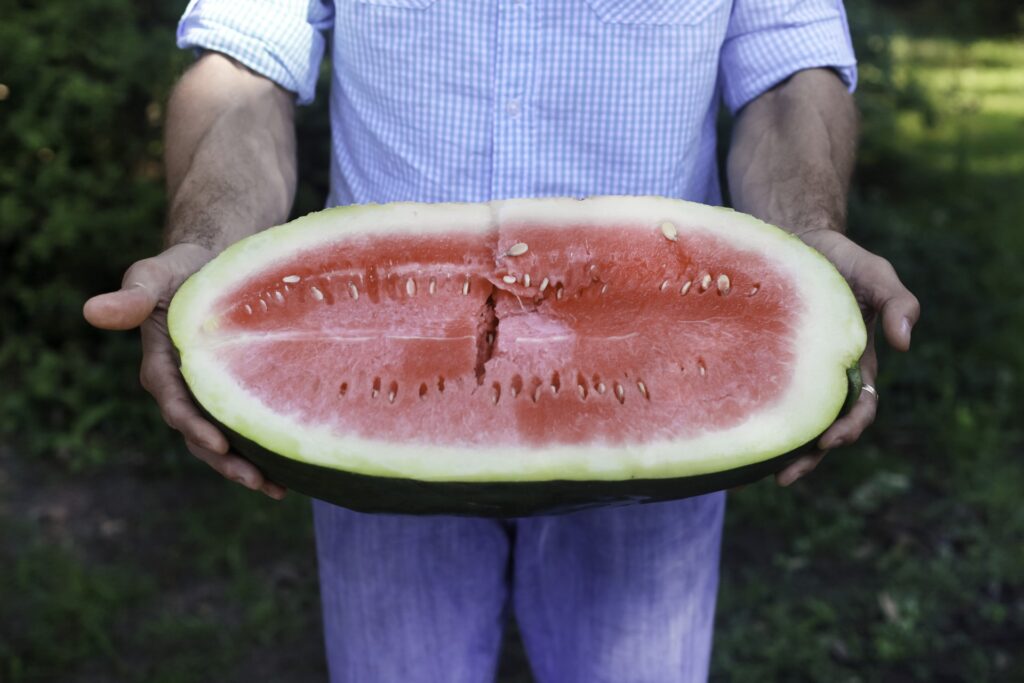 Stephen Onwubiko is a researcher at the University of Nigeria who studies the musical acoustics of traditional Nigerian instruments. His research on watermelon and drum acoustics can be found here. Stephen is a classically-trained vocalist and a member of the Acoustical Society of America. 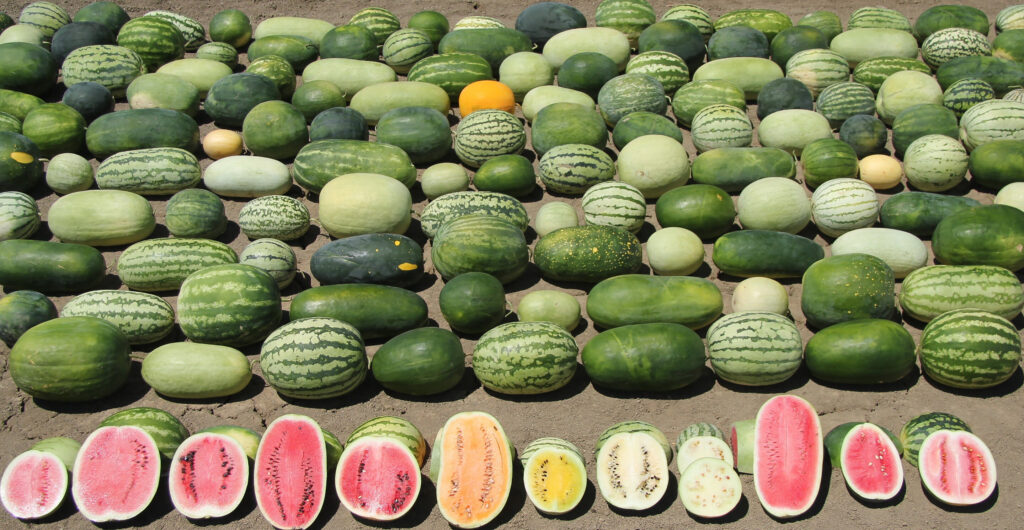 Scientists are studying wild, bitter melons to help improve the many varietals we all like to eat. Photo credit: Xingping Zhang/Syngenta.