Whether enrobed with chocolate in a candy bar or sucked up through a straw on the beach, coconut has become shorthand for the good life: clear blue waters, white sand beaches, and an ocean breeze. But it’s not just a tropical treat. All around the world, people who live alongside the coconut palm refer to it as the “tree of life,” thanks to its ability to provide food, oil, fresh water, and the sturdy raw materials to build homes, clothes, and even musical instruments—all from one plant. But can this delicious, Swiss Army-knife of a nut (that's not technically a nut) also prevent heart disease, clean your teeth, and even stave off Alzheimer's? This episode, Gastropod cracks open what makes coconuts so great, including their role as everything from a Presidential lifesaver to the missing ingredient in nuclear fusion. We've also got the backstabbing battle that made coconut water popular, and the science on all of that Paleo coconut oil hype. Plus, we take on our toughest field assignment yet: traveling to a tropical island to taste the fruit of the tree of life ourselves—if we can just figure out how to get it open...

Kai McPhee runs Punakea Palms, a boutique coconut farm on the island of Maui, Hawaii, that Cynthia and Nicky visited to taste coconut for themselves. 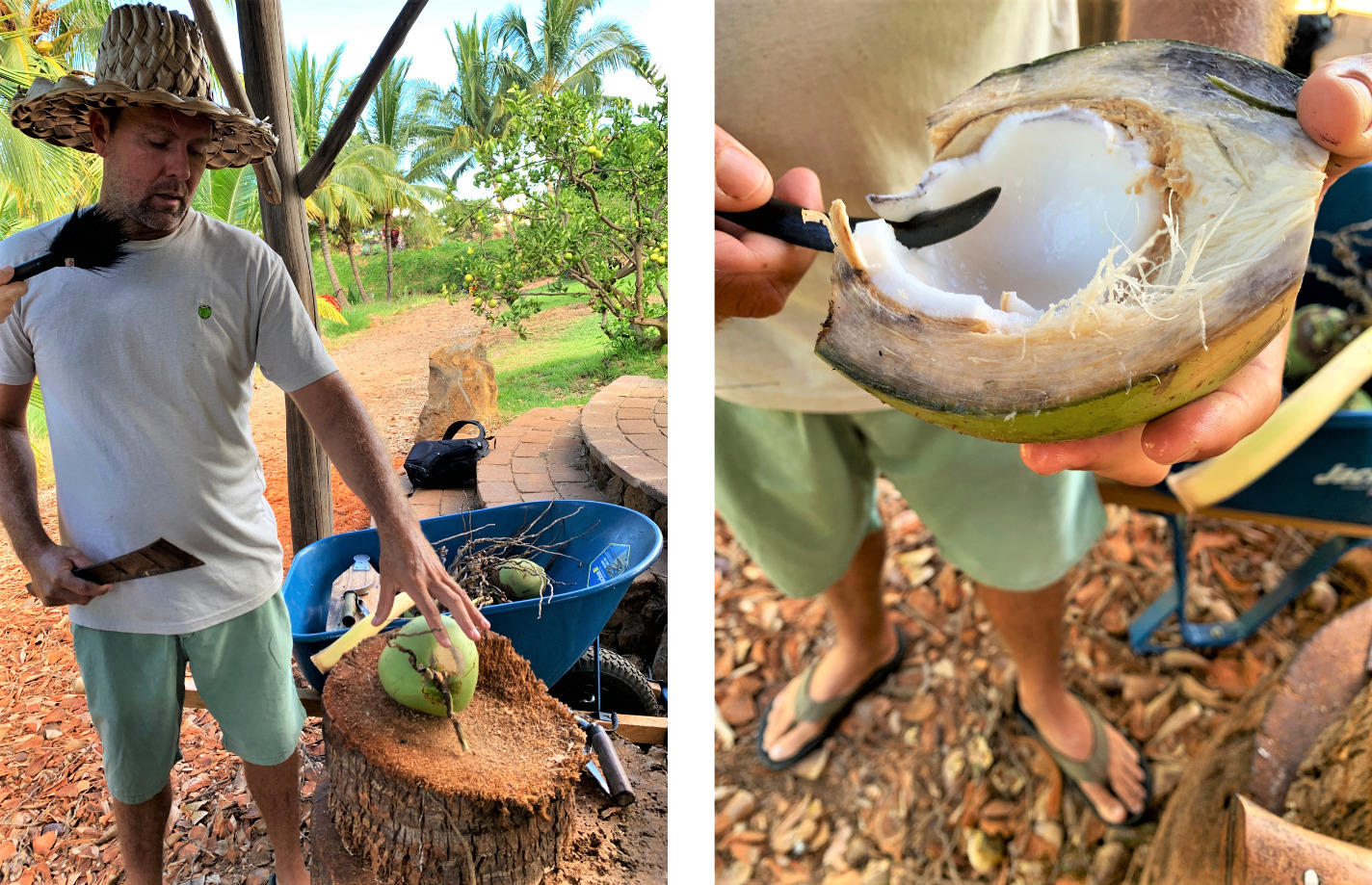 Left, Kai McPhee prepares to chop into a young coconut; right, slicing into young coconut flesh, which is soft and gelatinous, with a fresh flavor. (Photos by Nicola Twilley)

Left, Kai holds out a cracked mature coconut, in which the flesh has become snow-white, hard, and mildly sweet; right, the "face" that led cultures around the world to devise stories about growing coconuts from severed heads. (Photos by Nicola Twilley)

Mary Newman is the co-author, with her sister and writing partner Constance Kirker, of Coconut: A Global History.

Jane Mara Block is a professor at Brazil's Federal University of Santa Catarina and a specialist in the science of fats and oils. You can read her 2019 paper analyzing the research on health claims for coconut oil here.

A coconut goblet, framed in silver and embedded with turquoise, from 17th-century Hungary. According to the Metropolitan Museum of Art, home to this cup today, it was likely offered to only the most prestigious guests after hunting trips. (Image courtesy of The Met)

Special thanks to listener Denis Sellu, who shared with us a love of coconuts that extends from his childhood in Sierra Leone to the modern day. We hope we answered some of your coconut-obsessed questions!