Diet dreams are splashed across magazine covers and blare from the T.V., offering tips and tricks, that will, readers and viewers are promised, make weight loss easy and fast. Diet books making similar claims can be found at the top of the best-seller list without fail, every January. But where does this obsession with losing weight to reach some kind of idealized body type come from? How long have gurus and doctors alike made millions from the West's preoccupation with the "d" word, and why do strange fads such as chewing each bite hundreds of times stick around for centuries? This episode, we explore the history of diets, before asking a scientist: Does anything actually work?

Nobody knows exactly how long humans have elevated a particular physical ideal as the standard, with anyone who who weighs more considered "over." But we do know where and when the word "diet" was invented: ancient Greece. In is original context, "diaita" wasn't solely focused on eating certain foods to achieve weight loss—it was meant to represent an entire way of life, encompassing food, drink, lifestyle, and exercise. With the exception of running naked and regular vomiting, ancient Greek diet recommendations still sound like pretty sensible advice. "They didn't get everything right," Louise Foxcroft, author of Calories and Corsets: A History of Dieting Over 2,000 Years, told Gastropod, "but they did know that a healthy mind and a healthy body made for a healthy society"—for individuals and for society.

But the ancient Greek influence on diet culture had some built in biases that still resonate today. According to Foxcroft, the ideal body was male. "The male is quite slim, he's quite muscled, and he's very beautiful," she told us. "Women can't live up to that—or weren't thought to be able to live up to that. So the onus on diet and on having an ideal body—it's always been a much more difficult concept for women, and that's reflected in our modern diet culture as well." At the same time, early Christian concepts of gluttony, temptation, and morality condemned fat as sin written on the body—another idea that has shaped Western thought on food and weight for millennia. 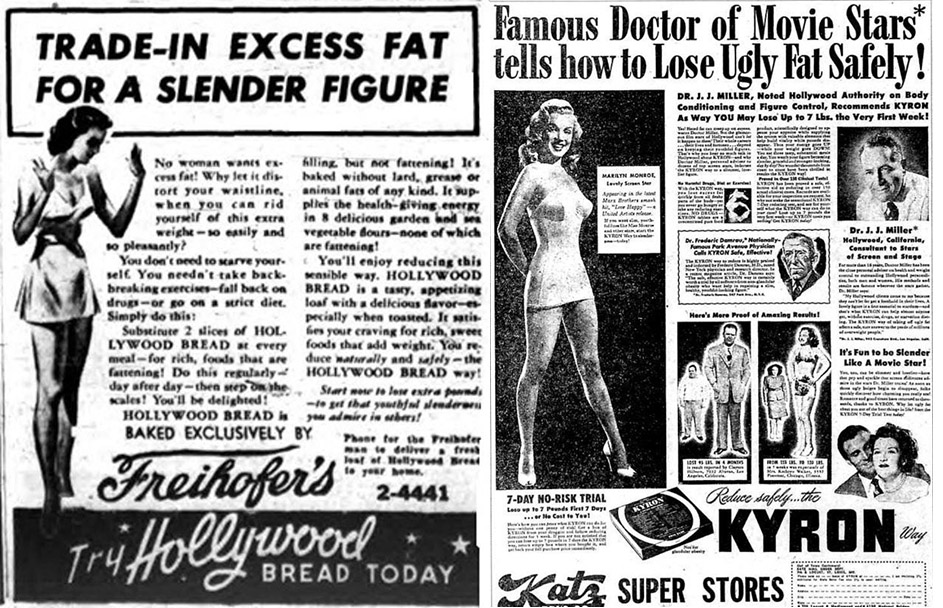 It took another few hundred years for the idea of the diet guru to become an entrenched figure in the West. This episode, we unearth such gems as the first diet bestseller, meet the proto-Atkins, and discover that today's celebrity dieters, from Oprah to the Kardashians, are really only following in the footsteps of Lord Byron. Finally, we talk with Susan Roberts, nutritionist at Tufts University and one of the experts on a panel that recently ranked forty well-known diets in order of effectiveness for U.S. News & World Report. Is there any science behind the low-carb craze? What does the Mediterranean Diet actually mean? And does any diet actually deliver the long-term weight loss they all promise? Listen in!

Louise Foxcroft and Calories and Corsets

Louise Foxcroft is a writer, historian, and broadcaster. In addition to Calories and Corsets: A history of dieting over 2,000 years, she's written on the topics as diverse as the history of the menopause and London's Serpentine lake.

Susan Roberts and the iDiet

Susan Roberts is senior scientist and director of the Energy Metabolism Laboratory at Tufts University, where she holds a dual appointment in nutrition and psychiatry. She served on the panel of experts that recently reviewed and ranked diets in order of effectiveness for U.S. News and World Report. And she has developed her own diet, the iDiet, which she notes is the only diet program ever clinically shown to reduce hunger during weight loss.

This episode, we featured clips of writer, comedian, and activist Lindy West talking to the Food Psych podcast about Weight Watchers and in conversation with Anne Summers at Melbourne's Wheeler Centre, discussing the moral judgement attached to fat. We also included a clip of Susie Orbach, author of Fat is a Feminist Issue, talking to The Guardian. And we recommend enjoying Margaret Cho's "Persimmon Diet" routine in full, as well as Amy Schumer's nutritionist sketch. Huge thanks to our amazing volunteer Ari Lebowitz for finding these clips!