Pasta, sushi, tacos, samosas, and pad thai: In the U.S., enthusiastic eaters will likely be able to name traditional dishes from a wide variety of cuisines around the world. But most of us couldn't name a single Native American dish from any one the vast network of tribes, cultures, and cuisines that spread across the U.S. before Europeans arrived. Today, farmers, activists, and chefs are trying to change that. They're bringing back Native foods—not just to teach all Americans about the indigenous foods of their country, but to improve the lives of Native Americans themselves, who suffer from some of the highest levels of debilitating and often deadly diet-related diseases. Can a return to a Native diet help?

Chef Sean Sherman had been working in restaurant kitchens for decades. Then a strange fact struck him: the food of his people, the Oglala Sioux, was completely unrepresented in American cuisine. He'd grown up on Pine Ridge Reservation in South Dakota, one of the largest and poorest reservations in the country, and his childhood diet consisted of a combination of processed, boxed, and canned government-donated commodities, supplemented by hunting and foraging indigenous plants such as choke cherries and wild turnips. He knew, though, that the Oglala Sioux cuisine was much richer than the handful of Native foods his family hunted and foraged. 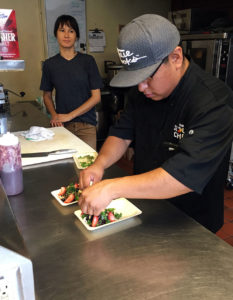 Tashia Hart and Brian Yazzie of the Sioux Chef preparing a salad. Photo by Nicola Twilley.

"I just had an epiphany," he said, "I should be doing the food of my ancestry and my heritage." In the past few years, Sean has launched Tatanka Truck in Minneapolis, a food truck focused on indigenous food, as well as the Sioux Chef, the catering company he runs with his partner Dana Thompson. Today, Sean and Dana are preparing to open a brick-and-mortar restaurant devoted to indigenous foods of Minnesota and the Dakotas. The public seems to agree with Sean and Dana that such a restaurant is needed: the Sioux Chef was the most-funded Kickstarter restaurant project, ever.

In doing this work, Sean is part of a growing movement to bring back Native American cuisine. These flavors were largely lost due to the forced resettlement of tribes far from their homelands, as well as government policies that attempted to force Native peoples to abandon their languages and culture. But, through hardship and even starvation, seeds were carefully saved and passed down through generations. Today, on farms such as Wozupi Tribal Gardens and Dream of Wild Health, these seeds are once again being cultivated. And chefs such as Sean are interviewing elders and scouring first-contact literature to uncover the cooking techniques and flavors that were lost. 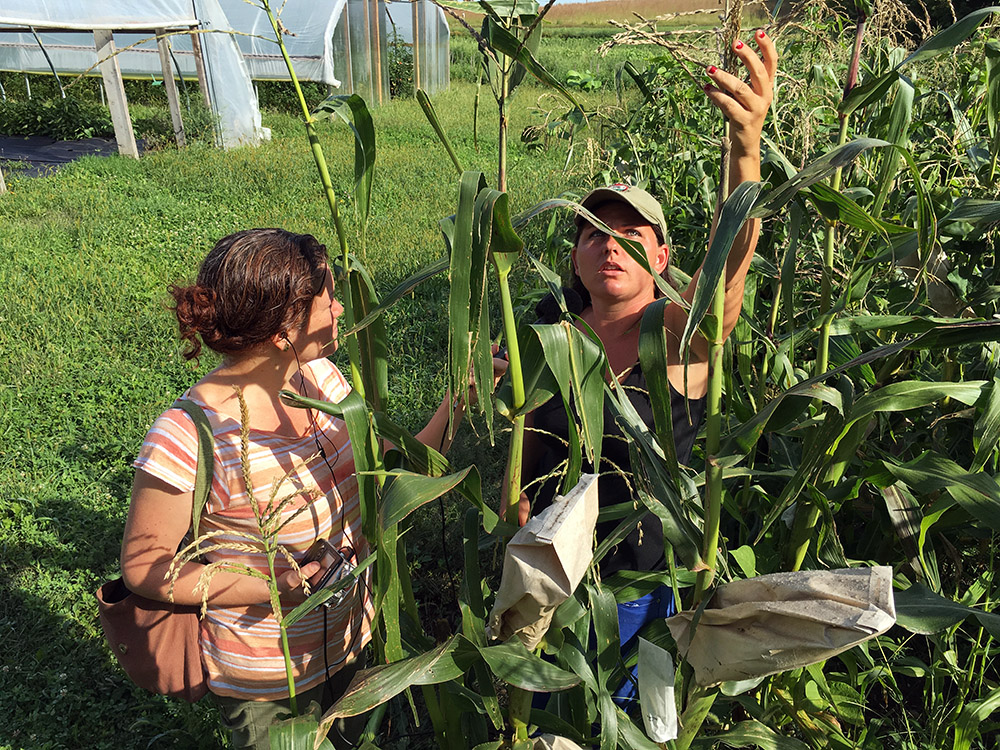 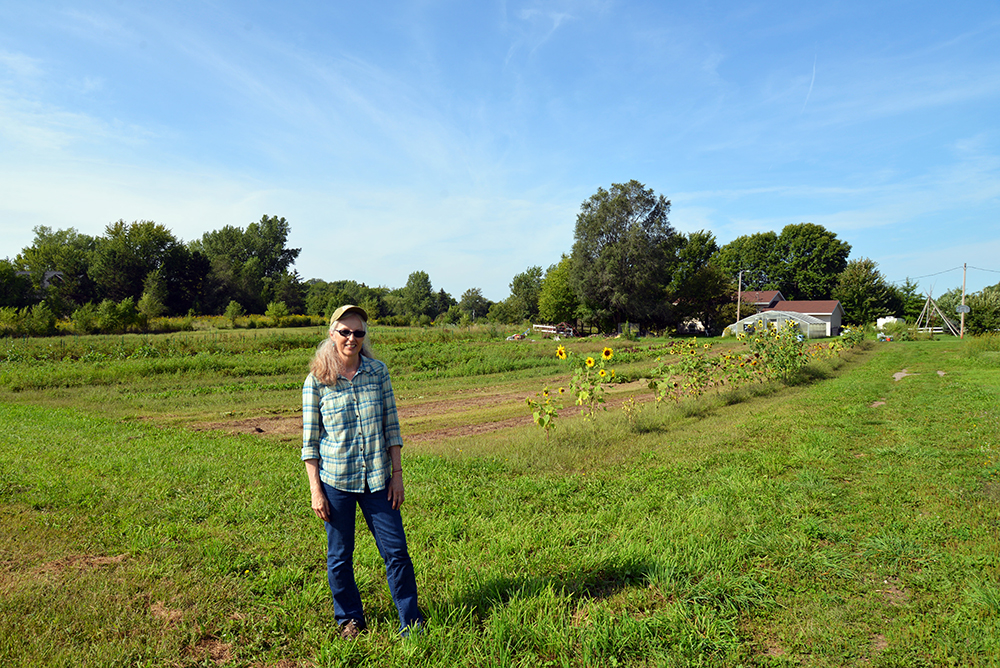 Diane Wilson at Dream of Wild Health farm. Photo by Nicola Twilley.
As important as culture and pride are to Sean and his colleagues, the movement also aims to combat what some have called the new smallpox: diabetes, which has ravaged Native American communities. As many as one out of two children is at risk of developing type 2 diabetes. Rates of cancer and heart disease are also unusually high. We talk to the scientists and public health experts—including the first and only Native American adult endocrinologist in the world—who are studying whether a return to indigenous foods can help combat these diseases.

Join us this episode as we travel to Minnesota to meet some of the farmers, chefs, and scientists who are contributing to the rebirth of Native American cuisine, and trying to save Native lives by growing, cooking, and eating the foods of their ancestors. 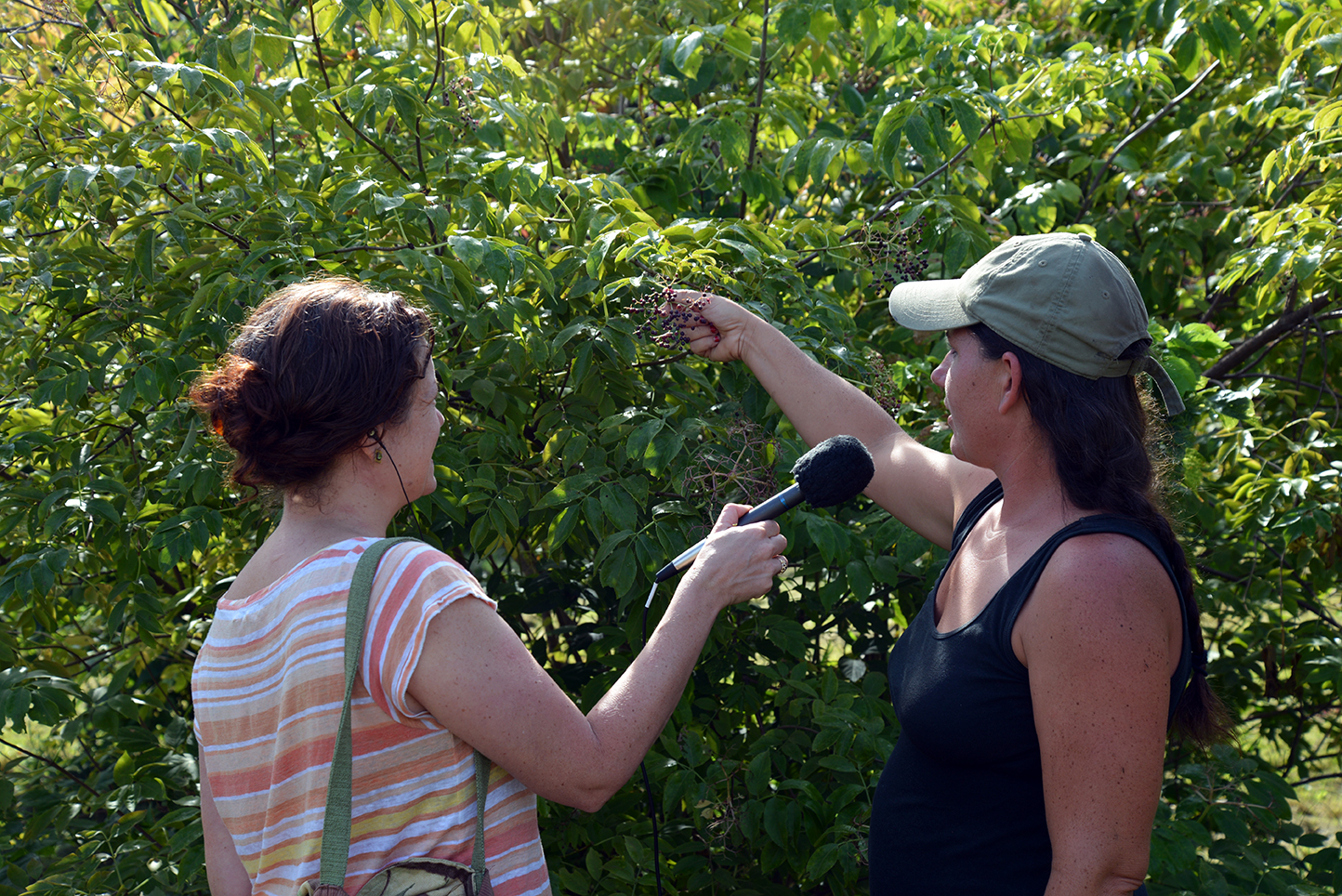 In 2015, Echo Hawk Consulting released its report Feeding Ourselves: Food Access, Health Disparities, and the Pathways to Healthy Native American Communities, authored by Crystal Echo Hawk, Janie Hipp, and Wilson Pipestem, and commissioned by the American Heart Association and Voices for Healthy Kids. You can download it as a PDF here.

Chef Sean Sherman and his partner Dana Thompson are building their catering company, The Sioux Chef, into a flagship restaurant. You can find out more at their website. 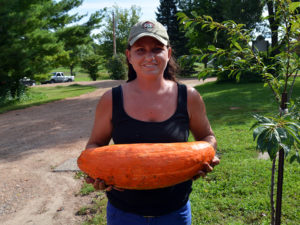 Tiffany Beckman, the first American Indian adult endocrinologist, was one of the people who helped organize this conference on Native American nutrition, which took place just last month.