With the help of celebrity chef and entrepreneur Jet Tila, award-winning restaurateurs Saipin and Sabrina Chutima, and author Mark Padoongpatt, in this episode, we trace the history of Thai food in America, from pad thai’s surprisingly recent origins to the Thai government’s efforts at gastrodiplomacy. Along the way, we explore the concept of “yam” and get a Thai cooking lesson over Zoom—and we'll have the recipe for that delicious tom kha soup in our special supporters' newsletter!

A note for our listeners: Some of you may have noticed that our speakers use both the term "kaffir" lime and "makrut" lime. We decided to keep the voices of those speaking about their own cuisine in our episode, but wanted to note that while the origins of the term "kaffir" lime are murky, it's considered an offensive and racist slur in many regions of the world today. You can read more about the issue here.

Saipin Chutima is the chef and owner of Lotus of Siam in Las Vegas, known for popularizing Northern Thai cuisine in the United States. Jonathan Gold called it “the best Thai restaurant in North America.” Saipin is the first Asian-born chef to win a James Beard award cooking the food of her own culture. Sabrina, her youngest daughter, has joined the family business as her mother’s sous chef. 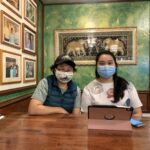 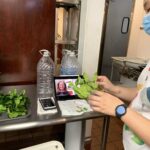 Sabrina shows Cynthia the makrut lime leaf from their garden 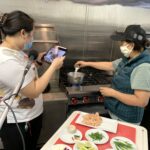 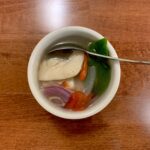 Jet Tila is a chef, entrepreneur, and Food Network star known for his appearances on “Iron Chef,” “Chopped,” and “Guy’s Grocery Games.” He hosts the Food Network show “Ready, Jet, Cook” and is the author of the cookbook 101 Asian Dishes You Need to Cook Before You Die and co-author of 101 Epic Dishes with his wife, pastry chef Ali Tila.

Mark Padoongpatt is an associate professor and director of Asian and Asian American Studies at the University of Nevada, Las Vegas. Flavors of Empire: Food and the Making of Thai America is his first book.