Here’s a little riddle for you: What’s all around you, but can’t be seen, smelled, or tasted? Hint: It’s in your Oreos, Nutella, instant noodles, dish soap, shampoo, lipstick, potato chips, pizza dough, packaged bread, chocolate bars, ice-cream, and biodiesel. The answer is ... palm oil, the hidden ingredient on just about every aisle of the grocery store. It's the most ubiquitous, most important, most interesting oil that most of us don't really know. But palm oil wasn’t always so big, or so anonymous—in its West African homeland, it’s a fragrant red oil traditionally used in cooking and ceremonies. So how did palm oil go global? What does it have to do with the European colonization of Africa, soap for grimy factory workers, Girl Scout cookies, and Alfred Nobel of Nobel Prize-fame? How has growing demand for all things palm oil driven deforestation and peat fires in Southeast Asia—and what can we do if we want to rethink our destructive palm oil addiction? 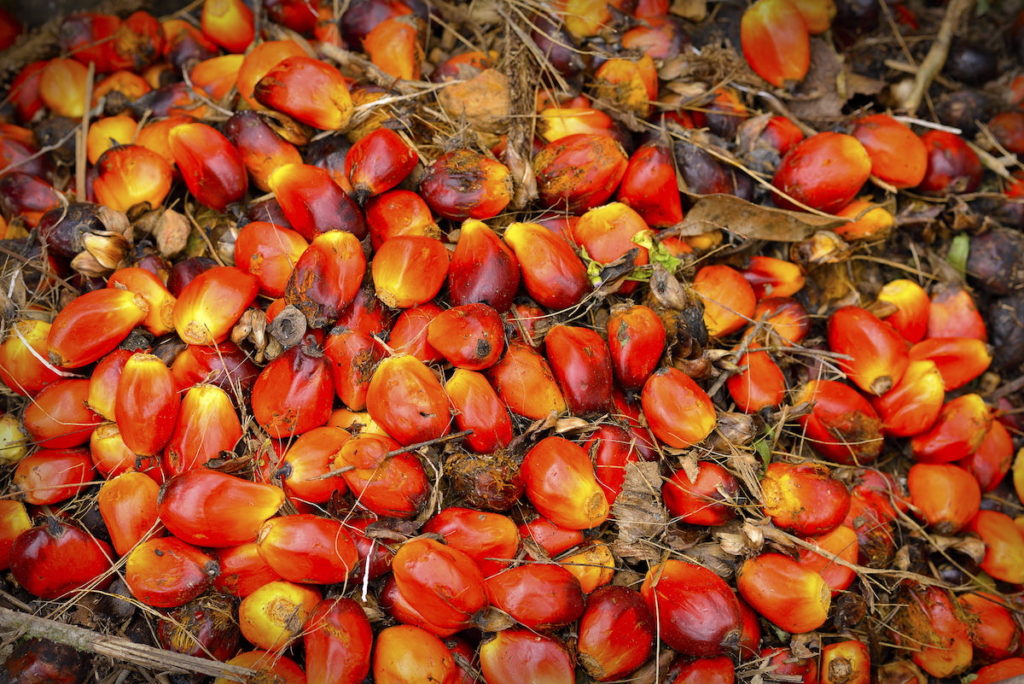 Fruit of the oil palm

Jonathan Robins is a professor of history at Michigan Technology University, where he studies the history of globalization, imperialism and colonialism, and capitalism and industry. His first book, Cotton and Race across the Atlantic, is about the failure of British colonial cotton growing projects in sub-Saharan Africa. Oil Palm: A Global History tells the story of oil palm told over centuries and continents.

Jocelyn Zuckerman is a James Beard Award-winning journalist and former editor at Gourmet. Her first book, Planet Palm: How Palm Oil Ended Up in Everything—and Endangered the World, is an account of palm oil’s destructive impact on the planet. 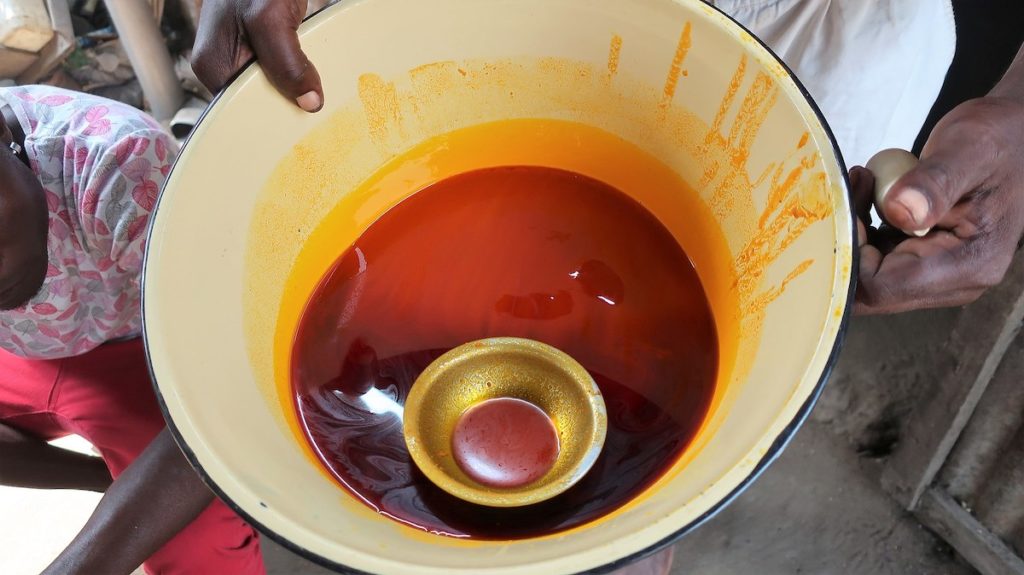 You might remember Simi Adebajo from our episode on bouillon. Simi is the head chef and owner of Eko Kitchen, a restaurant and catering operation in San Francisco and Los Angeles that serves Nigerian comfort food. She’s been featured in Bon Appetit, Eater, and the San Francisco Chronicle. 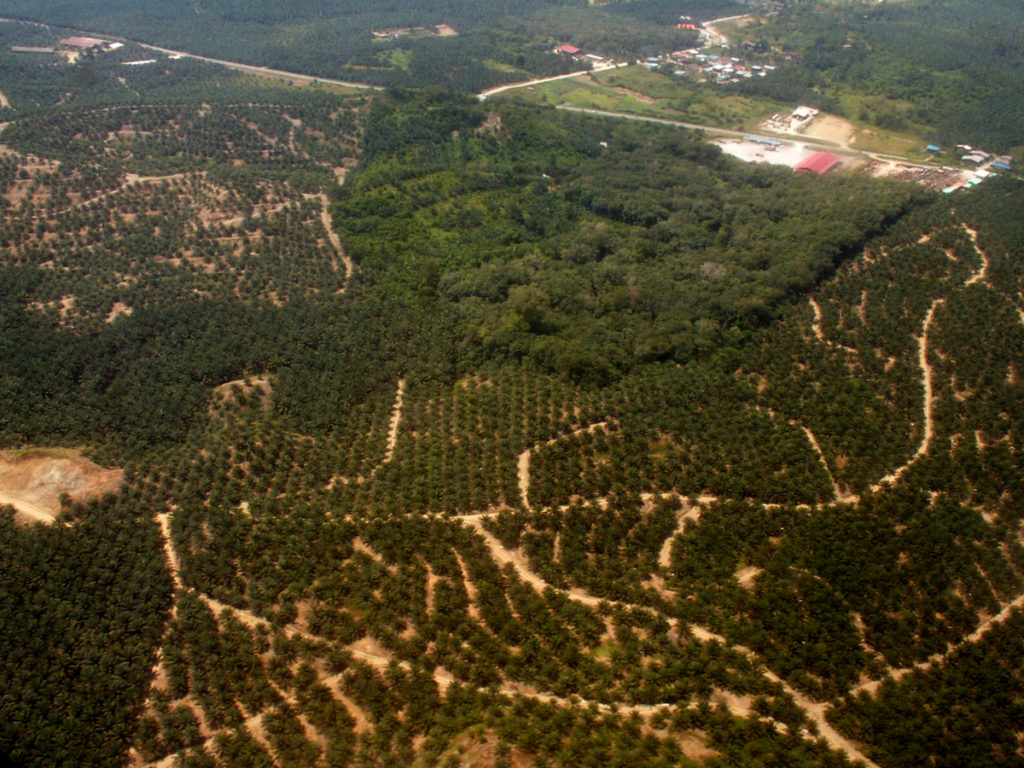 Pujo Semedi is a professor of anthropology at Universitas Gadjah Mada in Yogyakarta, Indonesia, where his research focuses on fishing, agriculture, and plantation communities, and tourism. With Tanya Murray Li, he is co-author of the recent book Plantation Life: Corporate Occupation in Indonesia's Oil Palm Zone.

More on palm oil from Eater

Our friends at Eater published an excellent long-form reported piece on the disastrous effects of the palm oil industry on Thailand's peasant farmers, and how the Southern Peasants’ Federation of Thailand is fighting back. 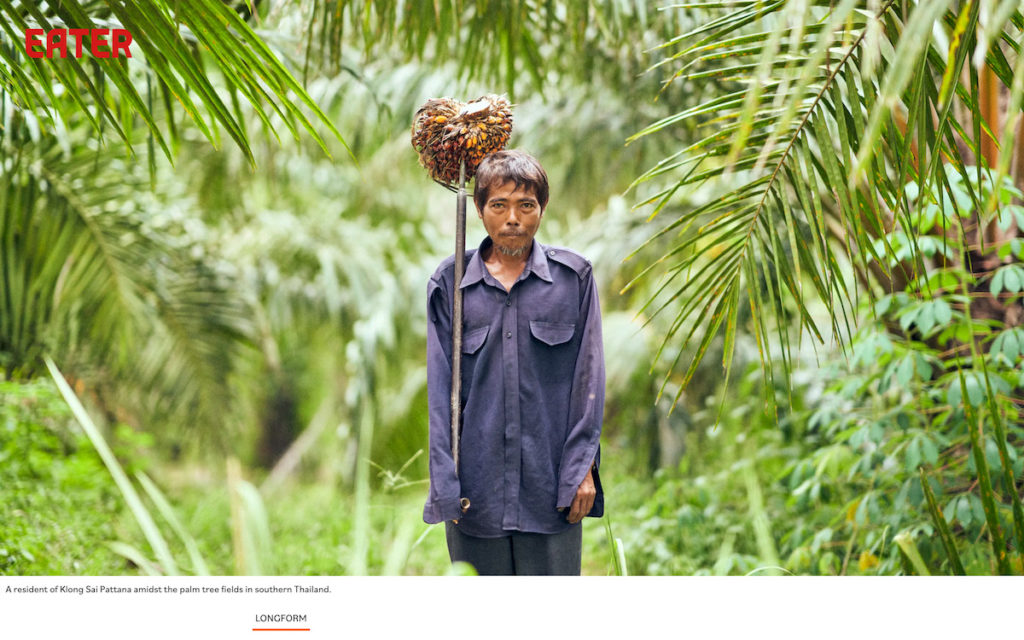